Planning to hire a chef to create a meal plan for your next dinner party?

Consider Chef Watson, who can help spice up your table, works for free, and can whip up recipes for one-of-a-kind dishes based on your most impulsive culinary whims or the ingredients you have in your pantry. 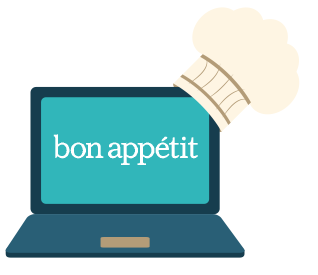 Watson, IBM’s supercomputer, first revealed its artificial intelligence prowess on Jeopardy! in 2011 and then entered the kitchen in 2012 to test how artificial intelligence could serve as a sous chef. In pursuit of this experimental entrée, IBM gained permission from Institute of Culinary Education to apply algorithms to its rich database of recipes to see what ingredients tended to be combined and then generated new, surprising dishes.

In 2014, Chef Watson went commercial with a limited release of Bengali Butternut BBQ Sauce, which contained butternut squash, white wine, dates, Thai chilies, and tamarind. At the time, IBM said, “It’s got a slow, warm heat and a kick.”

The artificial-intelligence cooking app (ibmchefwatson.com) now feeds from Bon Appétit’s 10,000-recipe archive, allowing cooks to concoct recipes by selecting up to four ingredients matched with a specific style of cuisine.

Sometimes the outer limits of foodie imaginations can inspire Chef Watson to spit out recipes like a rutabaga burger, oxtail chops,  or kiwi meat roast. There are even published reports of milk chocolate added to a clam linguine and mayonnaise in a bloody mary. If you let it, computer-assisted cooking might land prunes in your tuna salad.

Anything goes in Chef Watson’s repertoire, where there’s no cookie-cutter cuisine to be found.

Only one thing is certain, however.

Despite Watson’s wizardry, he’s still a short-order cook with a flair for matching food combinations. The real-life cook is still the one who seasons the broth and keeps the hearth burning.