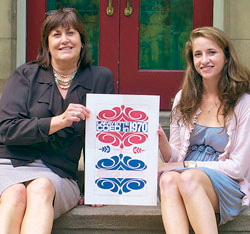 Working as an EXCEL Scholar with Diane Windham Shaw, special collections librarian and College archivist, Sarah Shuster conducted research and helped create a web site that documents Lafayette’s journey from an all-male college to a coed institution. “Lafayette: Coed in 1970” (sites.lafayette.edu/coeducation) contains newspaper and magazine articles, documents, and samples from more than 50 interviews that document Lafayette during the ’70s. Shuster, of Forest Hills, N.Y., is majoring in philosophy and government & law.

1942 — The College provided summer school, the first in Lafayette’s history, in which 135 students enrolled, five of them women.

1946 — Mary Maschman, wife of Jack Maschman ’49, was at Lafayette on the G.I. bill along with her husband. She had been a Navy WAVE. (Just after the war, the trustees took action to permit wives of G.I. students to attend classes for credit, but not for a degree. Nearly 75 women did so.)

1954 — Clay Ketcham became a member of the Education Department. She was the first woman hired permanently for the Lafayette faculty.

1956 — Carole Hirsch was in attendance for her senior year because of her recent marriage to Foster Hirsch ’57. Although enrolled at Lafayette, she received her degree from Bucknell.

June 1, 1967— A special faculty committee was established “to explore the possibility of admitting females to degree programs at Lafayette College.”

April 2, 1968 — The Faculty voted to recommend to the Board of Trustees that “the admission of women to all degree programs at Lafayette College be authorized as soon as practicable.”

Winter 1969 — An issue of the Lafayette Alumnus was published in which staff, students, and alumni contributed arguments, pro and con, about the proposal of a coed institution.

June 27, 1969 — The day that Lafayette went coed. By a 19-9 vote, the Board of Trustees passed its resolution mandating “that women be admitted to all programs of the college.”

September 1970 — Lafayette welcomed 146 women, 123 freshmen and 23 transfers.
1970 — Jeanette Reibman was the first woman elected to serve on the Board of Trustees.

Fall 1971 — Marked the introduction of women’s athletics at Lafayette.

February 2, 1971 — A poll of Lafayette women in The Lafayette indicated that almost half of the respondents (26 out of 54) expressed “substantial dissatisfaction” with their experiences at the College.

1972 — Candace Kovner ’72 was the first woman nominated for the Pepper Prize. She also served as one of the College’s first female admission counselors.

1972 — Linda Yock Baker was the first female to receive a degree from Lafayette.

1976 — An evaluation of women’s athletics mandated by Title IX revealed that the program suffered from inequality in terms of equipment, facilities, money, coaches, and publicity.

October 1977 — The Lafayette administration approved the creation of sororities.

1977 — Catherine Patterson ’77 was the first woman to win the Pepper Prize.

1978 — Julie Fleener served as the founding president of Beta Gamma, the first official sorority on the Lafayette campus.

1980 — First woman editor of The Lafayette was Ann Gallagher.

1981 — The College started offering gender-oriented courses in history, anthropology and sociology (Sex and Gender: A Cross Cultural Perspective), and psychology (The Psychology of Sex Roles).

1983-84 — The College began to offer an English course on Literary Women and an interdisciplinary Introduction to Women’s Studies.

2010 — Women make up more than 46 percent of the student body and more than one-third of the full-time faculty. 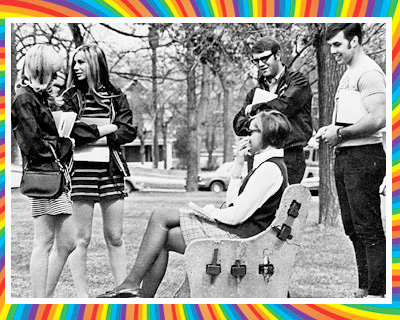