This year, Lafayette is celebrating the “groundbreaking” and start of construction of the Oechsle Center for Global Education. The College has naturally progressed to this edifice after a rich history of global interaction and communion. 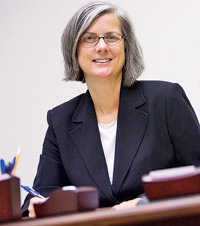 Throughout our history we have educated students from all over the world. Perhaps it is not surprising that among our first graduating class there was a student born in Scotland. But by the 1870s, Lafayette was educating Nai Chu from Siam, Carlos Branby from Columbia, Tadaypaly Veeraragava Roy from India, Sei Ychi Tegima from Japan, Agha Buaurkkhan Musa from Persia, and more.

One early international student deserves special note — Jaepil Soh from Korea. Phillip Jaisohn, as he later became known, was committed to changing the Korean monarchy to a democracy by educating all its people, men and women (see “Jaisohn Was Champion for Korean Independence“).

In the early 1900s we established a campus in Persia (present-day Iran), which eventually was named Albortz College.

In the mid-1940s, Lafayette, under President Ralph Cooper Hutchison, started to create the Watson School of International Affairs. Perhaps overly ambitious, perhaps zealous, this school did not survive. Meant to be a separate pre-professional school, it was not integrated well into the curriculum or the rest of campus.

Watson Hall, built for students interested in this program, remains as a student residence, with “Watson Hall of International Affairs” still etched in its façade.

Although impressive, it was limited and exclusionary—open only to social science majors.

Our current focus on global education is different than in the past. Our new programming (see “The New Face of Global Education”) will pave avenues, open corridors, and provide access to opportunities for faculty and all our students.

Wendy L. Hill
Provost, Dean of the Faculty,
and Rappolt Professor of Neuroscience
Our Pulse Our People