On the first Thanksgiving, Europeans and Native Americans came together in this new world to break bread in peace and brotherhood.

But did anybody bring a six-pack of tallboys?

We know that 17th-century Europeans who came over on the Mayflower believed in piety and a strict religious code, but they were beer drinkers too. Maybe there weren’t many Plymouth Rock toga parties, but according to Bethlehem, Pa., historian Mark Will-Weber, these early settlers drank beer because it was safer than water. Brewing and alcohol removed bacteria that caused waterborne illness. 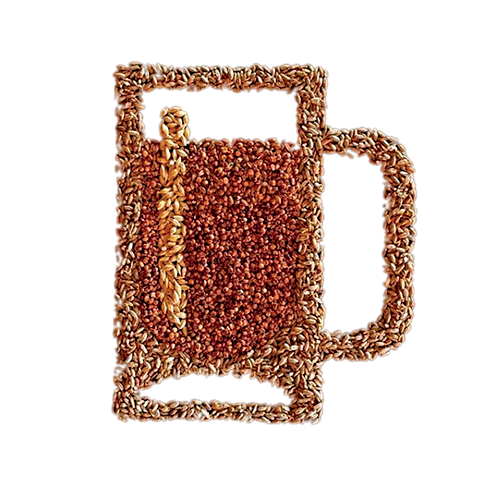 In his book Mint Juleps with Teddy Roosevelt, Will-Weber cites a 1620 diary entry by William Bradford from the Mayflower: “Munday the 25. being Christmas day, we began to drink water aboord, but at night the Master caused us to have some Beere, and so on boord we had diverse times now and then some Beere.”

The Pilgrims originally had intended to sail south from Cape Cod to Virginia to create their first colony. According to a story on vinepair.com, the first European immigrants opted to stay in New England in part because they’d run low on suds, and Captain Christopher Jones refused to go farther.

How did this early colonial beer compare with, say, Budweiser?

“They were probably very similar,” Will-Weber says, although the brew was likely made of corn. Colonists also used molasses, pine, and pumpkin to make beer.

In any case, it wasn’t the first beer to appear in the colonies. The National Park Service says on May 24, 1607, the first feast at the first permanent settlement of Jamestown included beer.