In fall 2013, Riley Temple ’71 contacted then-Provost Wendy Hill with an idea for a project involving the College’s LGBTQ community. The first openly gay alumnus appointed to the Board of Trustees, Temple knew he wasn’t the only student to have struggled with his orientation on campus. But no official account existed to suggest otherwise.

“What I sought to do was make sure we re-examined our entire history for evidence of the existence of homosexuality on Lafayette’s campus,” says Temple.

Hill, now head of Agnes Irwin School for girls, took Temple’s proposal to Diane Shaw, director of special collections, and Mary Armstrong, professor and chair of women’s and gender studies (WGS). The women were intrigued: Would the archives even contain a record of gay people? And if so, how could WGS intersect with historic materials? 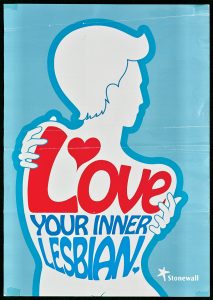 These questions ultimately led to the development of the Queer Archives Project (QAP), a three-prong initiative consisting of oral history interviews of LGBTQ alumni, a digital humanities website linking LGBTQ memorabilia such as posters, photographs, and newspaper articles to the audio stories, and the curricular addition of queer studies.

The goal is to document gay culture on campus throughout the decades not only for historical purposes, but as a way to grow awareness and inclusion of a community that until recently has existed in the shadows.

After meeting with Hill, Shaw and assistant archivist Elaine Stomber ’89 started searching for items related to sexuality and LGBTQ issues. They found copies of policies regarding domestic partnership benefits, distribution of birth control at Bailey Health Center, and a history of the campus Gay? Fine by Me movement. 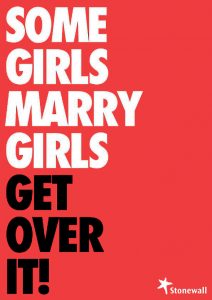 It was enough material to cover three library tables. At the same time, Armstrong launched a course titled Sexuality Studies in spring 2014 under the auspices of WGS and tasked her students with tracking the history of sexuality at Lafayette through the archival discoveries of Shaw and Stomber.

“The students were riveted, and they developed incredible projects,” says Armstrong. “It was also an opportunity for them to archive their own papers and make their research a part of Lafayette’s history.”

The oral history component, modeled after the College Archives’ tradition of recording stories from underrepresented groups on campus such as African Americans and women, followed in fall 2016. The president’s office provided money to transcribe interviews.

Harlan Levinson ’83, a financial adviser at Morgan Stanley, was one of the first to record his story. “I think the look back is really important,” he says. “How do you plan for the future if you don’t understand your past? The fact that Lafayette is examining its past is helpful.”

The digital humanities component launched in spring 2016 soon after the arrival of Charlotte Nunes, director of digital scholarship services. 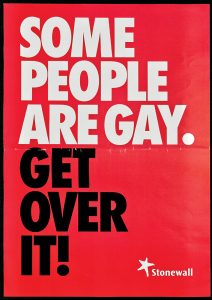 “The Queer Archives Project tries to get every player playing simultaneously,” says Armstrong. “So rather than just a faculty member teaching a class, or the College Archives doing more alumni interviews, or Digital Scholarship Services creating a website, we wanted to put together a project that was both groundbreaking and more than the sum of its parts.”

Courtney Howell ’20 is one of three student research assistants involved with the digital humanities project. In the role she’s held since last spring, she uploads and organizes content to connect with other components of the site.

“It’s a great resource tool for students,” says Howell, an international affairs and women’s & gender studies double major. “It will also bring awareness about LGBTQ issues to the Lafayette community.”

The QAP anticipates the digital humanities project will launch next spring. To learn more, visit queerarchivesproject.lafayette.edu.