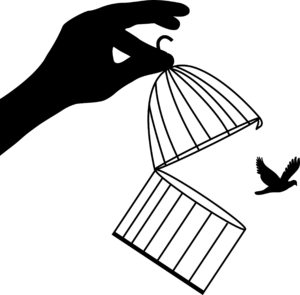 At a spartan diner in Tannersville, Pa., a woman sits at a table with a cup of coffee. The morning breakfast rush is winding down, but she is just coming out of work—a third shift supervisor at Brookdale Recovery, a posh addiction treatment center in the Pocono Mountains.

She orders bacon but hardly touches it as she talks about her life: what led her to jail, life inside, and her determination to succeed outside. Ashley Biasi is one of the principle story lines in Sikand’s film and has often joined Sikand at screenings.

At 13 years old, Biasi fell in with the bad scene in her small slate belt town. She soon started selling drugs. It was easy money, and she was good at running the business. By age 26, she had four pending court cases, all stemming over a single month, that targeted her business partner in a home raid and saw her arrested for assault and intent to deliver.

She recounts these details with a mix of pride and regret. It’s different from the sharp edge she walked in the film Inside/Outside where she never wanted to drop the hard-edge persona she hid behind in jail.

Regret is a deep well that she draws from slowly; the waters from which now nourish her life and career success. Jail was the divining rod that led her to that well.

Her plea deal netted her 18 months. At first she took comfort in the routine inside: meds, meals, and working as a runner to collect trays and laundry. She took every program she could, including reentry résumé writing, Journey Home, and yoga.

But two 30-day stints in the hole forced her to be honest with herself.

“I was best at being the worst,” she says. “If I was released early, I’d have come right back in. I only realized how messed up I was as I watched women unable to stop that cycle. Many were women who bought from me. Inside they became more than a quick sale. I got to know them on a different level, hearing their goals and learning about their kids. It was hard to watch them come in, leave, and then come back again, hanging the same pictures of their kids on the wall.”

Compounding this was the misery that accompanied her second birthday, second Thanksgiving, and second Christmas inside. Those days were a weight on her, heavy with all that she was missing.

“In jail, time stops,” Biasi says. “Being in front of the camera in that environment with everyone watching you can be uncomfortable when battling that persona and battling yourself. But it is the place to deal with your real self and the persona you keep up.”

Upon release, though, she froze. She lost her daily routine, and her anxiety spiked. She didn’t want to leave her room, talk to friends, or go out of the house. While she agreed to get her license, she then refused to drive. For the first six months outside, she lived in a kind of self-enforced exile.

“I was scared, not wanting to go back inside,” she says.

Landing a job gave her confidence a boost. She started at a behavioral health center before jumping over to Brookdale, where today she is supervisor of the rehabilitation unit and often works double shifts.

“I relate well to those I work with,” she says. “I feel better helping to fix lives that have been previously messed up. I see their hurt, understand that hurt, and can help that hurt.”