WHEN THE LIGHTS dimmed for a revival of Godspell in New York City’s Circle in the Square Theater Nov. 12, the audience included members of the cast who performed the play 25 years ago at Lafayette. 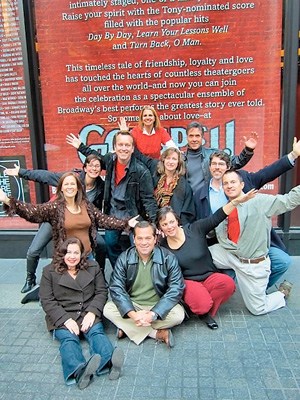 In March 1986, a cast and crew of a dozen students enlivened Colton Chapel with the first modern-era student-run theater production at Lafayette, Godspell, a musical interpretation of the Gospel of Matthew.

The 1986 production raised $1,000 for a student-run soup kitchen operating in Easton and laid the foundation for more than $100,000 collected for charities through other Lafayette musicals sponsored first by the Chaplain’s Office and now as the Marquis Players.