The Los Angeles Times features most-played football rivalry (“In Many Ways, ‘The Rivalry’ between Lafayette, Lehigh is Unrivaled,” Nov. 19, 2011).

The Chronicle of Higher Education article on the changing marketplace for professors highlights Lafayette as one of the few higher education institutions expanding its ranks during a weak economy and Mary A. Armstrong, associate professor of English and chair of women’s and gender studies, whose track record was important in the College’s initiative to strengthen interdisciplinarity. She is one of five professors hired in a cross-disciplinary role (“Fewer Paths for Faculty,” Sept. 22, 2011). 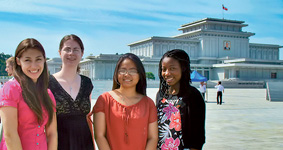 The Chronicle of Higher Education highlights Lafayette as the first American college or university to offer a credit-bearing study-abroad program in North Korea and interviews Margaret A. Abelkop ’14, one of 17 students who participated (“The City of Pyongyang Was Actually Very Lively,” Sept. 4, 2011). 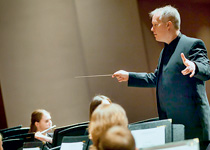 Inside Higher Ed interviews John Meier, director of research services and professor of mathematics, on writing as a tool to understand the ideas and logical structure underpinning the computations (“Writing About Math,” July 6, 2011).