The Marquis de Lafayette was 19 when he first came to America in 1777 to fight for its freedom. When he returned in 1824 for his Farewell Tour, the Frenchman was 67.

By then the entire nation celebrated his name as he made his way through all 24 states in the Union.  People turned out by the tens of thousands to see him, and major cities attempted to outdo each other in grandeur of their welcome.

In this issue we follow the Marquis to Baltimore, one of his favorite cities. During his 14-month tour, Lafayette visited Baltimore seven times for a total of 19 days, more than any other city besides the capital, according to Alan Hoffman, president of The American Friends of Lafayette.

Lafayette’s private secretary, Auguste Levasseur, who chronicled the trip, described Baltimore as one of the prettiest cities in the Union, noting the “gleaming waters of the Chesapeake and the dark forests extending far away.”

Trace his journey through the magical tableau of Baltimore as a “Guest of the Nation.” 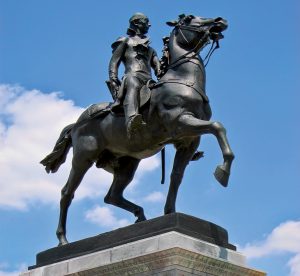 An imposing bronze statue of Lafayette astride his horse looms over the south end of Mount Vernon Place near the Washington Monument. It was dedicated on Lafayette’s birthday, Sept. 6, in 1924, 100 years after his Farewell Tour. The Oneida tribe, whom Lafayette recruited to the American cause, apparently referred to him as Kayewla, meaning fearsome horseman 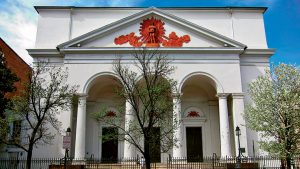 The church is the first building erected for Unitarians in the United States and the oldest building continuously used by a Unitarian congregation. Auguste Levasseur, Lafayette’s private secretary during the 1824-25 trip, described the domed building as a “masterpiece of elegance and simplicity.” 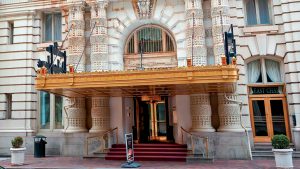 Baltimore’s first luxury hotel wasn’t built until 1903, so Lafayette never stayed there, but he did know Col. John Eager Howard, whose nearby Belvedere estate the building is named after. Howard was a veteran of both the Revolutionary War and War of 1812. When Lafayette visited Fort McHenry, Howard greeted him on behalf of the Maryland Society of the Cincinnati. After a procession escorted Lafayette into the city, Howard sat on a review platform listening to the military band play “The March of Lafayette.” The Belvedere has since been converted to condominiums, but The Owl Bar remains as one of Baltimore’s most beloved watering holes. 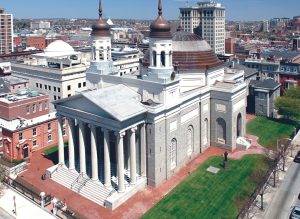 The first Roman Catholic cathedral built in the United States, Baltimore Basilica was among the first major religious buildings constructed in the nation after adoption of the U.S. Constitution.  Lafayette attended services there in October 1824, which was unusual because he was not a practicing Catholic, although his late wife, Adrienne, had been a devout one. 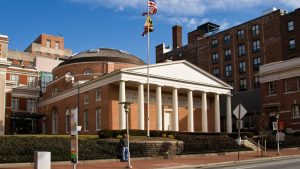 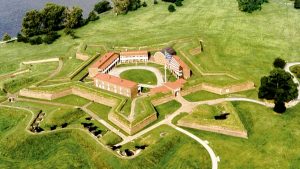 The valiant defense of Fort McHenry during the Battle of Baltimore in 1814 inspired Francis Scott Key, who was being held captive on a British warship, to write “The Star-Spangled Banner.” When Lafayette visited the fort in October 1824, he was greeted by Revolutionary officers and a detachment of infantry who opened their flanks to reveal George Washington’s tent. Lafayette is said to have been greatly moved by his old friend’s battlefield lodgings. The fort is now a national park and popular tourist destination. 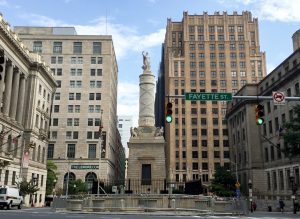 Lafayette also visited America’s first war monument, the 52-foot-tall marble structure that honors the 36 men who died during defeat of the British in the Battle of Baltimore in the War of 1812. Architecturally, it is considered to be the first Egyptian structure in the United States with a base designed to look like an Egyptian sarcophagus.