Cancer survivor Ruth Gilbert Crane ’93 brightens the lives of others going through treatment.

After her third round of chemotherapy, Ruth Gilbert Crane ’93 spiked a fever in the middle of the night and had to be rushed to nearby Cleveland Clinic in Ohio. There was no time to pack a bag, so when her husband, Travis Crane ’94, asked the next day what she wanted from home, she told him all the things that made her feel “normal.”

“I didn’t have any makeup, or earrings, or a scarf or wig for my head,” says Crane, who was diagnosed with breast cancer in 2008. “When I put those things on, I felt a thousand times better.”

The experience got her thinking. Maybe other women going through treatment for cancer of any kind would appreciate a small gift to lift their spirits and feel good about themselves.

When her brother, John Gilbert ’90, creative director for an ad agency in Harrisburg, Pa., phoned her room, she shared her idea of donating earrings to cancer patients. “He came up with the name Ears to You in like 10 seconds,” she says.

Almost 10 years later, Crane is thriving, and Ears to You has donated 20,000 pairs of earrings to adult and juvenile cancer patients in 24 hospitals in Ohio, Pennsylvania, and New Jersey. They also donate earrings to A Prom to Remember, a nonprofit organization that hosts proms in various cities across the country for teens suffering from life-threatening illnesses.

A few years ago, Crane’s group began donating hats and head scarves, in addition to earrings. Crane says the donation of earrings and head scarves isn’t just about the items themselves, but what they represent: “joy, hope, a healthier future, a moment to be ‘normal.’”

“Most people understand the program was started by a cancer survivor, and positive outcomes are important to hear,” she says. “I think it touches people that someone thought of them.”

Check out Ears to You on social media: 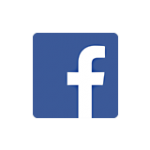 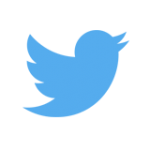