If Marvel Comics is looking to add a few new superheroes to its roster, it would do well to pick up this issue of Lafayette magazine and read how alumni and faculty are employing their pedagogical powers to solve the world’s problems.

And they don’t even wear cool costumes or have alter egos. 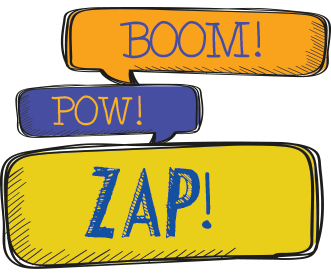 Meet the new legion of superheroes, the men and women teaching science, technology, engineering, and math to the next generation of innovators and intellectual pioneers. Their mission is dire as new STEM jobs are outpacing those in other sectors by almost half, while U.S. students’ standardized test scores in those subjects continue to fall behind developing countries. Experts predict that if the trend continues, the U.S. will lose its ability to compete globally.

But all is not lost thanks to alumni like Lucas Landherr ’05, Monica Van Aken ’84, Amy Mussen ’00, Michael Hadley ’10, and a dynamic league of faculty, including Chawne Kimber, associate professor of math, who received a prestigious scholarship to attend the HERS Luce Program for Women in STEM Leadership this summer.

These Lafayette superheroes are shaking up classroom learning by creating curricula based on real-life situations to hopefully spark a passion in their students to pursue a career in a STEM field.  Maybe they’ll even save the planet.

Artificial intelligence is evolving at a rapid pace, and there’s a contingent who believes robots will be calling the shots in the not-so-distant future. But before you instruct Amazon’s Alexa to lobotomize its circuitry, professors Tim Laquintano and Joann Ordille cast doubt on the abilities of today’s computers to replicate the deep magic of human creativity. For now.

And finally, check out “Confessions of a Wall Street Insider”, where we excerpt a chapter of the new book by Michael Kimelman ’93. The former lawyer and stock trader was convicted in 2011 of insider trading and spent 15 months in prison. He’s now trying to rebuild his life while raising awareness about the desperate need for prison reform.

There’s no theme to this issue, but as I write this column I’m struck by the notion that we all possess powers to affect change, and Lafayette alumni are particularly adept and consistent at using them for good.

Now go and save the day.