U.S. Ambassador to Bangladesh Marcia Bernicat ’75 will be the featured speaker during Lafayette’s 183rd Commencement on Saturday, May 19. 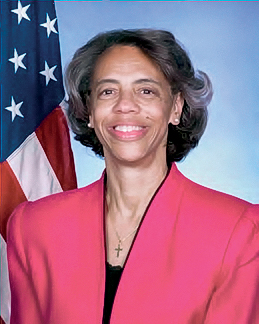 Bernicat began her career in 1982 as a Foreign Service officer in Bamako, the capital of Mali.  She served as consular officer at the U.S. consulate general in Marseille, France, from 1984 to 1986. Over the next three years, she held positions in the U.S., but successive moves after that had her assigned in India, Morocco, Malawi, and Barbados. From 2006 to 2008 she was office director for several Asian countries before being named ambassador to Senegal and Guinea-Bissau.

In 2014 she was nominated and confirmed as U.S. ambassador to Bangladesh, the eighth largest country in the world by population and third largest Muslim majority.

A history graduate, she earned a master’s degree in foreign service from Georgetown University.