In this issue, we follow the Marquis de Lafayette to Lexington, the most populous town in Kentucky at the time, where he was feted nearly nonstop for 48 hours. It was raining when he arrived on May 16, 1825, and a throng greeted him and his entourage as they made their way on muddy roads into the city. Many in the crowd were Revolutionary veterans, and they showed Lafayette wounds they had received while fighting by his side. Lafayette’s private secretary, Auguste Levasseur, writes that one veteran held up his right hand, deprived of two fingers cut off by a musket ball at the Battle of Brandywine, where Lafayette also had been wounded.

The Marquis was humbled by the affection of his welcome but was most impressed by the “rapid progress of education among all classes of people,” Levasseur writes. Only 40 years ago, Lexington “was covered with immense forests inhabited only by uncivilized men,” and now the city of 6,000 contained two institutions of public education that rivaled the most well-known colleges and universities in Europe. 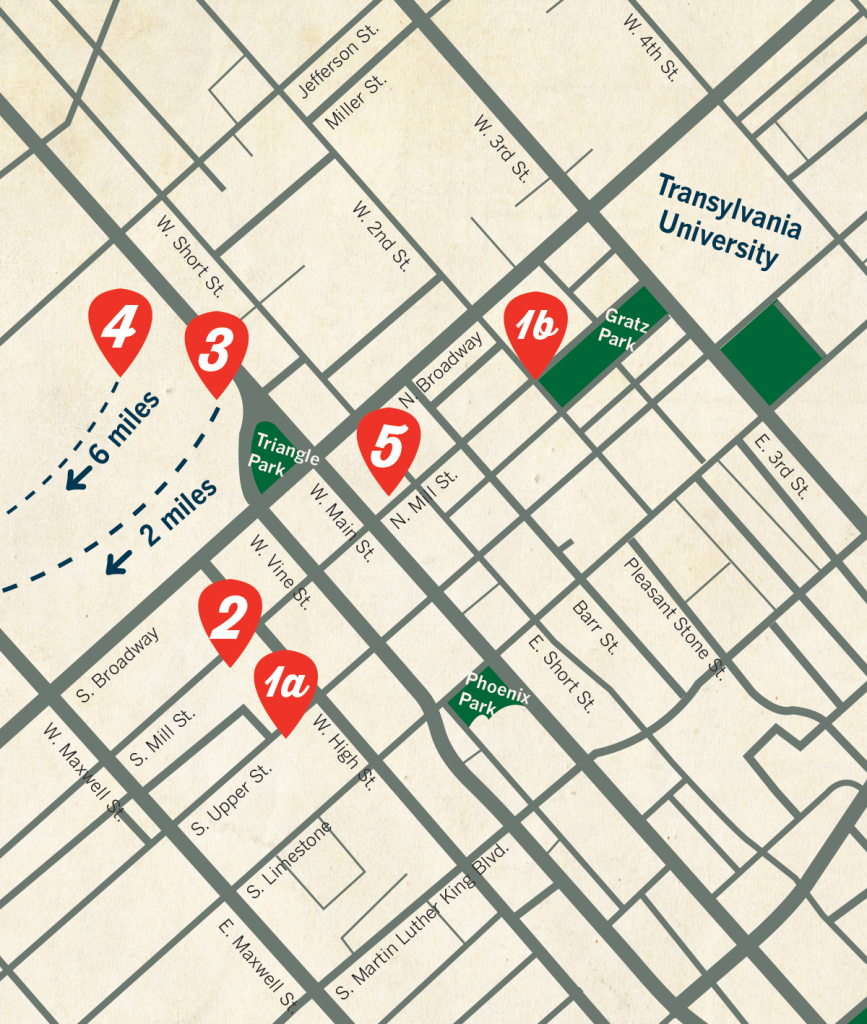 Trace the Guest of the Nation’s journey through the heart of Kentucky horse country with stops at historic homes, a racetrack, and a bar that once was the bakery of a famous French confectioner.

Gratz Park Historic District is considered one of the most beautiful spaces in downtown Lexington and was once home to Transylvania University—the first college founded west of the Allegheny Mountains. During Lafayette’s visit there, college President Horace Holley inducted Lafayette into the Doctor of Laws, honoris causa. 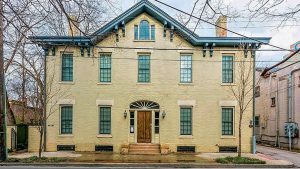 Transylvania, which consisted of a single building in Gratz Park (1b) during Lafayette’s visit, moved to its present location at 300 N. Broadway in 1834. Gratz Park is still a public green space where families and locals hang out. The historic district consists of 16 buildings, including Carnegie Library, and private residences. 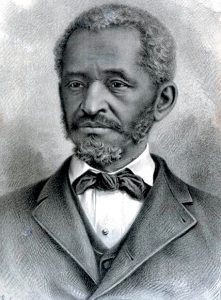 During a parade in his honor, Lafayette noticed Lewis Hayden, a young enslaved boy, along the route and bowed in his direction. Hayden, who later gained his freedom and became a leading abolitionist, wrote, “I date my hatred of slavery from that day, and I tell you that after I allowed no moving thing on the face of the earth to stand between me and my freedom.”

Hayden was born enslaved to a Presbyterian minister, the Rev. Adam Rankin, whose circa 1784 home is the oldest still standing in Lexington. It was originally located at 215 W. High St. but was moved to its current location in the 1970s when space was needed for urban renewal.

Hayden eventually escaped to Canada with the help of abolitionists and settled in Boston with his wife, Harriet. Their Beacon Hill home became a stop on the Underground Railroad. A secret tunnel connected it to a neighboring home, and the couple helped more than 100 fugitive slaves. 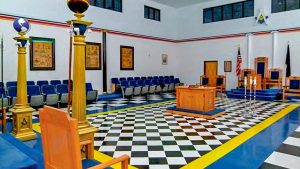 A Freemason—although where and when he was made one aren’t known—Lafayette was feted by his Lexington brethren with a supper and ball on May 16, 1825, in the lodge’s Grand Masonic Hall. Construction of Lexington Lodge No. 25 (it was later changed to No. 1) wasn’t complete, so two big rooms on the second floor were rearranged to accommodate the approximately 800 guests. The rough unfinished walls were decorated with paintings and portraits of George Washington, Thomas Jefferson, Daniel Boone, Lafayette himself, and others. At 9 p.m. a throng of women and men, many of them veterans of the Revolutionary War, formed a double line down the long hall, leaving a wide space for Lafayette to pass through. He then took his seat in front of a large white cake surrounded by an American flag.

“After a bounteous repast was served and suitable speeches and toasts for the occasion delivered, the remainder of the evening was devoted to dancing to the strains of Anton Philip Heinrich’s masterpieces,” according to a report of the account. “The dancing lasted far into the night, but the old general, still lame from the wound he received in the war, was able to tread out but a few of the measures, and left the hall about eleven o’clock.”

The Grand Hall on Broadway was destroyed by fire the following year and later rebuilt a few blocks down from the original structure. The Lexington Lodge on Harrodsburg Road was constructed in 2006.

On May 8, Lafayette and his entourage were traveling to Louisville, Ky., aboard the steamboat Mechanic when it hit a submerged log and began taking on water. While being escorted from the fast-sinking craft, Lafayette remembered he had left a snuffbox decorated with George Washington’s visage on his table and wanted to turn back.

His secretary, Auguste Levasseur, convinced him to proceed and retrieved the item.

Lafayette remained calm throughout the ordeal until he realized his son, named after the nation’s first president, was missing, Levasseur wrote. “He began to call, ‘George, George!’ with all his strength. On a second trip back to the nearly submerged Mechanic, Levasseur found George “tranquilly waiting to be rescued.”

The approximately 50 crew and passengers all managed to make their way to safety, either being rescued by the lifeboat or swimming to the Indiana shore. The survivors lit fires to dry themselves and even found a mattress, dry on one side, on which Lafayette slept.

Lafayette spent the night before he visited Lexington at Maj. John and Polly Keene’s home, about 5 miles outside the city. Arriving at the Keene estate late on a rainy afternoon, he was welcomed by Gen. Leslie Combs, who delivered an address before citizens and soldiers on the front lawn. Lafayette’s military escort camped on the grounds during the night, and the following morning he was driven into the city in a carriage drawn by four bay horses. Keeneland Race Course, which opened in 1936, bought the house in 2001 and renovated it as an entertainment venue with plaques detailing family history, special objects, and memorabilia from Lafayette’s visit. An internationally renowned racetrack in the heart of Kentucky horse country, Keeneland is also the world’s largest and most prominent thoroughbred auction house.