How three alumni are leveraging a cookware renaissance

In 2014, Peter Huntley ’08, a designer for a dinnerware company, was on a quest for the perfect cast-iron skillet. The heavy pan was experiencing a culinary renaissance after almost going the way of the hand-cranked eggbeater when nonstick cookware was invented in the 1950s. 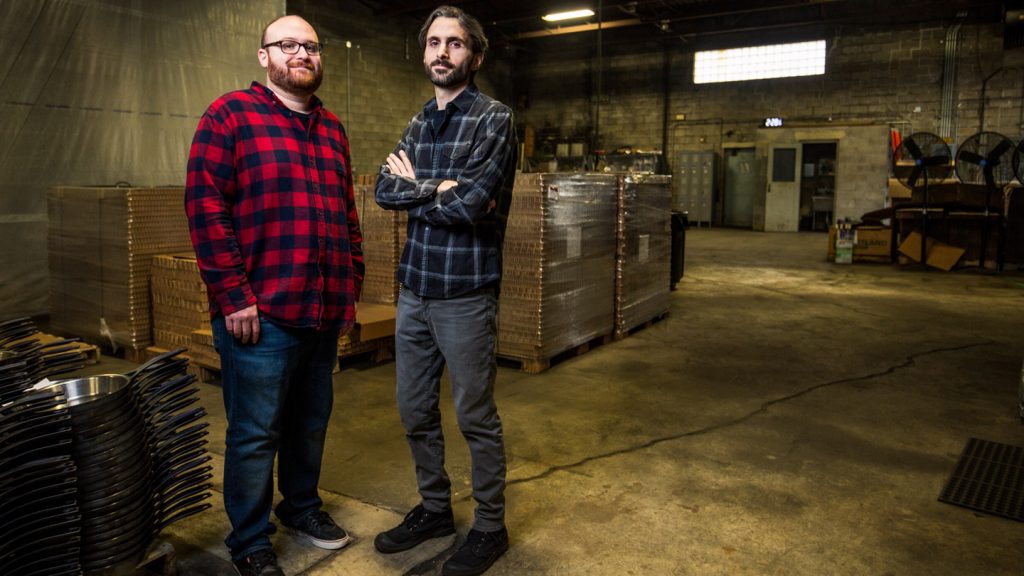 Living at the time in Wisconsin with girlfriend Megan Chawner ’08, Huntley scoured department stores and cooking specialty shops for a cast-iron skillet that met his needs, but time and again he came up empty-handed.

“There were two options on the market,” says Huntley, who founded Stargazer Cast Iron in 2015 with Luke Trovato ’10 and Dan Stefan ’10. “One was between $15 and $20 and was of low quality and poorly designed. The other cost $165 and was overpriced, overdesigned, and not practical.”

Online research revealed vintage was the way to go, so Huntley began combing flea markets, yard sales, and Craigslist for cast-iron pans he could restore and then use for cooking. When his collection grew to about 30, Huntley, an art graduate, had an epiphany: He could build a better one himself.

Drawing on an appreciation for how vintage pans were made along with his own keen sense of aesthetics, Huntley went to work on an updated design that respected the skillet’s historic past.

Cast-iron cookware has been around at least 2,000 years since the Han Dynasty in China. Casting techniques became widespread in Europe during the 16th century, precipitating widespread use of iron pans around the world. Adam Smith, author of Wealth of Nations, wrote in 1776 that cast-iron pots and pans were so integral to daily life that they were worth more than gold.

Anyone who’s ever consumed southern fried chicken and cornbread conjured in a cast-iron skillet would agree. But there’s good reason why cast iron is a perfect platform for cooking. It retains and distributes heat more evenly than other surfaces and is ideal for searing meat.

Cast iron is also considered a healthier way to cook because the surface doesn’t contain chemicals to promote nonsticking.

“Cast iron in general is making a comeback,” says Trovato, the company’s digital content manager. “There’s more of a market for it than 10 or 20 years ago. I think there’s a renewed interest in American-made products, and cast iron has some nostalgia and ties to American history. It’s also seen as an alternative to Teflon and modern and post-World War II space agency cookware options.”

That’s not to say Huntley’s design is old school. In his reimagining of the classic pan, he incorporated a smooth interior surface to make it easier to clean, extended the traditional length of what some view as a stubby handle so it stays cooler longer, and added a flared rim to keep drips under control.

What he didn’t anticipate was an overwhelming response from the get-go for the skillet.

After forming Stargazer Cast Iron in November 2015, Huntley and crew approved a production run of 250 skillets with a Wisconsin foundry. At around the same time, they advertised the business on the funding site Kickstarter and within two days met their goal of $10,000. 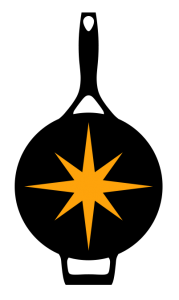 How Stargazer Got Its Name

“We wanted something timeless, as cheesy as that sounds,” says Huntley. “I didn’t want something vintage or nostalgic feeling or hip. Most importantly, we wanted something that could be tied to a simple logo. A logo in its simplest form is a basic shape. I’m an astronomy buff so I came up with Stargazer when I was in Wisconsin. It’s a coincidence the eight-pointed star resembles the Moravian one.”

There was just one problem: They didn’t have enough inventory to fill demand. They ordered another 750 skillets and spent the next several months finishing them in Huntley’s Wisconsin garage.

“It’s the best problem to have, but at the same time we had customers patiently waiting,” says Trovato, who is married to Jacqueline Parodi ’10. “It was clear we had to scale up operations.” 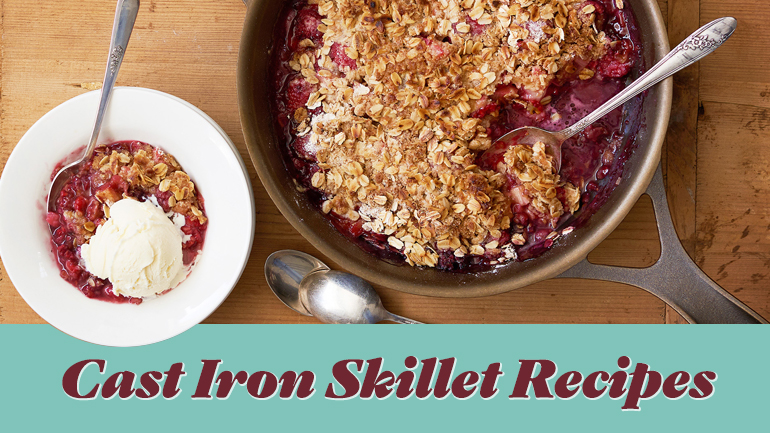 In fall 2016, the company moved operations to a 1,000-square-foot warehouse in New Jersey, but orders continued to outpace space. In March 2017, it leased a 7,000-square-foot building in Allentown, Pa., and the company, which employs five people in addition to the three founders, continues to grow.

Standing in the cavernous warehouse where skillets are detailed and polished to a copper sheen, Huntley and Trovato acknowledge starting their own business came with a steep challenge.

“I’m surprised by how much we had to teach ourselves,” says Huntley, wearing a black sweatshirt emblazoned with the company’s logo of a gold eight-point star. “Everything from the paperwork and red tape to negotiating the lease to complying with building codes.” 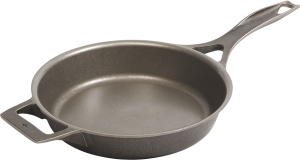 Cast iron is king for searing meats, frying foods in fat, and cooking anything in oil or butter. But boiling water and simmering sauces are best left to stainless steel. Also, never soak your skillet in the sink or place in a dishwasher. Water should only be used briefly and then the skillet should be dried completely.

How to Clean Cast Iron

If you need to remove burned-on food, use a chainmail scrubber or coarse salt and elbow grease. Stay away from scouring pads and steel wool as they are likely to damage the seasoning. It’s OK to use a few drops of mild dishwashing soap from time to time to remove tough grime.

Wait for skillet to cool.

“The last three or four years have been about solving every problem you can think of,” says Trovato, sporting a ginger beard and mustache and wire-framed glasses.

But it’s been worth it, adds Huntley, noting one has to be a “bit delusional as to ignore the hurdles” of a startup. “I was willing to take a financial risk and quit my job because at the end of the day, I wanted to make something. That’s what this business is all about; it’s a combination of engineering, art, and design.”