An influential piece of art almost died with its last performance more than 50 years ago. But thanks to the work of Taylor 2 Dance Company, a dance professor, and Robert S. Mattison, Marshall R. Metzgar Professor of Art History, the groundbreaking work from dancer Paul Taylor and artist Robert Rauschenberg will continue its influence. 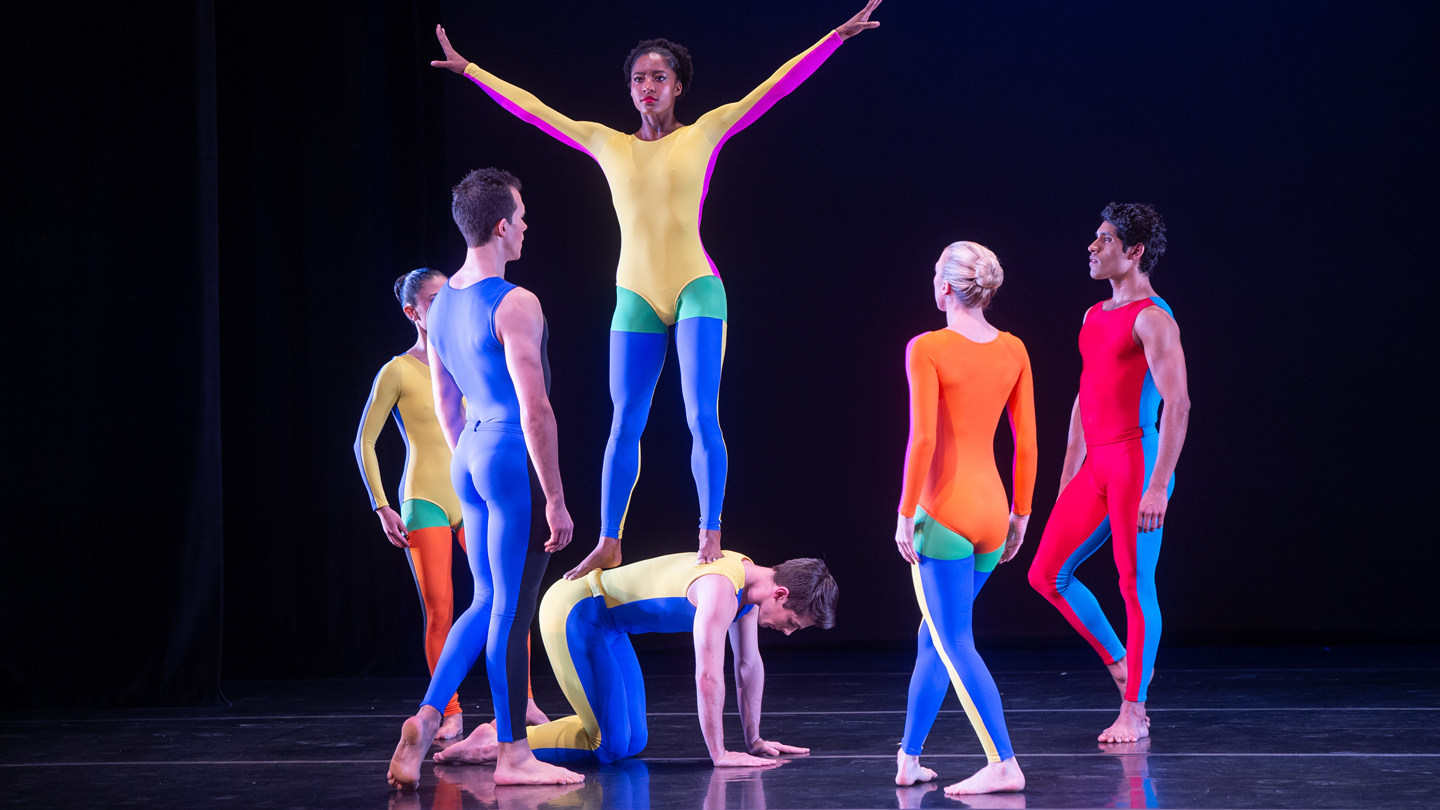 Together the duo created 12 pieces; Taylor and his early company danced, and Rauschenberg designed the majority of stage sets, costumes, and lighting. In an effort to stop the dance, Tracer, from being lost to time, Ruth Andrien, rehearsal director for Taylor 2 Dance Company, and Kim Jones, professor of dance at University of North Carolina, Charlotte, worked together to reconstruct it. Mattison, who has studied Rauschenberg extensively, provided history on the collaborations by Taylor and Rauschenberg, specifically on rarely viewed works from the 1950s and 1960s.

“Taylor and Rauschenberg met in the 1950s and began collaborating on a new style of dance, one that combined everyday movements and everyday materials. Taylor was experimenting with movements he observed on the streets of New York City, while Rauschenberg incorporated common items he found on the street into his art,” explains Mattison, who gave commentary before a February performance of the dance at Williams Center for the Arts.

Rauschenberg’s sculpture Tracer, a motorized bicycle wheel that turns off and on throughout the dance, was reproduced for the performance.

“I’ve been teaching here for 37 years,” says Mattison. “I’m excited to bring a project with which I was involved home.”