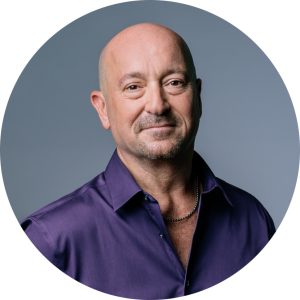 Angel Mendez ’82, member of Lafayette’s Board of Trustees and chief operating officer at HERE Technologies, a provider of digital mapping and location services for autonomous vehicles, says we are on the cusp of automated vehicles on the nation’s highways.

In a recent conversation, Mendez explains where we are and what lies ahead as autonomous vehicles take their place on the open road.

Considering the advances of your company’s mapping systems, how far away are we from an explosion of driverless cars on the nation’s roadways?

We are very close to seeing more mass transit and logistics vehicles utilizing autonomous intelligence on our roads.  Think about shipping, the movement of people at an airport, driverless taxis in our cities. These are areas in which autonomous cars are being tested.  We’re working with industry partners to make these scenarios reality.

Do you foresee a time when there will be no human control or interface with autonomous vehicles?

Only if we choose so. I believe we will have the flexibility to choose total autonomy or continue with human interface dependent on our needs and desires.  In the next decade, autonomous vehicles will be a part of our everyday life. Owning a car will be by choice rather than by necessity as we transition to alternative transport options led by artificial intelligence. That choice also extends to how we interface, or don’t.  That will be up to the individual.  Autonomous vehicles are opening whole new worlds and will change the way we live our life, such as how we commute to work, for example.

Will mapping systems need to be implanted in street signs and roadways, and how will smaller municipalities pay for that technology without having to raise taxes?

Street signs and roadways are not a current source of information for us.  Our highly accurate map is enhanced by more than 100,000 sources of data such as sophisticated vehicle sensors, national and regional traffic information hubs, roadworks data providers, and our own traffic operations center.  Updates to our map are not only automated but are self-healing–correcting mistakes as the autonomous world around us evolves.

With that said, there is work underway to allow for location intelligence data to be collected from 5G network infrastructure. Other sensors, such as Chicago’s “array of things,” also will be instrumental in the future in updating map databases in real time.

Everyone can benefit from this technology as we work with local, regional, and state governments, universities, and private companies to find new sources for location data. We also work with local map-making communities of people who are passionate about cartography.

Will other transportation infrastructure need to be redesigned or updated?

I believe future transportation infrastructure design will have to take into consideration what it means to be a part of an autonomous world. From where to deliver packages to safe locations for dropping off passengers, all these everyday nuances that we take for granted will need thoughtful consideration as we redesign our cities for the future.

Are there technologies being developed to address how driverless cars will interact with the unpredictability of cars driven exclusively by humans?

Safety and security is the number one consideration when it comes to all things autonomous.  From predictive driving software to proximity sensors to autobraking–these are just a few of the technologies that already exist with safety in mind. Many more are being researched and tested.  We cannot prevent all accidents, but I believe we can minimize the number of occurrences with artificial intelligence.

Do you think human passengers in automated vehicles will always need to remain vigilant in case of an emergency? Will we ever be at a point of complete disconnection and trust that the vehicle will safely bring us to our destination?