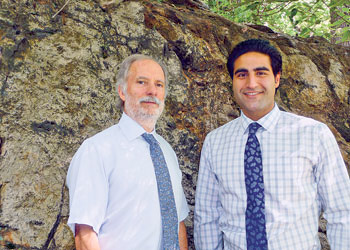 The son and grand-nephew of the late Sarkis Acopian ’51 are carrying on his efforts to preserve the rich biodiversity of his homeland of Armenia and other conservation programs he began.

In 1992, Acopian founded the Acopian Center for the Environment, a research center and educational department at the American University of Armenia, in partnership with his son, Jeff Acopian ’75, and Jeff’s wife, Helen. The center researches and advocates against deforestation, contamination of drinking water, air pollution, and other environmental threats in Armenia. It published A Field Guide to Birds of Armenia in 1997 and established an academic program that requires all American University students to take a course on environmental issues.

Sarkis Acopian observed and was inspired by Armenia’s biodiversity when flying his private aircraft to survey the damage caused by an earthquake in northwestern Armenia in 1988. Lafayette’s Acopian Engineering Center is named in recognition of a major gift from Acopian and his wife, Bobbye.