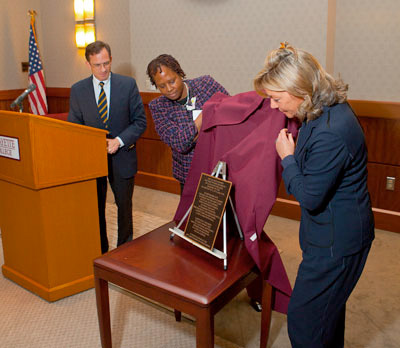 In September 1970, the College opened its doors
to women for the first time in its 138-year history.
These pioneering women, 123 first-year and 23
transfer students, were housed in this residence hall, known then as New Dorm, later named Ruef Hall.

Lafayette’s decision to admit women was part
of a national movement toward coeducation
at a time of profound social change.

Placed in honor of the
40th anniversary of coeducation.