The challenges facing the nation’s system of higher education and with it, liberal arts colleges, cannot be overstated. The cost of an undergraduate education has been rising faster than the general inflation rate for decades. Increases in financial aid, meant to offset tuition increases, have reached unsustainable levels. Demographics are shifting, with a decline in the number of middle-class and upper-middle class students graduating from high school.

Attempts to make the faculty more productive run the risk of diminishing quality and undercutting the colleges’ core missions. A tradition of governance shared between administrators and faculty often restricts the ability to make difficult and timely decisions. The American public is broadly skeptical of the value and affordability of a liberal arts education.

Small residential colleges face an extraordinarily demanding landscape, a circumstance described by President Daniel H. Weiss as “a fundamental moment for higher education generally and small liberal arts colleges particularly.” The pace and breadth of change has led many college presidents to describe the era as transformative, perhaps even downright revolutionary.

With that in mind, Weiss and Rebecca S. Chopp, president of Swarthmore College, organized a conference on “The Future of the American Liberal Arts College in America and Its Leadership Role in Education around the World,” held April 9-11 on Lafayette’s campus and sponsored by Lafayette and Swarthmore with the support of the Andrew W. Mellon Foundation. When they began planning a year ago, Chopp said, they hoped to attract about 20 presidents of selective colleges to initiate a discussion about shared problems and potential solutions.

In the end, 41 presidents decided to participate, along with senior executives from an additional 30 colleges (see “Speakers Roll Call,”). Virtually all of the country’s most selective liberal arts colleges were represented, including Williams, Amherst, Pomona, Middlebury, Vassar, Haverford, Mt. Holyoke, Bowdoin, Smith, and Bryn Mawr.

“It really snowballed very quickly, far beyond what we expected,” Chopp said in an interview. “I think it speaks to the fact of a deep need in the sector to discuss problems, share best practices.”

In his opening address, Weiss explained their motivation for calling the conference. “The world is changing around us, and we wanted an opportunity to step back and reflect on that,” he said.

“We have a sense that what we bring to higher education is of enduring importance,” he continued, a sentiment shared by the participants, as was a conviction that liberal arts colleges have failed to make clear to a wary public what it is that makes them distinctive and valuable.

“We don’t do a good job of telling that story nationally,” Weiss said. “We are on the defensive more than we should be about that. So we want to reclaim a space where we can articulate what our values are and what we do so effectively. And we hope that in this conference we can refine that vision together and articulate that vision more compellingly to the external world.”

That’s precisely what the presidents, provosts, deans, and board members — nearly 250 people in all — attempted to do over three days, during four formal addresses, six panel discussions featuring a dozen presidents, meals in Marquis Hall, and countless informal discussions in the hallways of the Williams Center for the Arts, where the sessions took place, and after hours on College Hill. 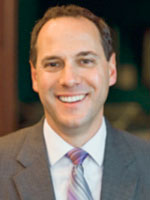 “I came away newly inspired by shared commitment to our fundamental educational values. There is no question that we face challenges in the decade to come, most signifi cantly around controlling costs and ensuring access, but I am more confident than ever that…we will rise successfully to meet them.” — ADAM F. FALK”

They talked about why costs continue to climb (if no longer at quite the pace of the recent past) and the difficulties of reining them in. They discussed how to absorb new technology into the curriculum and why technological advancements have not resulted in the productivity gains experienced by other sectors of the economy. They conversed about changes in teaching, learning, and research, and they shared the myriad ways in which their institutions were experimenting with the notion of a small residential college for the 21st century.

“Most commentaries about the future of liberal arts colleges begin and end with a narrative of decline,’’ said Eugene M. Tobin, program officer, Mellon Foundation and former president, Hamilton College. Like many speakers, Tobin said he would not add his voice to that negative narrative. “In spite of nearly 200 years of angst about their imminent demise,’’ he said, “liberal arts colleges remain a valued, respected, influential segment of American higher education.”

While the survival of liberal arts colleges may not be in doubt, many participants were clearly concerned about how to sustain their institutions’ mission — an undergraduate education in a residential setting that encourages deep interaction between students and faculty — despite the many significant challenges. Chief among those challenges is what many people described as a distressed financial model.

Suzanne P. Welsh, vice president for finance and treasurer at Swarthmore, assembled data from the 12 colleges whose presidents spoke at the conference. In the 2009-10 academic year, the average cost to educate a student at the 12 institutions was $60,201, while the average price charged to students who paid full tuition and fees was $49,025, she said. About 60 percent of students received financial aid.

Between 2000 and 2009, the colleges’ average cost per student increased by 42 percent, she said, while the consumer price index rose 24 percent. This financial structure cannot be sustained in the long run, many people said, but there also was nearly universal agreement that robust solutions to the cost and price spirals have proved elusive. 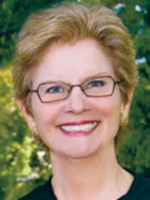 “The conference was a terrific opportunity to grapple with pressing issues. It was particularly helpful to begin an exploration of the potentially disruptive effects of rapid technological change on the realm of higher education.” — JANE MCAULIFFE

Salaries and benefits make up about two-thirds of the colleges’ annual costs, according to Catharine Bond Hill, president of Vassar. Increasing faculty productivity could save money, but the results hardly look desirable. A college could require professors to teach larger classes, but that would undercut the intimacy that is a hallmark of liberal arts colleges. Similarly, professors at elite schools could be asked to teach three or four classes per semester, rather than the more typical two or three. But that would cut into their time for research, another valued activity.

“Can we increase faculty productivity?” Weiss asked. “It’s not obvious that we can without changing our mission or changing our standards.”

Many presidents described alternative strategies, in particular collaborations with other institutions, which show the potential to limit costs without sacrificing quality.

Carol Tecla Christ, president of Smith, spoke enthusiastically about the consortium in central Massachusetts that includes Amherst, Smith, Mt. Holyoke, Hampshire, and University of Massachusetts. A partnership that began with sharing the cost of library acquisitions has expanded over the years to include many administrative functions; three of the colleges even share a police force. Students can enroll in any course offered by any of the institutions. The colleges share a language center, and they have even begun to share faculty members. Smith has 12 joint appointments, Christ said, and there are 40 throughout the consortium.

Other participants discussed the Quaker Consortium in Philadelphia and the colleges and graduate schools that comprise the Claremont colleges in southern California. A virtual classics department created by Associated Colleges of the South, a consortium of 16 liberal arts colleges, was cited as an innovative collaboration.

“I believe that partnerships will become increasingly important to the survival of our colleges — in fact essential,” Christ said. 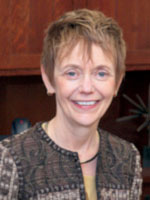 “The conference exceeded our expectations. Many attendees expressed their deep appreciation for having the opportunity to come together to think strategically and holistically about the future. We share a profound commitment to adapt to meet the changing needs of our students, our communities, and the world.” — REBECCA CHOPP

Although economics represented an overriding concern at the conference, many other matters were explored (see “Topics at a Glance,”), including the pivotal role that small liberal arts colleges can play in developing new approaches for an uncertain future. “Colleges in this group are well-positioned to lead because of scale, flexibility to change, a proven model for learning, and a compelling vision,” said Weiss.

Among the other topics of discussion were changes in the ways in which knowledge and teaching are organized, including a vast expansion in interdisciplinary teaching and scholarship; whether and how to incorporate online and distance learning; and how social concerns and the teaching of values fit into a residential college’s academic and social life.

At Bryn Mawr, said Jane Dammen McAuliffe, the college’s president, the repression of women across the globe has become an enduring focus, including in partnerships that Bryn Mawr has formed with women’s colleges abroad. Brian Rosenberg, the president of Macalester, described an initiative on global health that includes a new academic concentration and a program that enables students to work at the Mayo Clinic.

“We have to not only let our students and faculty out, but we have to let the world in,” he said.

Chopp described small residential colleges as “incubators or pilots of new ways to link knowledge, freedom and democracy,” and she urged her colleagues to work together to create a broad narrative that articulates in a more compelling way what makes their colleges unique. Liberal arts colleges, she said, need to “find language to talk about who we are and what we’re doing that explains better to the broader public, but also helps to guide us to make some of what I think are the really tough and interesting decisions ahead.”

David W. Oxtoby, president of Pomona, offered one possible narrative. “As liberal arts colleges,” he said, “we stand for a broader and deeper form of education, in which we prepare students for jobs that are rapidly changing and that may not even exist right now.”

Keynote speaker William G. Bowen, former president of the Mellon Foundation and of Princeton University, offered another. Two essential skills emphasized by liberal arts colleges — problem-solving and working collaboratively — are prime attributes now being sought by employers, he said. Despite all the challenges the colleges face, he argued, the value of the kind of education they provide has never been higher.

“Stay the course,’’ Bowen told the presidents. “You are playing a winning hand.’’

Alan Finder retired in December 2011 following a distinguished 38-year career as a newspaper reporter and editor, including the last 28 at The New York Times, where he covered higher education from 2005 to 2008. He is the parent of Lauren Finder ’08.

Topics at a Glance

Perspectives on the Future of the Liberal Arts College “The Changing Landscape: Challenges and Opportunities,” Daniel H. Weiss, President, Lafayette…