Untamed hair, disheveled appearance, and beakers bubbling on Bunsen burners. Is this your picture when you hear the word “inventor”? Well, erase it. Today’s innovators are less often laboring away in a lab and more often tinkering away with technology. One such modern-day Edison is Wassim Gharbi ’19. The computer science major has participated in marathon coding challenges, called hackathons, at Brown, Penn, and NYU. He and his team won the $2,000 first prize in the business plan competition at Lafayette’s Dyer Center for Innovation and Entrepreneurship (formerly IDEAL). And this summer is his second as a Google fellow.

Check out some of his most notable projects: 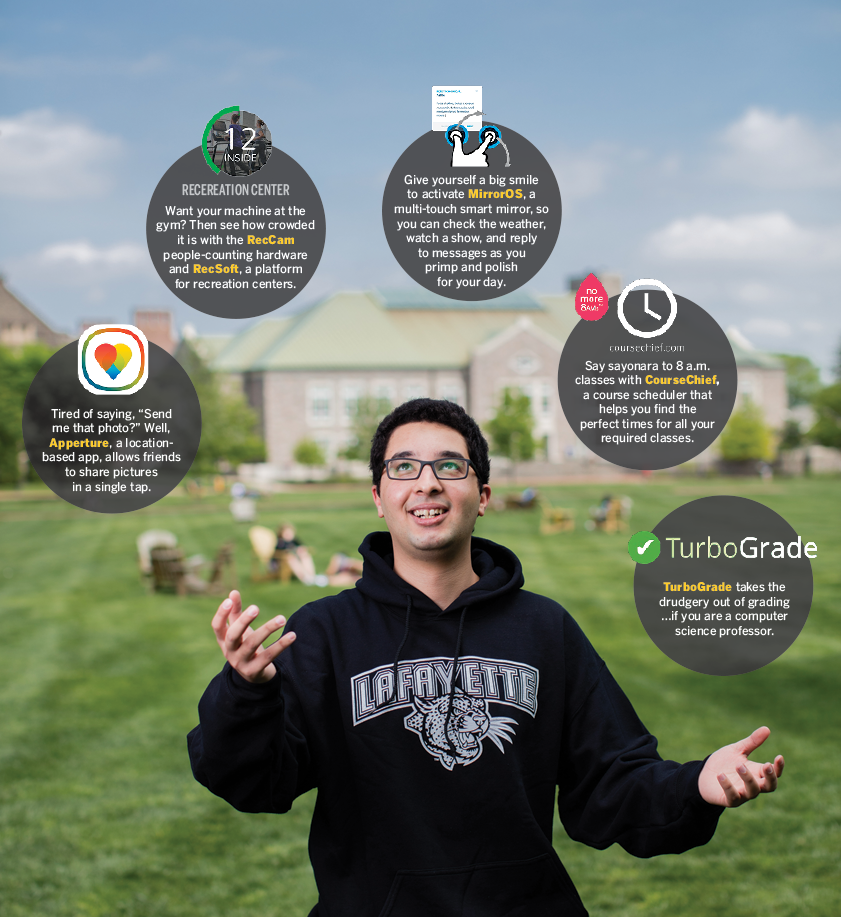