A paintbrush dipped in the reddish-brown hues of henna glides along a wrist. The word “can’t” slowly forms in crisp print.

“Can’t” is a cage, a word of restriction that holds back so many thoughts and impulses.

I can’t feel this alone.

I can’t ask for help.

“Can’t” was the word on the arm of Casey Barnes ’21 at the Henna Project, an event created by the Student Mental Health Coalition. Student leaders wanted to raise awareness of mental health struggles on campus and provide an opportunity for more conversation. 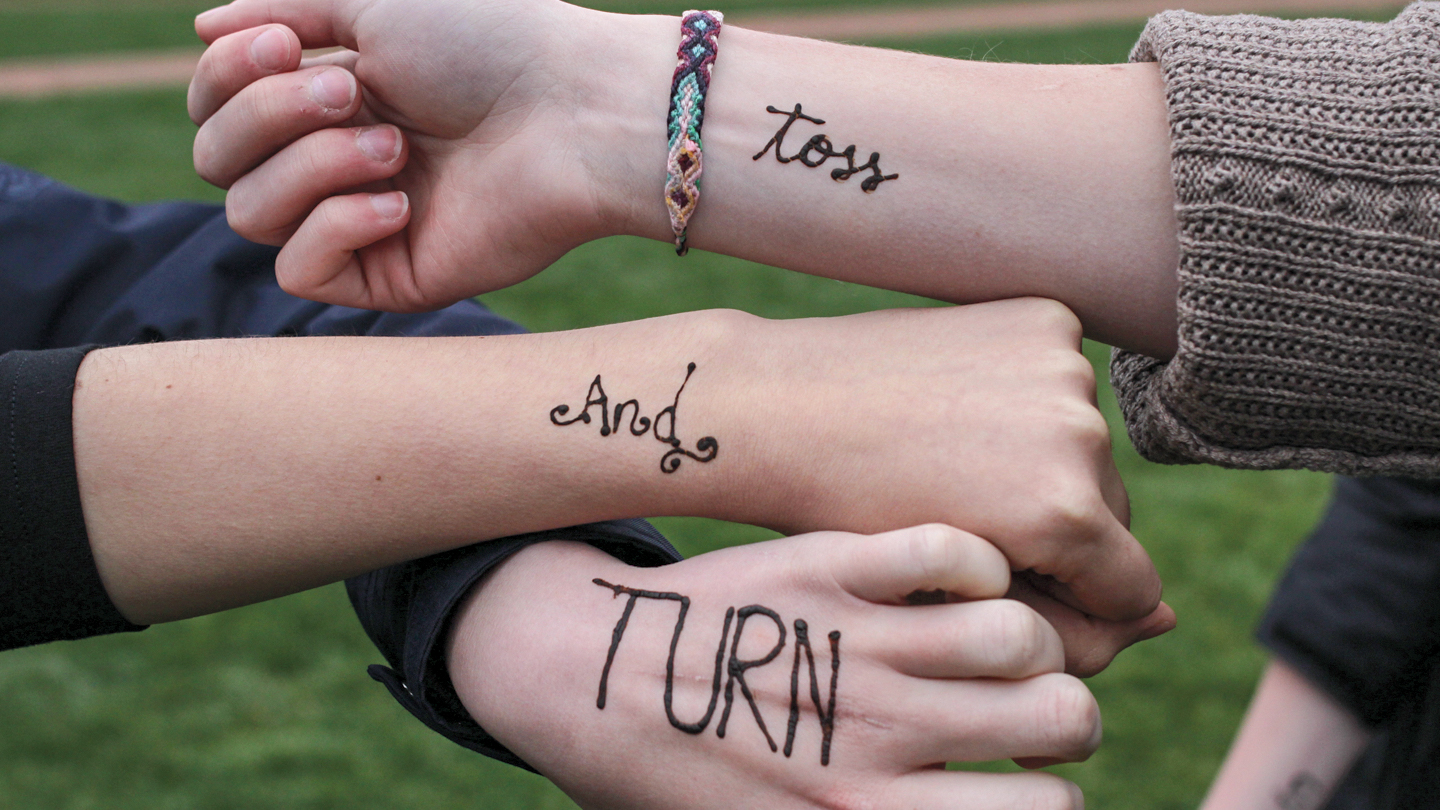 Mental health needs on campuses have shifted and continue to grow, according to the American Psychological Association (APA). The shift is from students who used to seek services for developmental and informational needs but now want help with psychological problems.

The growth comes from respondents to the National Survey of College Counseling Centers, revealing over the past five years a noted increase in anxiety disorders, clinical depression, and crises requiring immediate response.

Barnes bravely states her struggle with social anxiety and her desire to overcome it. “I’m glad there are this many people here,” she says.

Grace Emin ’21 chimes in. “I wasn’t going to come today,” she says. “Look at this scary mass of people! But I know it’s good for me to be here.”

Nearly 50 people have gathered in the main Quad. Over the course of the event each participant sits at a folding table as henna artists ink a word on each arm, hand, or wrist.

The words are from student poems. Dan Goodman ’20, co-founder and board member of the club, says the project began in February as the coalition sought poem submissions. After reading all of them, the group then picked five poems to ink on bodies.

It lingers. The longer the paste is left on, the deeper it sinks in and darker it becomes. The dye can remain visible for a long time, slowly fading away, unless vigorously scrubbed.

“With these words on each of us here, we are all part of a story,” Goldman says. “We can use these words as an opportunity to share that story until the words disappear, fade into us.” 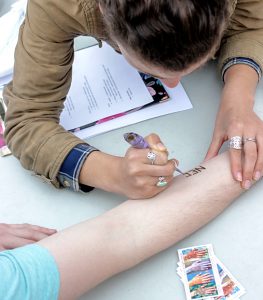 The National Alliance on Mental Illness (NAMI) had a table at the event. Maggie Murphy, director for the Lehigh Valley chapter, knows that mental health issues often take hold in college. “For us, this is a key audience,” she says. “College is a stressful time for young adults, and often the first symptoms of mental illness start in the late teens and early 20s.”

Murphy connected with the College for another event: The Mental Miles.

They raised more than that. “Students at the College have great support from the Counseling Center, but their services are often at capacity,” says Corbin. “So it is good to know there are places like NAMI that can provide a list of resources in the community. It’s important to have a bigger network for help.”

Hope Gernert ’19 knows that network is important. “We pretend we are all perfect,” she says. “Mental health issues aren’t talked about. Students can feel ashamed and scared. They need to know that other people believe in them and care about them.”

Which is why the henna matters. Students who were unaware of the event might see a word on an arm and ask a question or start a conversation.

Sophia Giovanelli ’20 wants people talking. “Talking to peers can be the best to help end the stigma,” she says. “Feeling like you can speak with others turns a student into a self-advocate, empowering their mental health choices.”