They were your teachers, your guides, your judges, your friends. Maybe they inspired you to take that road you might have missed. Maybe you still carry their lessons with you. Or maybe they just taught you how important it was to never miss an 8 a.m. class.

Unless you’re a recent grad, many of your former professors have retired—but that doesn’t mean they’re no longer actively engaged with the College or stretching their synapses in serious ways. For some, the lifetime of teaching and learning they signed on for all those years ago is exactly that. Rather than following others of their generation to golf courses or RV parks, Lafayette retirees are staying busy by pursuing new academic interests and hobbies they never had time for while teaching classes and grading papers.

Here, we catch up with five retired professors who have been awarded emeritus status by the Board of Trustees for their significant contributions and service to the College. 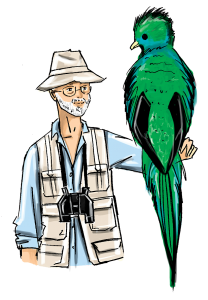 Chuck Holliday is no stranger to soaring above the clouds in an IFR Cessna 172 or studying cicada killer wasps, and now he’s traveling the globe searching the skies and treetops for other winged occupants of the skies.

“My wife, Pat, got me into birding,” says Holliday, a biology professor at Lafayette for more than 30 years. “We’re both pilots, and she got me into aerobatic flying, so reaching for the birds seemed like a natural extension of that interest and my academic background. It’s wonderful.”

The couple’s interest in birding fledged during a 2006 trip to Big Bend, Texas, where more than 540 species of birds call the state home.

“I retired in 2012, and we’ve done nothing but travel to see birds,” says Holliday, whose wife worked in Lafayette’s development office.

Taking trips with expert guides who can recognize the songs of 5,000 birds and make an identification 100 to 200 feet up the trail, the Hollidays of Bethlehem, Pa., are often dazzled by bursts of colorful plumage.

“In the last year one of the nicest birds we’ve seen was a resplendent quetzal in Costa Rica,” he says. “It was in a tree 40 feet in front of me, a flash of green, and eating little avocado-like fruits. It just flew up and looked me up and down while it continued eating.”

Holliday’s goal is to identify by the end of 2020 all 244 bird families, a biological classification above genus and species.

“I’m now at 208,” he says proudly, noting upcoming travels this year to Cuba, the Dominican Republic, China, Vietnam, Madagascar, Argentina, and the American west in search of birds. “This is something that’s doable.”

With any luck he’ll reach his goal by the end of the year. 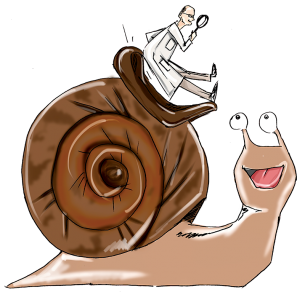 Though he retired in 2000, Bernard Fried never really left Lafayette. He maintains an office on the second floor of the nearly half-century-old Kunkel Hall, a building his tenure at Lafayette predates by six years.

Fried came to Lafayette in 1963 to teach biological sciences. He’s been teaching, researching, studying, and inspiring ever since.

A mural on the wall a few feet from his office announces a few of his accomplishments—6,686 citations for his work and 586 publications. Over the years, he estimates 200 to 300 Lafayette students have helped him write the articles.

Three species of snail have been named for Fried.

This year, Fried is working with two students researching the Biomphalaria Glabrata, a species of freshwater snail that are often the culprits of intestinal schistosomiasis in humans. Fried is studying the snails with his colleague and friend Joseph Sherma, Larkin Professor Emeritus of Chemistry.

At 84, he doesn’t feel he must conquer new horizons.“I just plod along with what I’m doing,” 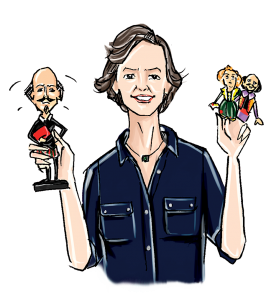 Like most students, June Schlueter met the famed Bard of Avon, William Shakespeare, in high school.

Sometime over the decades, that changed.

These days, the retired English professor and provost is so fascinated by Shakespeare, she continues to find new ways to study him. A breakthrough by Schlueter and research partner Dennis McCarthy on a previously unknown manuscript that influenced the bard made international headlines earlier this year.

Her most recent book, A Brief Discourse of Rebellion and Rebels, examines a treatise written by courtier George North in 1576. Using both software and expertise, Schlueter and McCarthy prove the book had to have influenced Shakespeare’s King Lear, Henry VI, Henry V, Richard III, King John, Macbeth, and Coriolanus.

Finding the manuscript proved a challenge. Schlueter and McCarthy learned about it in an old literary auction catalog from 1927, which suggested readers compare the manuscript’s treatment of rebel Jack Cade with Shakespeare’s.

The duo searched England for a copy with no luck. Finally, Schlueter reached out to a former teacher, who informed her the rare manuscript was on a shelf in a place she’d been dozens of times—the British Library, where it had been since 1933.

Schlueter and McCarthy, a self-taught Shakespearean with an impressive wealth of knowledge, are at work on another project she has yet to divulge. Recently, she was on campus teaching a class on King Lear. “I still get a gig now and then,” she says.

It’s far from where she thought she’d be when she had to gut out Shakespeare class in high school. Schlueter didn’t go to college right after she graduated; she took a secretarial job at Hoffman-La Roche Pharmaceuticals and later worked in law offices. She went to night school to obtain her degree, eventually obtaining a Ph.D. from Columbia.

When she took her job at Lafayette, she taught modern drama but eventually fell under Shakespeare’s spell. It lasted through 13 years as provost and now 10 years into her retirement.

“I never would have dreamed then that I would have a career with Will,” she says, “but it turned out I did.” 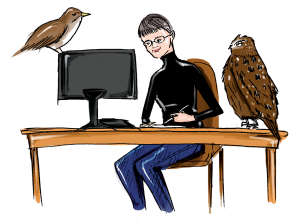 Carolynn Van Dyke has long been a productive but admittedly slow writer. After all, try writing along with teaching and maintaining all the other varied interests and responsibilities an academic amasses throughout a career.

These days, however, the retired English professor has more time than ever to focus on her words.

Since stepping down at the end of the 2014 academic year, Van Dyke rises every morning, goes to the office in her home in Bethlehem, Pa., and writes.

“I have a lot more time these days,” she says.

But her curiosity and the scholarship haven’t abated. Van Dyke’s interests are varied. She’s been a Chaucerian since her days as an undergrad, but her lifelong interest in science has informed her work. Over the years, she followed the career of Jane Goodall, and she digested articles on anything upon which she could get her hands—from articles about whales to computer science manuals. She even served for six years in the computer science department.

While working in 2005 on a book titled Chaucer’s Agents: Cause and Representation in Chaucerian Narrative, Van Dyke wrote a chapter about Geoffrey Chaucer’s use of animals. She discovered an exciting new field of research. And now that she’s retired, she has more time to explore it.

People in the Middle Ages “lived physically closer to animals than we do,” Van Dyke says. Many families spent their days with animals and even kept them on the ground floors of their houses. That gave them up-close-and-personal knowledge of the daily habits and intelligence of animals like pigs.

Some scholars wrote about animals as intelligent beings with souls, she says.

Recently, she was working on a study of a Middle English poem describing a debate between an owl and a nightingale about each other’s characteristics and behavior.

“It’s very funny,” she says. “It’s also a profound way of getting at the different ways creatures on earth live their lives.” 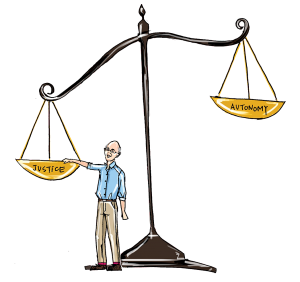 When he retired from Lafayette in 2009 after 40 years as a religious studies professor, Lammers continued as a consultant for Lehigh Valley Health Network (LVHN), working with physicians, nurses, residents, and medical students to help them sort through difficult situations involving patients and critical decisions about medical care.

“I was educating medical students, including three Lafayette grads at one point, in a special program started with Morsani College of Medicine at the University of South Florida,” he says. The program enrolls 50 students a year, providing their science education at Morsani and their clinical education at LVHN’s campus. Lammers engaged with clinical faculty on issues involving U.S. and U.K health systems and on clinical medical ethics.

His work involved meeting with patients trying to figure out what to do about their medical care and clinicians seeking to understand why patients were making certain decisions. Lammers recalls a Jewish family struggling over whether to begin a treatment because their understanding of Jewish teaching was that once a treatment was initiated, it could not be discontinued.

“One of the things that my work in religion did was to sensitize me to how often people’s religious commitments were informing what they were doing, but they weren’t talking about them,” he says. “I always thought my religious studies background let me open conversations that otherwise might not take place in those circumstances.”

That work is over, but Lammers is still connecting regularly with Lafayette students and faculty, co-leading trips to London to learn about health systems. He’s planning another trip there next year with Prof. Christopher Ruebeck.