Reunion Memories: The Impact of Faculty 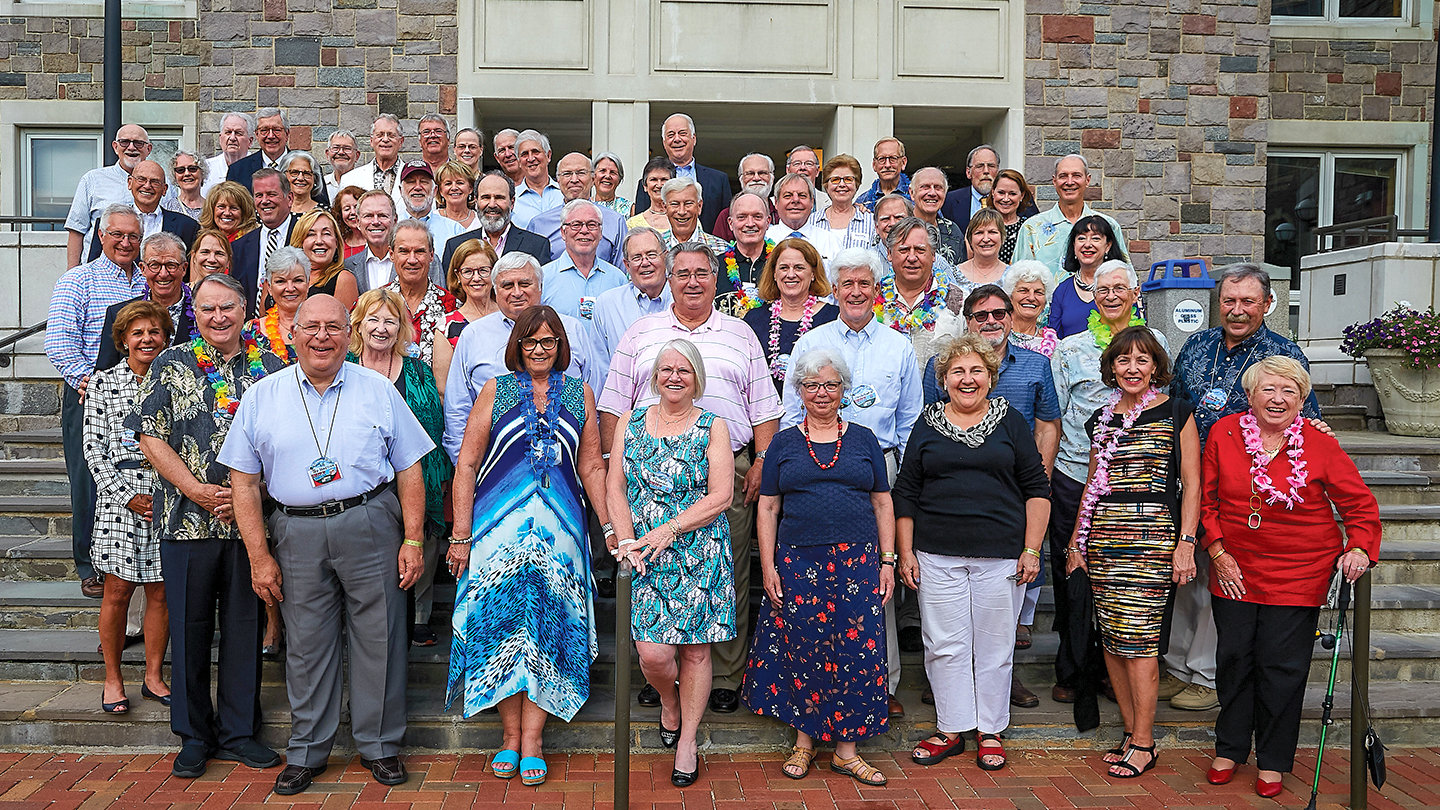 Reunion is a wonderful bookend to the academic year. Just days after celebrating the accomplishments of our graduating class at Commencement, we welcome back alumni whose lives, careers, and friendships attest to the value of the education they received many decades ago. I have great conversations during Commencement weekend with departing students about what they have learned and experienced at Lafayette. When the alumni arrive, I get a feeling of déjà vu as they recount what seem like very similar stories. I was particularly struck by this when attending this year’s 50th Reunion Class dinner. Members of the Class of 1968 attended Lafayette at a time of political unrest across the nation. Views on campus were sharply divided regarding many of the major issues of the day. Some members of the class recalled protesting the Vietnam War. Others served in Vietnam. Nevertheless, they forged friendships that survived for decades, and spoke with special fondness of the faculty who had helped them to think and grow during this pivotal period in their lives.

I was very moved by remarks made by George “Keith” Martin ’68 about several of his favorite faculty, and I’d like to share them with you. His vivid memories of classes that took place 50 years ago capture beautifully what is special about a Lafayette education, then and now.

“I would begin by noting the small but inspired philosophy department of the day; Drs. George K. Strodach, John P. Losee and George A. Clark; three eminent scholars who taught in very different styles but who individually and collectively opened the door to the magic and majesty, the import and impact of thought and ideas.

“Then there was Dr. William W. Watt, professor of English and Harvard ’32 classmate of my father. He would sweep into the classroom precisely on the stroke of the hour and immediately recite verbatim a poem (often long!), which would be the center-piece of the day’s lecture. More than 50 years later, I am still in awe of how he could do that. His survey course on English literature was a masterpiece.

“In contrast, Dr. George Heath, professor of history, was the quintessential ‘absent-minded professor,’ always running late to class. We would watch from the windows in Pardee as he parked his car at an odd angle, sometimes leaving the door open, then rushed into the building to begin an impassioned lecture. Upperclassmen told us his lecture on the French Revolution was not to be missed. Describing a plebiscite at the height of the revolutionary turmoil, Dr. Heath would wave his arms as the class rose and roared in unison, ‘Two million red-blooded Frenchmen voted OUI, and 2,000 no good SOBs voted NON.’ In contrast, but equally memorable, was Dr. W. Edward Brown’s culminating lecture of the full-year World History survey course. Upperclassmen mysteriously advised, ‘Don’t miss it!’ Dr. Brown was revered and respected as one of the first interdisciplinary lecturers. He spoke and read in almost a dozen languages. He was reserved and unassuming, known for bulging briefcase and pockets stuffed with newspapers in many languages, but deeply respected by students and faculty colleagues. His lecture style was dry and unanimated, his delivery raspy and frequently interrupted by throat-clearing. For precisely one hour, he took us on a journey through what we had learned over the year. His culminating thesis was that the assertion and reassertion of individual liberty was the pulsating force linking and driving history. It was spellbinding and stunning. His last words were spoken precisely as the bell rang, and 200 students rose and gave him a standing ovation as he gathered his notes (to which he never referred), and with some embarrassment walked off the stage. It was a remarkable moment.

“These men and many others inspired and taught us to THINK. What they knew and taught was not an end in itself; it was a gateway to new directions and dimensions of thought. What they and their present-day successors do is the heart and soul of the Lafayette experience.”

What Keith wrote about the faculty of 1968, and the ways in which they both nurtured and challenged students, is equally true of our faculty in 2018. I look at the men and women teaching at Lafayette today and imagine alumni at reunions decades from now telling similar stories about their talents, their teaching, their quirks, and their friendship.

While I am proud of the ways in which Lafayette continues to adapt and evolve over the generations, I am also proud that the heart of a Lafayette education—the excellence and dedication of our faculty—has not changed.

I envy the Lafayette president of 2068 who will get to hear those great Reunion stories!