Nineteen of the College’s 23 Division I athletic programs finished above the national average in the NCAA’s latest  release of Academic Progress Rates (APR).

Student-athletes receive one APR point each semester for remaining eligible and one point for staying in school or graduating. Rates are an average of the past four years’ performance. 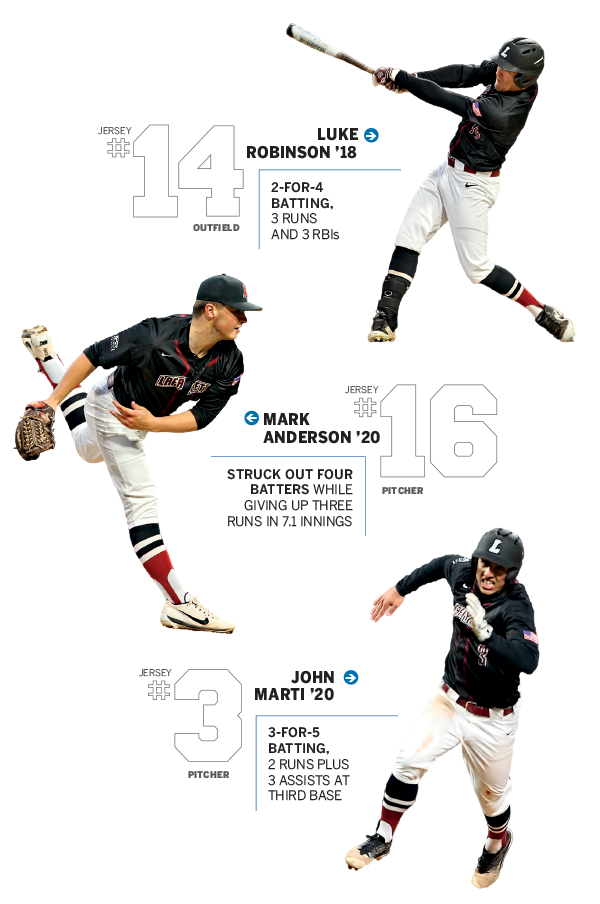 The baseball team captured the Liberty Bell Classic after defeating University of Delaware 9-4 at Citizens Bank Park. The annual tournament features eight teams from the Philadelphia area. Mark Anderson ’20 struck out four batters while giving up three runs in 7.1 innings. The Leopards racked up 11 hits behind a 3-for-5 performance from John Marti ’20 and a 2-for-4 night from co-captain Luke Robinson ’18.

The opening round featured a back-and-forth contest against Villanova, which ended when Robinson scored on a botched pick-off attempt by the Wildcats. In the second round, the Leopards squared off against Saint Joseph’s, jumping ahead early after a two-run blast from Marti en route to a 9-1 win. 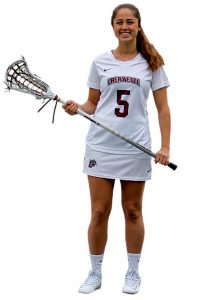 When Erika Mazer ’18 went on her first running test for the women’s lacrosse team, she ended up in the hospital. She hadn’t trained effectively.

The first-year student was physically outmatched by her teammates. Although she passed the test a few weeks later, it became clear she was behind in skills and knowledge of lacrosse.

Mazer worked in individual sessions with her coaches to improve. Eventually, she was poised to contribute.

That’s when the back pain hit. Doctors discovered a stress fracture in her back. After she spent her summer in rehabilitation and training, doctors gave her difficult news—her body couldn’t handle the stress of required training for Division I lacrosse.

Mazer still wanted to contribute to the team, so she took on the role of student coach, a position many other medically disqualified athletes ultimately abandon due to distractions and the difficulty of staying close to a sport in which they can no longer compete.

“Over the past two years Erika has become the most valuable member of our lacrosse program,” says coach Alison Fisher ’01. “Erika is a fully vested and autonomous member of our staff.  She manages the responsibilities of being an assistant coach with being a full-time college student.”

Mazer’s comeback through this unexpected role has earned her recognition beyond Lafayette. She’s recipient of the Yeardley Reynolds Love Unsung Hero Award, a national honor given annually by the OneLove Foundation to recognize accomplishments of student-athletes who help their teams achieve success “in ways that may not be measured in goals, saves, or ground balls.” The award focuses on integrity, humility, hard work, community service, leadership, kindness, and sportsmanship. Recipients receive money to be given to their favorite charity.

Dave McGriff ’18 broke a 42-year-old Lafayette record in the hammer throw this spring. At the Larry Ellis Invite, he reached a distance of 203 feet, 6 inches, besting the record set by Steve Feldman ’76 by 2 feet, 6 inches. 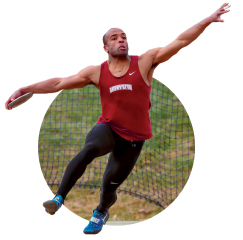 At the IC4A/ECAC championships in May, McGriff earned All-East Honors in both the discus and hammer throw, placing second and seventh, respectively. He qualified for NCAA Regionals in both events, earning 13th place in discus and 35th in hammer throw.