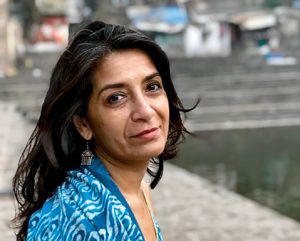 Nandini Sikand, associate professor of film and media studies, has received a Guggenheim Fellowship to complete a documentary about women and the prison system.

Sikand is one of 173 chosen to receive the fellowship from an applicant pool of nearly 3,000 scholars, artists, and scientists. She will use the funds to complete the film Inside/Outside,  about mass incarceration in the United States and women prisoners as they struggle with the challenges of sexual assault, substance disorder, and motherhood.

John Henry MacCracken Professor of History Don Miller acted as principal historical adviser and script consultant for a new documentary film, GI Jews: Jewish Americans in World War II. The film, which aired in April on PBS, tells the story of the 550,000 Jewish men and women who served in the American armed forces in World War II. For many of them, the fight against racism and intolerance was deeply personal: Thousands of Jewish-American soldiers had relatives imprisoned in concentration camps in Europe. Hollywood icons Mel Brooks and Carl Reiner were among the Jewish veterans interviewed for the film. 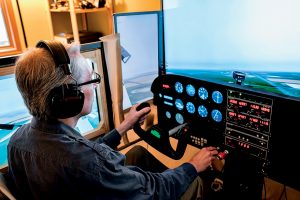 Jon Wallace, associate professor of electrical and computer engineering, inspired the College’s aviation club to soar again with his flight simulator and passion for piloting. After teaching a First-Year Seminar (FYS) on aviation, he noticed that the campus flight simulator was nothing more than desktop monitors with basic controls.

“The course motivated me to make something more realistic, to give students the feel of flying a plane without the danger,” says Wallace, who set out to build a Cessna 172 Skyhawk simulator with a 360-degree experience.

Brian Gilfedder ’21, who took Wallace’s FYS, was so impressed that it inspired him to restart the aviation club, which has grown to 20 members with its own student-built simulator.