In the realm of academia, an endowed chair is the equivalent of inducting a musician into the Rock and Roll Hall of Fame, honoring an actor with a lifetime achievement Oscar, or retiring the jersey of a professional athlete.

Endowed chairs provide prestige, financial support, and recognition of a recipient’s teaching and scholarship. “These age-old symbols of distinction—the mother of Henry VII established one in 1502 at University of Cambridge—are given to scholars who are at the top of their fields,” says Abu Rizvi, professor of economics and former provost.

“They’re the highest academic honors we give to our faculty members. They commemorate a whole career of achievement and the promise of much more to come.”

And now, thanks to the Live Connected, Lead Change Campaign, there are 17 new endowed positions at Lafayette, bringing the total number of endowed chairs, professorships, and directors to more than 40. “Alumni care deeply about the education they received at the College, and recognizing a professor with this significant honor allows them to express deep appreciation to the institution,” says Rizvi. “It also ensures that future generations have the same opportunities and experience they did.” 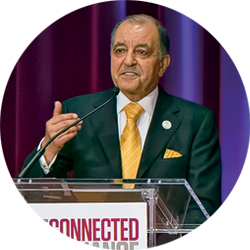 “The curriculum established by Lafayette went beyond teaching just the necessities of engineering. It taught me how to think and to consider how to solve real-world problems in the way you live your life. Now it is an honor and a privilege for me to give back to Lafayette and to say thank you.”

Seifollah “Seifi” Ghasemi H’17
President, CEO, and Chairman of Air Products, pictured during his presentation of the President’s Entrepreneurship Lecture in 2018. Ghasemi and the company endowed the Air Products/Ghasemi Chair in Engineering for Interdisciplinary Teaching.

Trustee David Roth ’70 says he was inspired to create an endowed fund for faculty chairs after a conversation with former President Dan Weiss before the start of the campaign. 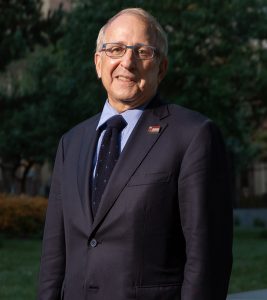 “I asked him what he would do with a pool of dollars over which he had complete discretion, and his response was to create 10 to 15 endowed chairs that would reward faculty and at the same time potentially free up dollars for other uses in the operating budget,” says Roth, senior managing partner of South Ocean Capital Partners, a private investment firm headquartered in Fort Lauderdale, Fla.

Roth and his wife, Linda, fulfilled their commitment shortly after the public phase of the Live Connected, Lead Change Campaign kicked off in 2014, allowing all three of the professorships supported by their endowment to be appointed by summer 2015.

“Although it takes many types of resources for a college like Lafayette to be successful, in my mind the College’s most important asset is human capital,” Roth says. “Faculty and students are the human capital that fuels Lafayette’s excellence.” 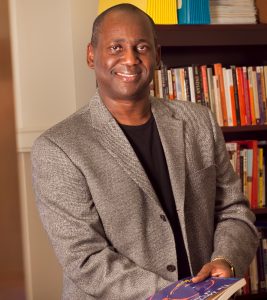 Ian Smith, professor of English, is the inaugural Richard H. Jr. ’60 and Joan K. Sell Chair of the Humanities. A renowned Shakespeare scholar who uses the playwright’s work as a vehicle to teach about racial issues, Smith views the new position as validation of his research. “It’s a way for the College to shine a light on the importance of the humanities and racial literacy in preparing students for professional lives,” he says.

Breadth of education was the idea Board of Trustees Chairman Robert Sell ’84 and his wife, Susan, wanted to promote when they established the endowed position in memory of Sell’s parents. Although both father and son majored in economics, Sell says studying religion, literature, and other subjects in the field of humanities as an undergraduate gave him a competitive edge when he joined Accenture, an international management and consulting company, in New York City the year he graduated.

“What the humanities did was sensitize me to the difference in people and cultures around the globe,” says Sell, who recently retired as chief executive of Accenture’s Communications, Media, and Technology Operating Group.  “Being able to bring that from my Lafayette education to my career was powerful.”

As such, plans are underway for Sell to attend one of Smith’s classes to talk about the power of the humanities in business.

Named chairs are the highest form of recognition an institution can give for a career of high-quality scholarship and teaching, and I was flattered and thrilled when I learned that I had been awarded a Roth chair. My chair funds have allowed me to pursue my Cold War project by traveling to Ukraine to do research on Soviet espionage in the KGB archive there.

For Susan Averett, Charles A. Dana Professor of Economics since 2006, holding an endowed position conveys prestige to her career.

Averett says the chair also provides her with additional funds to attend conferences, which helps inform her teaching in health economics, and provides opportunities to put her work in front of other scholars in her field. “I usually go to three or four conferences a year,” she says. “It helps me to be able to stretch myself in scholarly ways.”

The Practice of Endowing Faculty Positions at Lafayette began more than 145 years ago. In 1873, George B. Markle Sr. (father of John Markle 1880, creator of Markle Hall) contributed $30,000 to establish the first endowed position at the College, the Markle Professorship of Mining Engineering. John Markle later added to the fund his father created. Over the years, the Markle Professorship has been held by nine faculty members, evolving with the times. When mining engineering was no longer a focus in the 1950s, the professorship was changed to appropriate areas of study. Since that time, Markle Professorships have been held in geology, chemical engineering, and engineering science. The position is currently held by Kira Lawrence, chair of the Department of Geology and Environmental Geosciences.

Peleg and Robert Weiner, Jones Professor of History Emeritus and Jewish chaplain, started the still-in-progress fundraising campaign with active assistance from the Division of Development and College Relations.  Because Jewish studies is an interdisciplinary program offering a minor, faculty who teach courses come from a variety of academic departments across campus. Creating a chair devoted to the program ensures that a broad variety of courses in Jewish studies continues to be offered. (Weiner retired in May 2019 after a 50-year teaching career.)

“It signals Lafayette is a diverse institution open to everyone,” Peleg says.

*To be funded through bequests