Thanks to an anonymous donor who contributed $8.5 million as challenge funds toward major gifts for engineering, nearly 50 generous supporters, corporations, and foundations stepped forward to enable a bold future for the division.

How did these initiatives all come together? As Scott Hummel, William A. Jeffers Director of the Engineering Division, says, “It all came down to alignment.” In 2016, as the engineering division was preparing to celebrate its 150th year, three opportunities began to align: the launch of President Alison Byerly’s new strategic direction, the interdisciplinary evolution of engineering nationally and internationally, and the push for a more diverse and inclusive Lafayette. Nationwide, the demand for interdisciplinary engineers is growing.

“When you think about a technical education, the first aspect that students and parents want to see is Lafayette’s equipment,” explains Hummel. “They want to make sure we have the right ‘stuff.’ When you think about engineering, people say engineers build things and solve problems. But what engineers really do is help people live longer, healthier, happier lives. I think that is the true mission of engineering. It is not about stuff; it is
about people.” 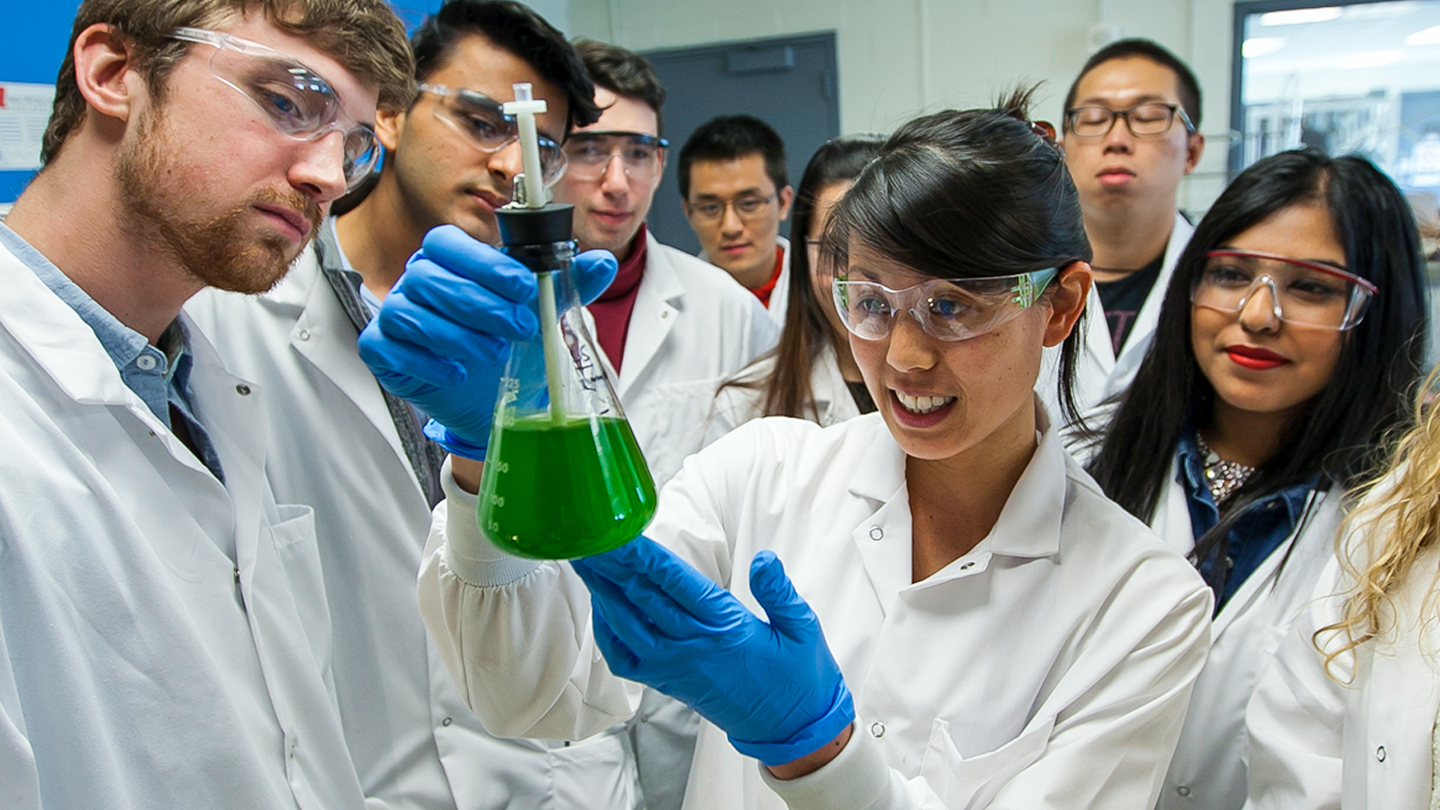 A major driver behind this initiative, based on the demand for interdisciplinary experiences and collaborative problem-solving, involved offering opportunities for students to study in cross functional ways. Lindsay Soh, named the Kate and Walter A. Scott ’59 Scholar in Engineering, focuses her efforts on creating these opportunities for students by teaching interdisciplinary courses such as Alternative Energy Sources and Green Engineering in addition to those that are in her chemical and biomolecular engineering repertoire. Her endowed position was created through a gift from Walter Scott ’59’ P’94 GP’22 and wife Kate to raise the bar for women and minorities in engineering.

In addition, facility upgrades planned for Acopian Engineering Center are being designed to foster cross-disciplinary interaction. An exciting project completed last fall is LeopardWorks, a 5,000-square-foot maker space in Acopian supported by donors to the challenge. Modern equipment is also vital to this effort, as it is essential for students to experience hands-on learning opportunities. As such, a $1 million equipment fund was established to keep the division up to date with the most current tools to prepare students.

As the College continues its commitment to enhance affordability and distinction through growth, so too has the engineering division. In two short years, more than $8 million was raised for scholarships and financial aid specifically for students majoring in engineering. Many generous supporters saw the transformative impact of education on their lives and believe it is critical to our society to pay it forward.

Bold plans for Lafayette engineering programs also include the addition of interdisciplinary themes in such areas as bioengineering, environmental engineering, and robotics, among others. Engineering faculty are investigating various ways to integrate these into degree programs, including through the new Bachelor of Science in Engineering (BSE) recently approved by the faculty and Board of Trustees. “The BSE degree will require students to learn and understand the fundamental concepts that transcend engineering disciplines,” explains Hummel. “Students will apply this foundational knowledge in an interdisciplinary thematic concentration at the intersection of traditional engineering disciplines and the liberal arts.”

The concentration will offer students experience in engineering system design and the ability for professional practice or further graduate study. An important aspect of the BSE will be framing engineering challenges as being socio-technical so that students appreciate and place value beyond traditional engineering content.

Hummel also notes the importance of acknowledging the previous generosity of others, including the Acopian family, whose philanthropy transformed the engineering facility in the early 2000s, contributing to the successful program that it is today