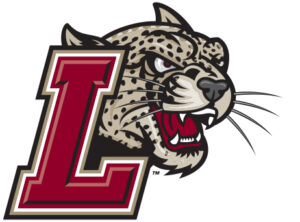 In the fall of 2020, Lafayette sports were put on hold until the spring as part of the College’s comprehensive COVID-19 safety plan. With two seasons being merged into one, athletes, coaches, and sports teams across campus came head-to-head with a semester unlike any other—and emerged victorious. Here’s an instant replay of the highlights from 2021’s unprecedented spring/fall athletics mashup.

FEB. 12: THE MADNESS BEGINS
Winter and spring sports were underway when the postponed fall season began. This day was the first time all 23 sports teams simultaneously operated competitive seasons.

FEB. 13: MEN’S BASKETBALL DEFEATS LOYOLA IN TRIPLE-OVERTIME THRILLER
A never-before-seen six-matchup competition resulted in the Maroon and White going 4-2 against the Greyhounds, winning by a combined 11 points.

APRIL 10: LAFAYETTE BESTS LEHIGH
In fall 2020, the Lafayette-Lehigh game was not played for the first time since 1896. But the Leopards came back with a vengeance, clinching the College’s 80th win in the series.

APRIL 17: MEN’S SOCCER TEAM FINISHES WITH 6-0 RECORD
The Leopards were ranked No. 24 in the nation, the first time the team has been nationally ranked during head coach Dennis Bohn’s tenure.

While the spring semester had its fair share of challenges, it was remarkable to witness our entire athletics community come together to provide the best experience possible for our student-athletes. It required coordination and commitment on the part of our athletics staff and coaches, and I am thankful for each and every one of them for their efforts throughout this past year. 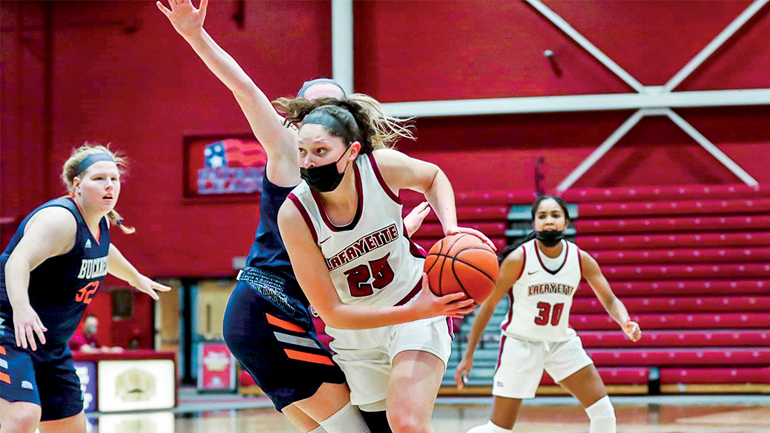 WOMEN’S BASKETBALL: Natalie Kucowski ’21 became Lafayette’s first WNBA draft pick. She announced in June she signed a contract with KP Brno to play professionally in the Czech Republic. Kucowski was the 2020-21 Patriot League Player of the Year, Defensive Player of the Year, and All-Patriot League First-Team selection, finishing with 1,415 career points and 1,197 career rebounds.

MEN’S AND WOMEN’S TRACK AND FIELD: Ainsley Jacobs ’21 and Ryan Branch ’21 both broke 5,000-meter records at the Patriot League Championships. 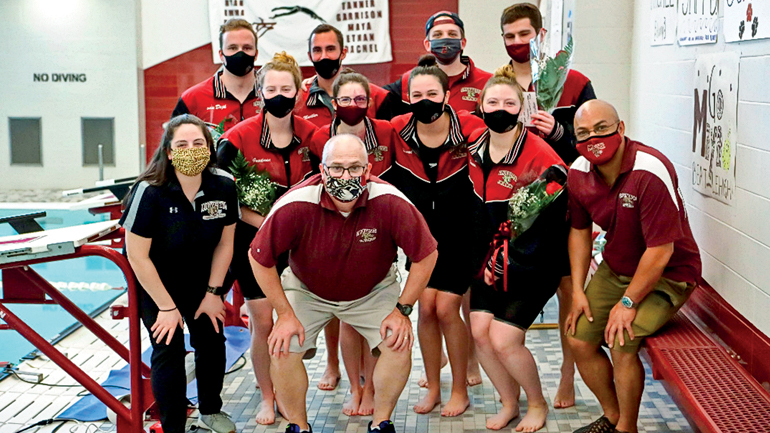 Lafayette’s athletic programs ranked first in the nation in the NCAA’s annual Graduation Success Rate (GSR) report in 2020, claiming a 99% GSR overall for its 19 sports measured 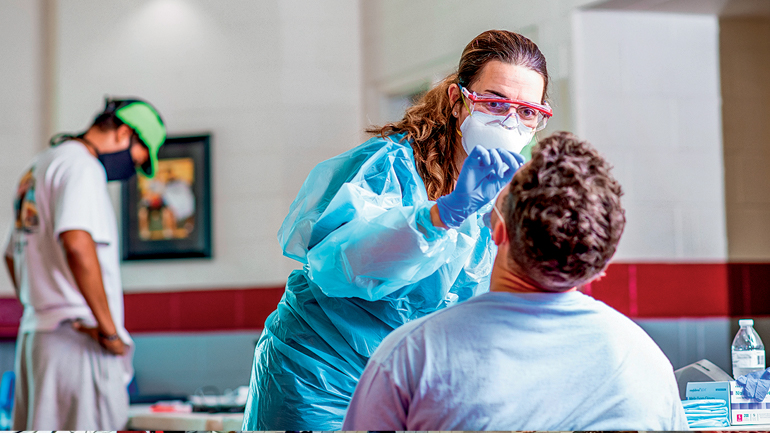 To ensure the safety of the players and coaches during the coronavirus pandemic, director of sports medicine and head athletic trainer Matt Bayly worked with the Lafayette athletic training staff—headed by director of health services Dr. Jeffrey Goldstein—to develop return-to-play plans that enabled all 23 of the College’s athletic teams to have a competition season this spring. Student-athletes were COVID screened as often as three times per week, with at least one test within 72 hours of a competition. 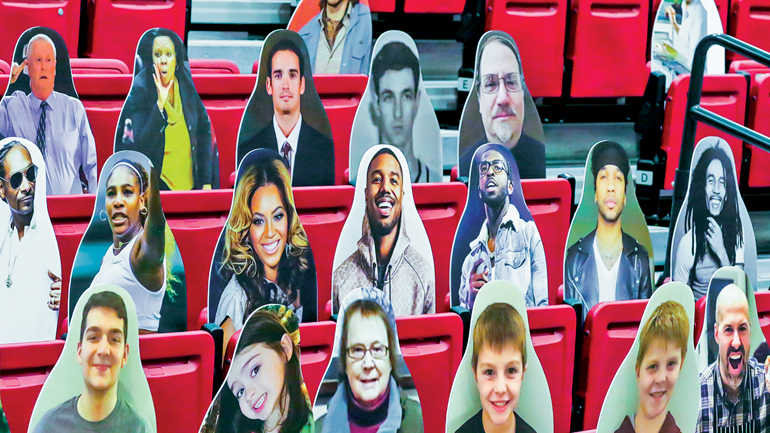 Fans weren’t permitted at basketball and volleyball games, but parents and friends of the student-athletes were able to purchase photo cutouts—which were placed in seats in Kirby Sports Center Arena—to show their support. With attendance limited for much of the spring, viewers turned to the Lafayette Sports Network’s new broadcast partner, ESPN+, to watch nearly 40 events.