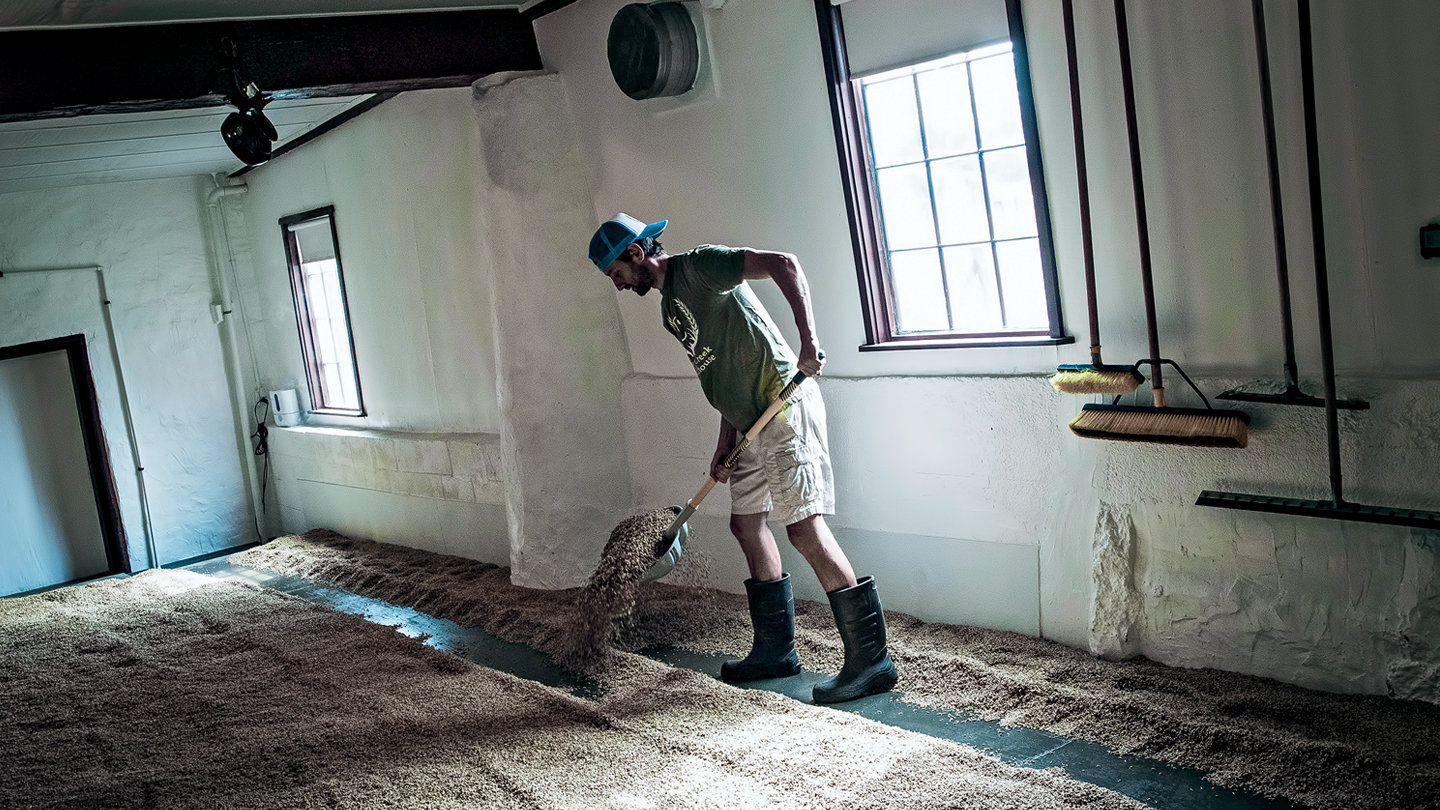 A key ingredient of many Pennsylvania-produced brews is scattered across the floor of the 150-year-old barn where Mark Brault ’03 germinates his malt for Deer Creek Malthouse. A misshapen carpet of what looks like gold dust stretches across a concrete slab about half the length of a football field.

When you enter the room, Brault makes you take off your shoes and step into rubber boots. Then he scoops up a handful and holds it out to you, caressing each miniscule kernel with a fingertip.

“You can see that it’s starting to sprout,” Brault says, pointing at the white strands curling from some of the pods. “That part’s still alive.”

Every eight hours for four days per batch, Brault tends to his little pets, turning them gingerly in rows with a rake. Eventually, after the malt has been cooked in a kiln, it might wind up in your favorite pint along with those little green pine cones called hops that act like spices.

Eighty-four breweries around the U.S. use Deer Creek malt in their suds, a number that keeps growing.

Deer Creek Malthouse, the business Brault co-founded in 2012 in Glen Mills, Pa., isn’t doing anything new, but it might as well be. Malting, a business as old as beer itself, dried up in Pennsylvania when it hit a wall. Prohibition. Eight decades ago.

Welcome to Deer Creek, Pennsylvania’s first malt house since before the Roaring ’20s.

In the days before the 18th Amendment, beer making in the Keystone State was booming. Eighty-four years after the 21st Amendment repealed Prohibition, and with the popularity of craft brews on the rise, the brewing business is back in a big way. But craft malt production in the states hasn’t been part of the resurgence. Beer makers looking for barley, wheat, rye, and other malted ingredients have long turned to Canada and Europe, where big malt houses pump out as much as 200 or 300 tons of malt per batch.

But Deer Creek doesn’t malt like the big boys. Whereas if you think of a large industrial malt house as making Wonder Bread, what Deer Creek’s small-scale farm produces is more like a croissant baked by a French pastry chef. A variety of recipes, techniques, and ingredients can be custom made to craft many beers.

Brault recognized that the craving for locally sourced, specialized ingredients coupled with the clamor for small local-label beers opened a niche.

From Merck to Malt House

It’s an early fall heat wave, and Brault is sporting khaki shorts, a tan T-shirt, and a backward trucker cap, all emblazoned with the Deer Creek logo. A three-day beard peppers his cheeks. He didn’t grow up on a farm, but he learned the greenery trade as a biology major. The business acumen needed for the malting gig came from a master’s degree he earned at Villanova. He also holds a master’s in immunology from Thomas Jefferson University.

Brault is from the beach town of York, Maine. Lafayette recruited him to run track, and he was a Leopard pole vaulter.

After graduation, he worked as a scientist for Merck & Co. From his home in a nearby town, he began to develop an interest in home brewing, and it was then he discovered the gap in the local craft brewing industry. Theoretically, anyway.

There had once been malt houses of all shapes and sizes throughout the Philadelphia area. Some were mom-and-pop businesses about the size of Deer Creek. Some of the larger breweries made their own malt.

Brault and his friends tried making their own specialized malts out of his home. “It was a kitchen-basement operation,” he says. Eventually, he decided to make a go of it on a larger scale.

Westtown Township in Chester County is a rectangle filled with woods and farms just south of West Chester. Brault and his founding partners picked the farm because it was available for lease, and the location was convenient.

The barn used to house livestock and needed remodeling. But a bigger concern was the supply chain of grain. Brault and his team scoured the countryside, visited with local farmers, and experimented with local crops to determine what sort of malt they could make.

“We did a lot of really small pilot-scale work while figuring out what varieties of grain would grow well around here,” he says.

Today Brault and his team receive their grains from fewer than 10 local farms. After the truckloads arrive, they’re taken to a corner of the barn where they are rehydrated under repeated deluges of water in a tank the crew cobbled together.

“Cobbling together” is a cornerstone of Deer Creek. Much of the equipment has been built with little in the way of blueprints. Even Brault’s expertise is hodgepodge. After all, where would he serve an apprenticeship and after what company would he model his business? The kind of shop Deer Creek aspires to died in the 1920s. There are a few dusty books with instructions. So, Brault traveled to Canada and visited a big malt house to learn a small-scale version of the trade.

In the end Deer Creek’s process of making malt is strung together from art and science.

After the grain soaks in the steep tank, it sits on the cement floor to germinate, or sprout those curling white hairs. During germination, the physical and chemical composition of the grain is modified and becomes malt; starch is converted to simple sugar, which makes it useful for brewing during fermentation. To do all that, the grain needs to continue to grow, and the room must be kept moist and cool. A plastic humidifier sprays a fog over the room.

Eighty-four breweries around the U.S. use Deer Creek malt in their suds, a number that keeps growing.

In the old days, maltsters used an old-fashioned plow to turn circles through the piles of crop. Deer Creek has one of these instruments, which resembles a medieval torture device. The operation outgrew it, so the modern Pennsylvania version of malting involves landscaping rakes and shovels.

After four days, Brault and his crew scoop up their product and cart it a few feet to another Deer Creek throwback innovation—the kiln.

A narrow chamber on one side of the barn, the kiln features a grid of openings to breathe heat onto the malt. It’s here that Brault and his partners can really diversify their product portfolio. They smoke and cure specialty malts, heating the small brown pods in any number of ways to alter the flavor and color of beer. Deer Creek can handle custom orders or produce traditional malts.

The kiln was built from an old shipping container Brault bought from an importer/exporter. The crew set upon it like mad scientists, trying out all sorts of hardware until their combined knowledge built a machine that can dry and cure batches of malt somewhat like it did a half century before any of them had been born.

“It’s cool thinking about where this thing has traveled,” Brault says, running a hand down the door to the kiln chamber. The door still has piping like the back end of a tractor trailer. “And now it’s been repurposed, and it’s sitting here.”

Once completed, Deer Creek’s malt winds up in 55-pound brown paper bags. Stacks upon stacks of the completed stock rise from one portion of the barn. The bags are labeled with handwritten names like “Independence Pale Ale” and “PA Dutch,” two of the house’s popular recipes. 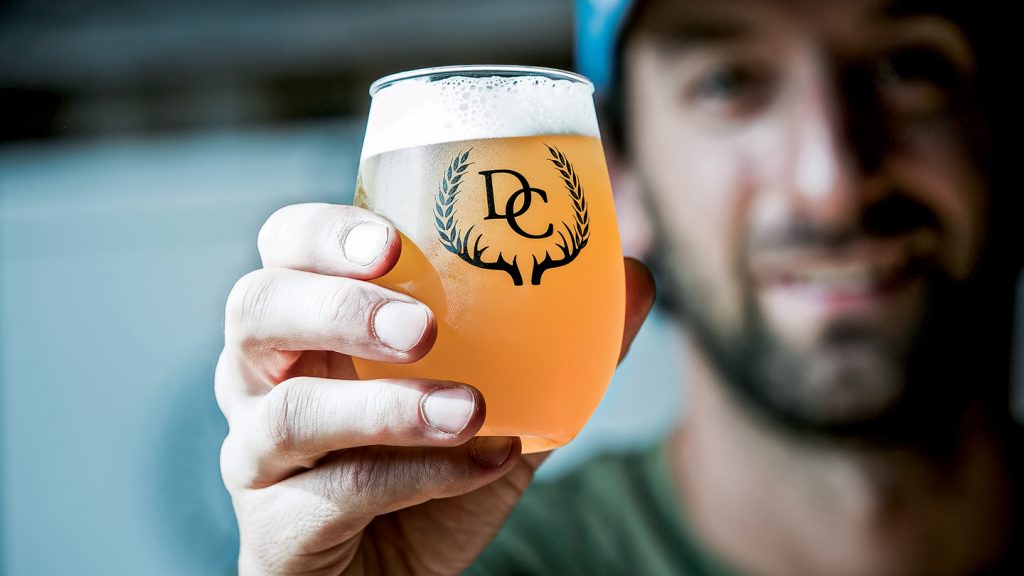 Up one flight of stairs is the malt house’s show room/storage room where a few stools surround a makeshift bar. The wall is lined with cans and bottles of the microbrews that use Deer Creek malt. Some labels feature the name Deer Creek on them.

Some of the breweries are local to Pennsylvania. Two are from Lafayette College’s hometown; you can taste Brault’s product in beers crafted by Two Rivers Brewing and Weyerbacher Brewing Company.

But Deer Creek malt isn’t just found in the beers of 84 breweries. It is also used by 15 distilleries and 17 confectionaries, restaurants, and bakeries, including those at Whole Foods Markets, where the malt has made its way into sourdough breads, cheese, and pasta.

Brault keeps a few untapped kegs of beer in a fridge. They represent yet another fun part of the Deer Creek job—testing.

“We do a lot of analytical brewing as part of testing the malt and characterizing it,” Brault says.

Since Deer Creek opened, other malt houses have popped up around the state. Plans call for eventually expanding Deer Creek’s output to make the business more sustainable.

Quality, however, will remain the most essential ingredient.

Hoisting a Pint to the Pilgrims 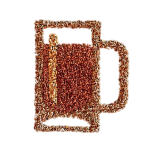 On the first Thanksgiving, Europeans and Native Americans came together in this new world to break bread in peace and brotherhood.