From talking too much in elementary school to winning oratorical championship

I have no magical recollection of what my first words were. My parents do not remember either. It would make this story a bit more pristine and proper; my journey with speech and debate has been anything but. The most reliable reference to some early glimpse at my having some “talent” in speech was my name consistently appearing in the “list of noisemakers” that elementary school class captains in Nigeria compiled for teachers daily. I was that student, always prattling on about something random like my favorite food, pounded yam. Cheekily, at some points, I also was the class captain with the mandate to write the list of noisemakers. It was like giving a robber a gun to chase himself. Somehow, he always managed to escape capture. 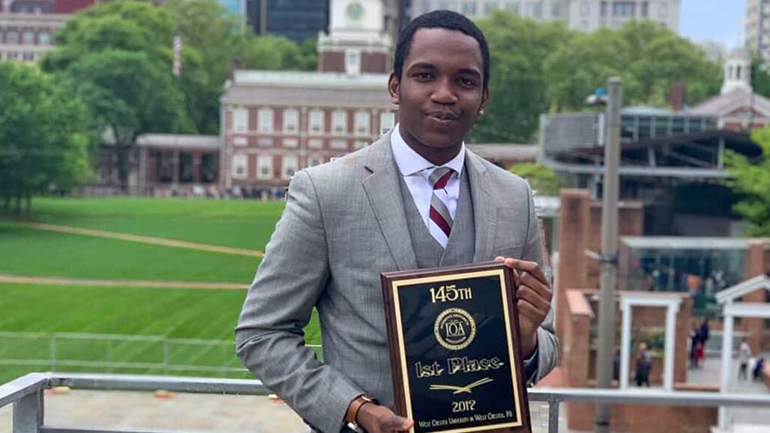 Probably owing to my garrulousness and good grades, my teachers in elementary and middle school began nominating me for speeches and poem recitations, which I thoroughly enjoyed. The pinnacle of my elementary/middle school speech experience came with a rendition of Martin Luther King’s “I Have A Dream” speech at the U.S. Embassy where I realized, around the same time as everyone else, that my tongue was loose and could pick up accents as it pleased. It acts a little like a bowl of salad—basically (Nigerian) green but tastes like whichever dressing you put into it. These days, it swings somewhere between an American and a British tongue when I pronounce “word” and “water.” It also is oddly very reflective, and its flavor depends on who I am speaking to at that moment. So it often ends up with Pakistani and East African inflections.

In high school, speech became debate, and debate was rougher and expected more from me than gimmicks. I actually had to think (ugh) and not regurgitate some paragraphs that had been handed to me. It was here that I learned what speech was actually about: restraint. Instead of letting your tongue run free and wild, you temper it with pauses and crisp pronunciations. Speech is about playing with the possibility of your silence, your excitement, and your explosion. That year, 2014, I went on to become Best Speaker at the National Debate Championship, leading my high school team to victory. All the while teaching myself, for the first time in a while, to shut up. 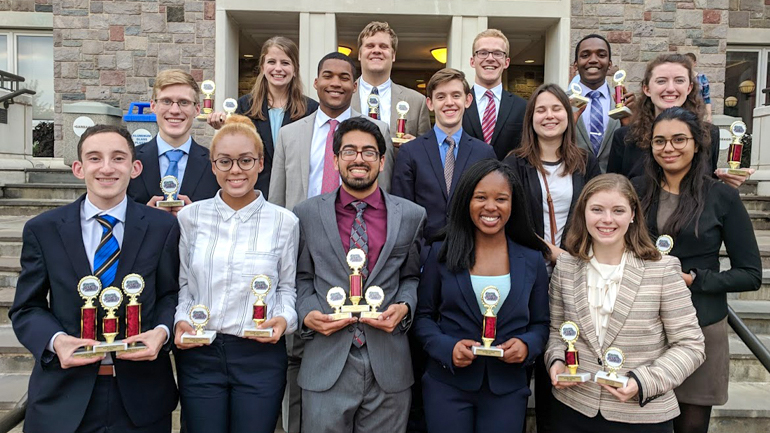 At Lafayette, I found speech (or forensics as the Americans call it) to be a life of its own. I started off with impromptu speaking as it was closest to what I was used to. However, my coach, Scott Placke, thought my aptitude was better suited for interpretation, the genre I have since fallen in love with and enjoy performing the most. Perhaps winning the Novice National Championship in dramatic interpretation that year beside a competitor that I looked up to, Abigail Onwunali (she won the Open division), betrothed me to it. I also tried my hand at a platform event that year called after-dinner speaking, which scared me a little. After much persuasion, however, I tried my hand at another platform speech called persuasion, and that has been my biggest success story in competition thus far, as I won the 2019 Interstate Oratorical Association championship.

Compounded with the thinking expected, speech in the forensics circuit incorporates heavy expectations of social action that can ripple through your personal decisions. My speech’s purpose was to inform about and advocate against West African child slavery in the Big Chocolate industry. Consequently, I gave up eating Hershey’s, Godiva, and most big-name chocolate brands. Many of my friends followed suit. At some point, it becomes more than a speech: It is choosing something worthy of your investment and dedicating your time to learn and teach others about it.

I still struggle with restraint, to be honest. “Volume does not equal intensity,” Scott always reminds me in our practice sessions. The way I think of it, speech is like pounded yam. Your tongue is the pestle and your audience, the mortar. The speech itself is yam being pounded. You pound the yam too hard and too fast on the mortar, and you are left with a lumpy message, hard to swallow. You have to know when to add water gently and mix it up, to get it to that smooth elastic texture that one can easily digest.