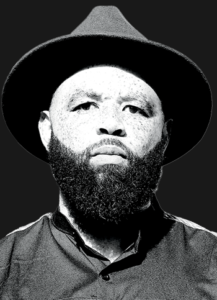 As a scholar-activist, my work focuses on the intersections of race, sports, and culture. I critically examine the cultural elements, identity, oppression of contemporary Black athletes. One way I do this is by examining collegiate athletic departments where many racial microaggressions affect the self-esteem, academic success, and personal development of Black student-athletes. I work to find solutions that will better fulfill their needs, limit the elements that hinder their progress, and reframe the way Black athletes are viewed.

My work is a labor of love. Love for my community. Love for humanity. In the same light, I see my work as a responsibility. There have been many people from past generations who fought and sacrificed for me to have a better future, many of whom did not know me. I owe them. I owe my grandmother who prayed for my safety before I was born. I owe the freedom fighters who lost their lives while fighting for my equality. They worked for my liberation without knowing what fruit I would bear. It was an act of radical love.

As an assistant professor who is unashamed and unapologetic about their Blackness, I feel proud I am able to be a role model for young Black people who share my cultural background but do not often see representations of it in successful or leading positions. Often, society frames Blackness as unworthy and Black life as disposable. Through my work and my presence, I am helping to change the way Black people and culture are seen.

Since my time at Lafayette, I have grown to become more socially, politically, and culturally conscious of the oppressive systems that harm Black life. But I also recognize the brilliance, beauty, and humanity of Black people. My growth and knowledge have equipped me with the tools to continue the work of my ancestors and fight for social justice in sports and beyond.

2004-06 Lafayette College, Student representative for “The Diversity in Athletics Committee”

2011-13 Philadelphia PA, Lead organizer for “Students for Mumia and all Political Prisoners”

2013, Washington, DC. (White House), Human Rights Campaign and the National Gay and Lesbian Task Force, Participant as an ally in the “Black LGBT Emerging Leaders program” as an expert on Black-male identity in sports.

2017-current, University of Delaware, Advisor for Ankh Maat Wedjau Honors Society, which contributes to the community through academic mentorship.

2017-current, University of Delaware Athletic Department, BLUE program, annual speaker on “the cultural transition out of collegiate sports and into the workplace”

In addition to the various things I have done throughout the last decade and beyond, the majority of my work comes though my academic research and writing. My academic work focuses on race, sports, and culture. More specifically, my work critically examines the cultural elements, identity, oppression of contemporary black male athletes in the U.S. and global context. My work is particularly important and timely given the zeitgeist that finds racial politics being negotiated through big-time sports. I have examined the cultural environment in athletic departments and found that there are many racial microaggressions that negatively affect the self-esteem, academic success, and life readiness of Black student athletes. I am focused on finding solutions that better fulfill the cultural needs of Black student athletes and limit the various elements that hinder their development. I also work to reframe the way Black athletes are viewed by providing a critical analysis that challenges despondent assumptions of black athletes often formulated through racially bias perspectives and commonly found in popular and academic literature.

My work is a labor of love. Love for my community. Love for humanity. Love for myself and my family, since I am part of these communities that are affected by these injustices as well. My children will grow up with the issues that go unresolved in generation. I see it a more of a responsibility. People have done this work for me without knowing me. They worked for my liberation without knowing what fruit I would bare. It is because of their love I have benefited from their sacrifice. And it is out of love that I repay my community by continuing the work by moving the ball of liberation forward.

I find pride in working with such brilliant and morally strong people. Many of the youth I work with have been able to use the technology and culture of their generation to develop new understanding and solutions to the issues hindering black athletes.

What is your most meaningful moment or significant accomplishment as it relates to your work for justice and equality?

My most memorable moments have come when I speak to former student athletes who credit my mentorships for their success.

One memory came as a professor. A student athlete who had locs and tattoos, as did I, was criticized by a coach for having them. The coach said, “you will be working at McDonalds one day with hair and arms looking like that.” But then he referenced me by saying, “look at Dr. Brown, he has locs and tattoos, and he’s a doctor.” My joy came from how fearless he was in defending himself against this attack on his cultural identity. I also felt proud that I am able to be a model for Black young people who share my culture, but do not see very many representations of it in successful or leading positions. Through my work and my presence, I am to help change the way Black culture is viewed in white-dominated spaces.

What is the greatest hurdle you’ve had to overcome?

The biggest challenge is knowing that many people and institutions talk about social justice and change, but most of them do not actually take action or support those who do.

This summer has absolutely impacted my work. The social action in sports has brought my work to the forefront of social justice. The use and role of sports has shown to be extremely significant in the Black communities fight against oppression. This is the focus of my work

Since my time at Lafayette, my perspective has not changed. However, it has grown tremendously. Martin Luther King Jr. once said, “We never are, we are always in a state of becoming.” That has been my trajectory. I learned and understand more about humanity and the issues that threaten our moral and physical being. I know more about myself as a Black man in a racialized society. I see the systems at work a lot clearer now.