Does social media amplify or muzzle the voices of the social justice movement? Two Lafayette scholars weigh in 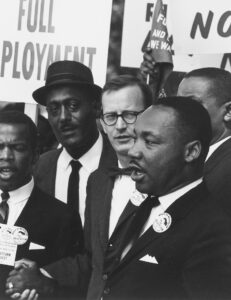 Martin Luther King Jr. during the 1963 March on Washington for Jobs and Freedom, during which he delivered his historic “I Have a Dream” speech, calling for an end to racism.

The podium at which Martin Luther King Jr. stood is a far cry from the modern platforms—like Twitter and Facebook—on which present-day activists vocalize their plea for social and racial equality. Today, social media’s influence on the social justice movement can be perceived as oscillating between boon and bane.

The immediacy with which social media allows us to connect with a diverse audience of millions around the world can increase visibility and awareness of critical issues, uplift oppressed voices, and potentially trigger widespread change. On the other side of the coin, when misused, social media can quickly become a vast breeding ground of disinformation and harassment that can threaten not only the livelihoods of the innocent, but also their lives, which can propel earnest efforts backward rather than forward.

According to HootSuite and We Are Social’s Digital in 2020 report, 3.96 billion people were using social media worldwide—that’s more than half of the people on Earth—as of July 2020. And with 12 new users joining the social media crowd every second, that number is growing rapidly. Additionally, users across the globe spend an average of two hours and 20 minutes on social media daily—which, when combined, add up to more than 1 million years per day.

Knowing that social media has become such a tightly woven thread in the tapestry of modern human life, we asked two Lafayette professors—Annie de Saussure, assistant professor of French, and Tim Laquintano, associate professor of English and director of the College Writing Program—to engage in a scholarly discussion: Does social media help or hurt the social justice movement?

Help: Social media has been, and continues to be, instrumental in amplifying voices of marginalized communities. 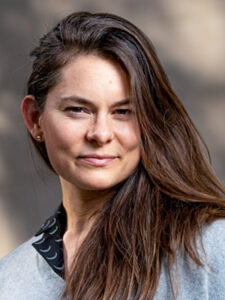 When considering the utility and power of social media in political and social movements, it is important to state the obvious: Social media has revolutionized how people communicate with each other. This has allowed grass-roots movements to spring up in areas of the world where freedom of press and freedom of speech are not protected human rights.

The Arab Spring is a compelling example. Revolutions across the Arabic-speaking world began after a 26-year-old Tunisian fruit vendor, Mohamed Bouazizi, committed suicide by setting himself on fire in protest of then-President Ben Ali and his government. Social media, particularly Facebook, was unquestionably instrumental in spreading news of his death, leading to protests and social movements of historic proportions—not to mention regime changes in Tunisia, Libya, and Egypt. 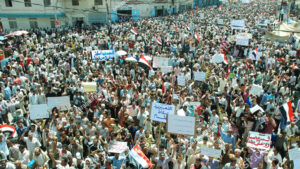 Currently, in France, as in the U.S., the hashtags #BlackLivesMatter and #MeToo have forced a national conversation around justice, race, and gender equality, which activists have worked toward for decades.
In the wake of George Floyd’s death, Assa Traoré’s #JusticePourAdama movement has gained momentum and international visibility. Her brother, Adama Traoré, was killed by police in 2016 on his 18th birthday after being arrested for not having his ID while riding a bike. Assa Traoré has been calling for justice ever since. Her Instagram page has nearly half a million followers, and her movement brought together tens of thousands of protestors across France this summer. Following her social media activism, Assa Traoré has published two books and is regularly invited on French national TV, radio, and online media platforms.

Similarly, the hashtag #BalanceTonPorc, or “out your pig”—France’s #MeToo—encouraged women to denounce sexual harassment and abuse in ways the country has never seen. This summer, French author Vanessa Springora published a first-person narrative titled Le Consentement, or Consent, in which she describes her experience of being seduced by French literary celebrity Gabriel Matzneff in the 1980s, when she was 14 and he was nearly 50. Her account instigated a national debate revisiting the “sexual liberation” culture of May 1968—the slogan of which, “it is forbidden to forbid,” blurred the line between sexual freedom and predatory abuse.

In my current research, I study how French community radio stations in the 1970s and 1980s worked together to overturn a decades-long state monopoly on broadcast communication. Radio, in many ways, was the social media of the pre-internet era. During this time, politicians on the right and left were concerned that too many stations on the FM dial would lead to information anarchy. How can truth be heard amidst a cacophony of voices? We’re facing the same question today. This dilemma is not new, though its dimensions today are far more vast. The question should not be whether social media is good or bad. Pandora’s box has opened. Our focus should be on how our democratic institutions must establish and enforce ground rules.

As philosopher Nadia Yala Kisudiki has stated, if you are a minority in France, you have to first affirm that you exist in order to be heard. Social media is a tool to that end. It amplifies voices of marginalized communities, traditionally excluded from the often-impenetrable institutions that have long acted as gatekeepers to cultural production, political discourse, and social change.

Hurt: If your movement is committed to the truth, you have a significant disadvantage in the social media ecosystem. 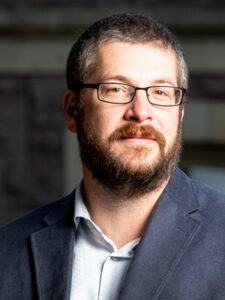 Tim Laquintano, associate professor of English and director of the College Writing Program

We can talk about any characteristic of the internet with both a happy face and a sad face. This is a common joke among researchers. Take this characteristic: The internet can allow everyone to publish without “gatekeepers.”

In my first book, I researched this idea and witnessed some happy things. I interviewed people like war veterans who self-published their memoirs using the internet. The process of writing and finding readers allowed them to come to terms with their experience. One writer reported closure on pent-up feelings he had been carrying since the Vietnam War.

In my current research, I’m researching this idea years later, and I’m seeing some sad things. I’ve interviewed poets, journalists, and nonprofit leaders. They’ve published writing, and in a world without gatekeepers, they’ve been trolled and harassed, and subject to death threats through social media.

Because of the happy/sad conundrum, it’s hard to determine if social media has been a positive or a negative force for social justice. There are undoubtedly some positives. Computational social scientists have produced promising research that shows social media activity can have a measurable impact on the public sphere, pushing issues of social justice into the mainstream media. Moreover, ubiquitous video has exposed a number of grave injustices that might have been lost to history otherwise. 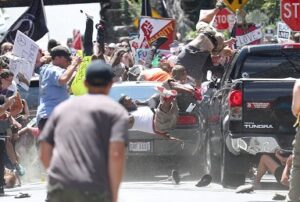 James Alex Fields Jr. deliberately drove his car into a crowd of people who had been peacefully protesting the Unite the Right rally in Charlottesville, Virginia 2017

The main reason I don’t think social media is a net positive for social justice movements is this: If your movement is committed to the truth and responsible argumentation, you have a significant disadvantage in the contemporary social media ecosystem. Hate groups with no such commitment have a host of disinformation practices that exploit social media to have disproportionate influence on conversations of public interest. The same media products used to advance social justice can have treacherous afterlives as they whip through social media feeds. All videos are subject to manipulation and deceptive recontextualization in order to spread hate. Bots and trolls facilitate this spread.

These strategies combine to gnaw away at our shared sense of reality and truth. They sow widespread confusion with the hope that all facts will start to seem alternative. In social media environments, repetition—likes, shares, retweets—breeds its own reality.

Social media companies cannot stop these practices because, frankly, they have built systems they cannot control. They refuse to spend money to hire enough human moderators to put out their dumpster fires, and the artificial intelligence they use to hunt down malicious disinformation can be easily fooled.

For now, unless a social movement is willing to play the social media game, to look for vulnerabilities in the systems and exploit them to get their message out, they will be at a disadvantage. They will have fewer shares, fewer likes, and they will have less influence in public debate. As Evgeny Morozov, [an American writer, researcher, and intellectual from Belarus who studies political and social implications of technology], has observed in another iteration of the happy/sad dilemma, at the same time activists began celebrating the potential of social media for liberation, authoritarian governments began celebrating the potential of social media to suppress opposition and dissent.