Before Judging Others’ Prejudices, Assess Your Own

Editor’s Note: A quote from an interview that Assistant Professor Angela Bell gave to CNN for a story on the pervasiveness of racism in the United States was repeated by other outlets without adequate context. In this essay, Bell explains her research conclusion that everyone needs to do “the difficult work” of confronting their own racism. 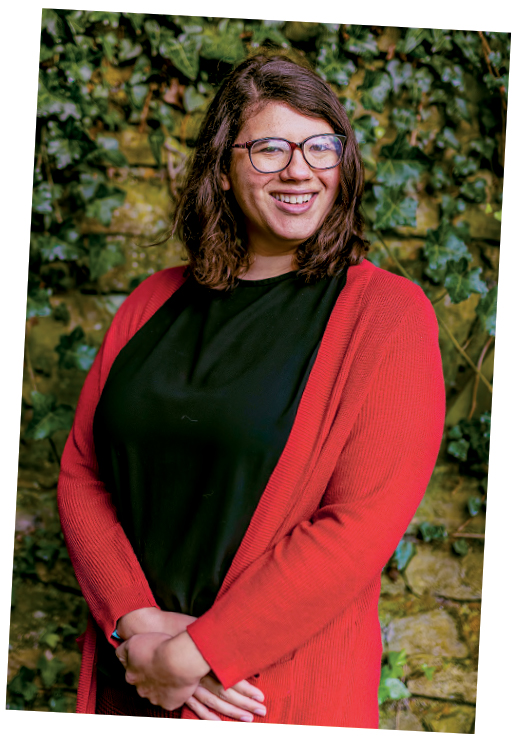 When confronted about why she called the cops on a Black man who was birdwatching and asked her to leash her dog, Amy Cooper said this: “I’m not a racist. I did not mean to harm that man in any way.”

Those words haunt me too.

How does Amy Cooper deny she is a racist when her own behavior is undeniably racist? I am a social psychologist, and I study the cognitive biases that arise when people deny prejudice in themselves and others. My previous work shows that people consistently rate themselves as less racist than fictional “others” who engaged in identical behaviors.

Amy Cooper is able to deny her racism in the face of contradictory evidence because she is likely not using her own behavior to evaluate herself. There is nothing motivating her to reflect on her actions accurately, because to be a racist person is a threat to seeing oneself positively. When people attempt to separate their sense of self from their behavior, people do not stand to gain any benefit from recognizing racist behavior in themselves.

Amy Cooper’s Central Park confrontation with Christian Cooper (no relation) occurred because she knowingly walked her dog off-leash. When asked to follow the rules, she refused to do so or move to a more dog-friendly area. Amy Cooper’s words and actions captured by Christian Cooper’s phone highlight that her subsequent racism denial is not inconsistent with her behavior but rather perfectly consistent with her inflated sense of self.

It is easy for Amy Cooper to call herself “not a racist” even as she commits racist acts. But it is just as easy—and dangerous—for the rest of us to consider her the “other” racist or write her off as just another “Karen” without evaluating our own behaviors.

As protests continued this summer and into the fall for Ahmaud Arbery, Breonna Taylor, Elijah McClain, George Floyd, and Jacob Blake (among countless others), there were increasing calls for action to address and reduce anti-Black racism across the United States. In response, however, people claimed to not be racist or that racism is a “thing of the past.”

Pew Research recently reported white people’s support for Black Lives Matter has declined since June. FiveThirtyEight reported white people’s disapproval of police is diminishing. I find this disturbing because these trends could indicate a rise in anti-Blackness. People may feel even more justified in their racist behaviors, from refusing to hire qualified Black candidates to endorsing calling the cops.

Racism is perpetuated by the denial of its existence, a denial that willfully ignores the wealth of empirical research and the sharing of lived experiences. Denying racism actively and explicitly harms Black, Indigenous People of Color (BIPOC).

This is not an issue of implicit or unconscious bias. Our goal is not to be less racist than others, but rather to be actively anti-racist; to stop identifiable, predictable, and preventable harm, and improve the health and well-being of our most vulnerable BIPOC populations.

We need to commit less to protecting our feel-good desires and more to doing the difficult work of understanding how and why Amy Cooper’s actions have uncomfortable parallels with our own. n

Angela Bell is an assistant professor of psychology at Lafayette.