“If we’re not on somebody’s street five minutes after it stops snowing, or their garbage can isn’t put back in the same spot after being emptied, they complain,” says Bob Anckaitis ’67. “We raise their taxes, we don’t hear anything. Figure that out!”

Anckaitis is township manager in Palmer Township, Pa. Bonnie Butler ’79 is a member of the township council and deputy mayor in Franklin Township, N.J. Todd Turner ’89 is a member of the city council in Bowie, Md. All understand the challenges of providing municipal services in a difficult economic environment. “One thing I’ve learned working at the local government level is that the budget is no different from the budgets we have for our own households,” Turner says. “You’re getting only so much revenue in, and you have so many expenses, so you have to balance by increasing revenue or reducing services or some combination.”

In Palmer, a municipality of 21,000 people that shares a border with Easton, the tax increase about which nobody complained became necessary because revenues from the township’s real-estate-transfer tax had declined precipitously while the earned-income tax stayed flat. Under Anckaitis, the township has reduced expenses by suspending summer roadwork, eliminating staff by attrition, adding more duties to remaining employees, and making its five-year-old community center self-sustaining.

Appointed by Palmer’s board of supervisors in 1999, Anckaitis oversees day-to-day operations, hires and supervises municipal employees (there are 11, ranging from the fire commissioner to the zoning officer), and leads the budget planning process. 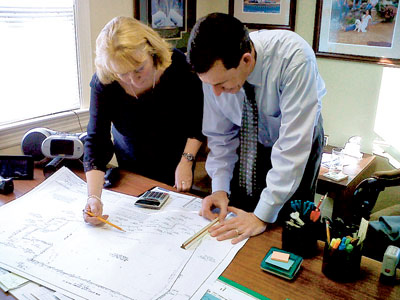 In Franklin Township, Butler, a Spanish instructor at Rutgers University and former harness racing professional, works about five hours a week as a council member and deputy mayor. Because the township is so small—about 3,200 residents scattered over rolling hills peppered with silos and farmhouses—Butler and four other council members, who appoint a mayor, review all expenditures.

“Every month, every committee person has to sign off on the vouchers for every bill,” says Butler, who served as mayor from 2007 to 2009 before stepping down to finish her doctoral dissertation. “It’s amazing what we catch with five people looking over the bills. We’ve cut back on electric, on phones. And I’ve learned all the different terms for asphalt that you put on a road.”

Butler has always believed in public service. A Spanish major at Lafayette, she says her experience running organizations and learning the art of diplomacy in leadership positions as a student has been helpful in her role as an elected official. Since New Jersey is one of the nation’s most financially troubled states and imposes numerous regulations on municipalities, budget planning and cash-flow issues can be a nightmare.

“The state often comes up with new programs that require municipalities to hire professionals and do a lot of reporting, and by and large that part of the equation is unfunded,” Butler says. “Even if it is funded, it takes a while to get the money back.” It took months, for example, for the state to reimburse her township for a $60,000 water-quality study. And then there’s the Garden State’s affordable-housing initiative, a tangle of evolving regulations requiring municipalities to develop or reserve a percentage of housing stock for low-income residents—a program that Butler supports in theory but calls “out of control.”

As for this year’s budget, which the state has to approve, Franklin will most likely need to slash capital improvement funds, but Butler says the council will do its utmost to preserve high-quality health care for the township’s four full-time employees.

Meanwhile, in Bowie, Md., where Turner is serving his third two-year term as a member of city council, a tough decision had to be made. For more than three decades, municipal employees worked in a one-story former elementary school. Four years ago, the seven-member city council voted to build a new facility at a projected cost of $25 million, necessitating a $12 million bond issue. It was a major expenditure for the city of 55,000, located between Washington, D.C., and Annapolis. But the new three-story building, a graceful, glass-walled structure with a majestic council chamber and facilities for the 50-member police department, signifies that Bowie, incorporated in 1916, is coming of age. 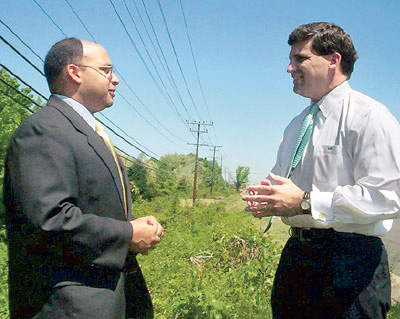 Turner’s passion for government service began the summer after he graduated from Lafayette with a major in government and law, when he served a Graduate Scholars internship in the Office of the Mayor of the City of New York.

“I’m straight out of college and, within two or three weeks, I’m in city hall providing an overview of a program to Ed Koch,” he recalls. “I got hooked on public service.” He went on to obtain his J.D. from City University of New York School of Law at Queens College. After doing some legal work for New York City, including representing the city in civil litigation in state and federal courts, he moved to Maryland, working first for the president of the Maryland State Senate and then for a member of Prince George’s County Council. He’s now a legislative officer for the county.

Turner explains that part of the budget difficulty that any municipality faces is decline in revenue. “In Maryland, we assess property every three years. When Bowie’s was done this past year, we found a 25-to-30 percent decrease in property values. The last time we assessed, we were in a boom, and now we’re in a gully. That’s going to impact revenue substantially, to the tune of about $1.5 million less this upcoming year and subsequent years until we reassess.”

Since Bowie is primarily residential, Turner says, the council has few options for raising revenue other than increasing taxes. Though Bowie has socked away a substantial cash reserve over the past few years—close to 50 percent of the budget as opposed to the standard 5 to 10 percent most other municipalities save—the council will most likely look at cutting municipal labor costs, about 65 percent of the budget. In addition, since Maryland eliminated grants for road repair, residents might see a few more potholes, too.

Anckaitis, an Easton native, government and law major at Lafayette, and Vietnam veteran who retired from the army as a lieutenant colonel after 24 years, plans to retire as Palmer’s manager on June 1.

“I managed barracks and mess halls and motor pools as a commander. I led people and managed equipment—howitzers instead of trucks and plows,” he says. “It’s really the same thing, just with civilians, and not quite as much danger involved.”