In the first day of class last semester, Tim Laquintano shared a poem with his students and without identifying the author, asked them to try and derive meaning from the four lines.

“Then I attributed it to Emily Dickinson and asked them to reread it, and consider how meaning might change,” says Laquintano, assistant professor of English and assistant director of the College’s writing program. “Now their assumptions about gender, genre, and time are challenged.”

Laquintano wasn’t done. Just as students were beginning to understand the importance of authorship in gleaning context, Laquintano delivered a literary sleight of hand. The poem, he revealed, had been generated by a computer program, not a solitary figure laboring in a dimly lit attic.

The exercise wasn’t about duping students, but whether meaning can be endowed from computationally produced art and writing. It’s a question humanity will be grappling with over the next decade, says Laquintano, who is measured in his concern about computers or artificial intelligence compromising the creation and expression of original thought.  “My sense is that most computer scientists think that complex writing is still very far away.”

Everyone Is Needlessly Sweaty

Computers are good at small genres—tweets or short newspaper articles based on data-driven information.

“Artificial intelligence is good at task-based activity,” says Laquintano, whose book Mass Authorship and the Rise of Self-Publishing won the 2016 Computers and Composition Distinguished Book Award. “Writing is a cross-domain activity, so when I ask my students to write, I am asking them to synthesize data, experiences, and texts. All of these things cross multiple domains. Computers do not automate professions; they automate tasks.”

And even then, it’s a crapshoot.

Laquintano says he was seduced recently by InspiroBot, a bot that creates an endless stream of motivational slogans with a database of images. (A bot is a web application that performs an automated task.)

“It created all sorts of super bizarre, incredibly creepy slogans,” he says. “I couldn’t figure out why I liked it so much, other than it was an intermittent reinforcement of my research, because so much of what it generated was absolutely nonsense.”

Here are a few examples:

There’s no I in Slaughterhouse

Everyone is needlessly sweaty

Earth is controlling the media

“The other reason is I have no attachment to the author—motivational slogans have traditionally been authorless texts,” Laquintano adds. “And this is where you see computationally generated writing making some inroads.” 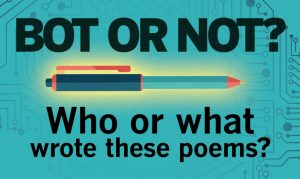 Joann Ordille, assistant professor of computer science, agrees. Computers haven’t reached beyond the basics when it comes to writing or come close to replacing that inner spark needed for true human inspiration in artistic pursuits, she says.

Computers may be able to generate poetry and art, outwit humans at the chessboard, drive cars, and equip Siri to look up a recipe, but technophobes need not worry that dark machinery is replacing the muses, Ordille says.

They can, however, be helpful, time-saving assistants in the creative process.

“Computers have this ability to sift through huge volumes of information that would be daunting to a human being and look for certain characteristics, certain patterns, or certain anomalies and bring them forth so that people can examine them further,” Ordille says.

For example, a scientist trying to come up with a new scientific theory can use the computer to look at all possible combinations of chemical compounds in a certain area and propose ones that best meet criteria of the new discovery. Then scientists can evaluate them.

“I’ve also seen the computer generate recipes,” Ordille says. “IBM’s deep-learning system, an artificial intelligence system that mimics how the human brain works, wrote a cookbook. It analyzed a lot of recipes and categorized combinations of ingredients that appear in recipes and proposed new ones, some of which were actually pretty good. But by far, they were not all good.”

Computers also get poor reviews, at least from Laquintano, when it comes to automated grading of student essays.

Computers can identify correct placement of a comma or correct the syntax of a sentence, but they don’t have the ability to grill students on the logic of their argument and provide feedback on their prosaic thinking.

“There are companies out there that say, ‘Oh well, that’s not really important. What’s important is that they know good grammar and syntax and can write a five-paragraph essay, graded by a computer for a standardized test,’” Laquintano says.

“It’s the kind of feedback that bad writing teachers give as a matter of course,” he says. “So sure, you can replace a bunch of bad writing teachers with computers already because if all a teacher is doing is correcting grammar and punctuation and not caring what a student is saying, then you may as well replace them with a computer.” 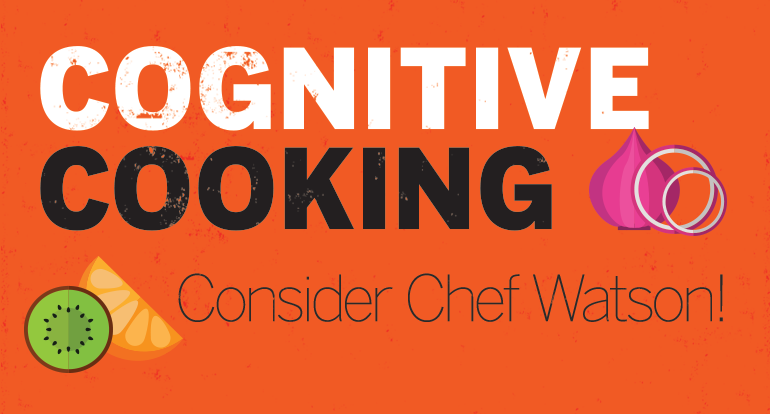 Laquintano doesn’t believe computers are gunning for his job, but they are controlling what information pops up on our social media feeds. Laquintano finds this alarming, especially in today’s political climate, because it doesn’t allow for diversity of opinion and continually validates one point of view.

“It’s not just a question of who writes or what gets published because everything can be published on social media or other platforms,” he says.  “What’s concerning are the kinds of programs that determine what comes in front of us and how they can exploit social network algorithms to get a topic to trend.”

About 40 percent of tweets sent during the 2016 presidential election were generated by bots, Laquintano says, creating an illusion of consensus.

Computers also are curating our perception of artwork.

“So my example is if you think about color—the artwork could perceive the color of a person’s dress and could then change itself to be a complementary color or one that is really dissonant with what the person is wearing, or it could be more muted or
could be more saturated or more bright,” she says.

Masters of Our Imagination

There’s always a cultural panic when the next iteration of media comes along.

After all, Socrates decried the invention of writing as the enemy of memory. And medieval monks feared the printing press would make them lazy and erode the church’s authority.

Professional writers resisted early word processors in the 1980s, believing technology would kick their inner muses to the curb and produce something more synthetically contrived than purely creative.

“You saw it with the rise of radio, television, and people lamenting the status of the book and long-form writing,” Laquintano says.

But through it all, human beings are still masters of their imagination, says Ordille, who points out computers and the software they employ are made by flesh-and-blood mortals.

“Computers can help us find the spark and save time, but I don’t think they can replace our spark.