Armed robbery, mail fraud, and catching the Unabomber were all in a day’s work for retired postal inspector Don Davis ’71 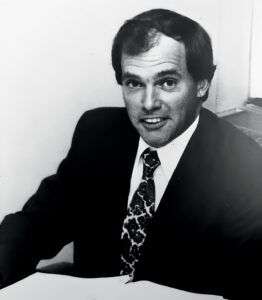 Don Davis ’71 at his Washington D.C. desk at the national headquarters in 1985

Nothing is as adventurous as a job at the post office. Don’t think of selling Forever stamps, sorting envelopes, and weighing shipments. On the excitement scale, that’s parcel post. You want express mail stuff like armed robbery, white collar crime, and smuggling. Those thrills were attractive enough to lure engineering student Don Davis ’71 away from an offer at a local steel company and to add a holster and badge to his inquisitive mind and liberal arts foundation. Davis was part of the task force that caught the Unabomber. It all began when his father, a humble postmaster in northeastern Pennsylvania, asked his soon-to-graduate son to consider following in his footsteps. 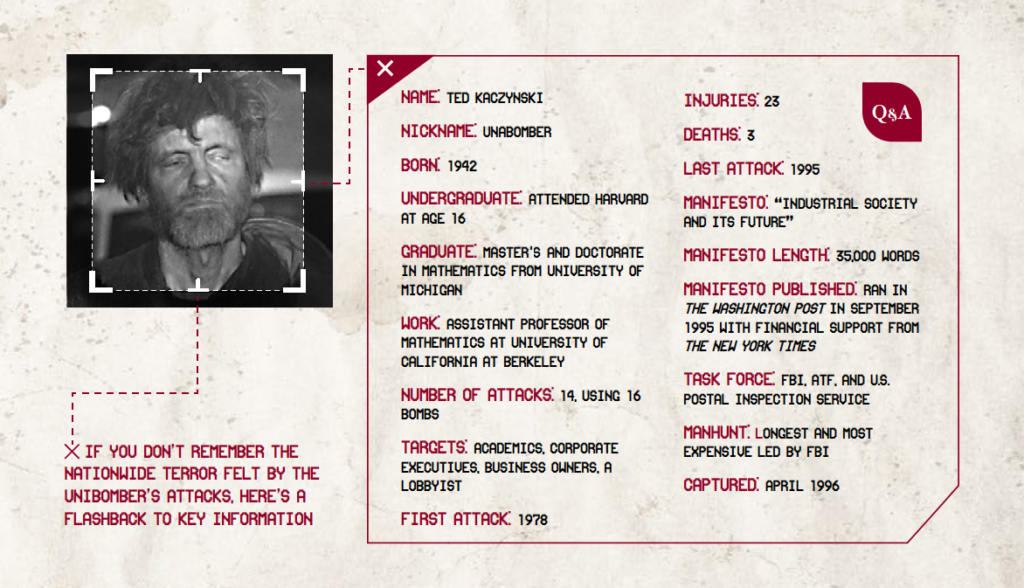 How did you land at the Postal Service?

I was a metallurgical engineer and had an internship the summer following my junior year at Bethlehem Steel, which led to an offer from them my senior year. But my dad was a postmaster in northeastern Pennsylvania and kept encouraging me to speak with a postal inspector. At that time there were around 600 postal inspectors in the U.S. There was so much crime, like mail theft and fraud, that the number of inspectors was set to expand to 4,000. The job sounded interesting, so I agreed to interview on campus that spring with the inspector from Philadelphia. If I didn’t like what I heard in the interview, I’d be an engineer. My main question for the guy was why hire a kid out of college instead of a police officer. He said that college graduates with a science or engineering background made better detectives; they were more logical, analytical, structured, and organized. Patrol officers, on the other hand, often had more ethical issues. His answer sounded reasonable, and the job sounded more exciting than Bethlehem Steel, and the pay was the same, so I accepted the offer and headed off to the academy for four months of training.

Where were you assigned after the academy?

Everyone had to fill out a form listing your top three desired first assignments. I selected Philadelphia, New York City, and Washington D.C. Everyone knew you typically did not get your requested cities. Being young and single, I wanted to go to a large metro area. I knew they wouldn’t send me to Philadelphia since I was hired through that office. I figured I was destined for New York. Apparently they had a greater need for new inspectors in Chicago, and no one asked for Chicago, so I got it. They kind of knew I didn’t really care. Worked out for me since I met my wife, got married, and our three sons were born in Illinois. I worked there from 1972 to 1985.

What did you do there?

For the first two years, I started on criminal assignments, investigating external crimes like mail theft and armed robbery. I then moved into mail fraud and prohibited mailings like drugs, child pornography, and bombs. I was trained in bomb investigations. The first four attacks by the Unabomber occurred in Chicago, so I was often called to the crime scene and asked to sort through the mess. My last year in Chicago had me promoted to work in program management, overseeing programs across the central region of the country.

What did your dad think of your work?

My dad was a World War II veteran who came back from the war and started a job at the post office. He always wanted to be an inspector, but you needed a bachelor’s degree, which he didn’t have. He had a different view of inspectors though, thinking they were more administrative than investigative. Early in my time in Chicago, I investigated seven or eight armed robberies of postal carriers; one was even shot. I remember telling my dad about my job. While he knew we carried firearms, he was stunned at what I was doing.

Where did you go after Chicago?

I was promoted to an administrative job in Washington, D.C., in 1985. In 1989, I earned a regional promotion overseeing criminal investigations in regions west of Denver. Then in 1991, I moved to the San Francisco office as assistant inspector in charge. In 1992, Janet Reno, attorney general, called a group of agents and inspectors, including me, back to Washington, D.C., for a meeting about the Unabomber. She formed a joint task force comprised of three agencies: the FBI in the lead, ATF [Bureau of Alcohol, Tobacco, Firearms, and Explosives], and postal inspectors. Those gathered would work on that case until he was apprehended.

What was happening with the Unabomber?

There had been a steady string of attacks. In 1987, a bomb left in a parking lot of a computer store injured a man in Salt Lake City. An eyewitness account led to the famous sketch of a man in sunglasses and a hooded sweatshirt. There then was a six-year gap before the Unabomber sent a letter to The New York Times explaining his views and resumed his attacks.

What was your role on the task force?

There were three squads. One focused on suspects, another on victims, and a third, mine, on reinvestigating every device used and reinterviewing people involved in each case. There were four attacks after the task force formed, two of which were fatal. The Unabomber was getting more deadly, so the case environment was tense. We had 15 postal inspectors involved, plus FBI and ATF agents.

What was the break in the case?

The manifesto. He sent it to The New York Times and wanted it published. If the Times refused, next on his list was The Washington Post, Scientific American, or Hustler. If no one published it, he vowed to kill. The Department of Justice didn’t want it published, saying they wouldn’t negotiate with a terrorist. The task force argued that publishing it was the best chance we had to catch him. It read like a dissertation. The premise was how technology was destroying society and how we should return to agricultural self-sufficiency. We believed that publishing it would generate more leads based on the writing style and arguments. A professor or person would recognize the work. Ultimately, Janet Reno supported the task force’s recommendation, and the manifesto ran as a supplement in The Washington Post in September of 1995 with printing costs paid by The New York Times. Six months later, we had him in custody.

His brother provided the tip that caught him?

He did. His brother recognized the writing. He had letters from Ted, and our profilers studied those letters and concluded it was the same person. So we built a case against Ted with surveillance on the ground.

Were you there at the raid?

I continued to supervise the postal inspectors involved with the investigation and went to the site after the arrest and initial entry. The bomb squad cut a hole in the cabin because we weren’t certain the door wasn’t rigged to explode. We did find a live bomb under his cot ready to be mailed. Items recovered in the search included the sweatshirt and glasses from the sketch in addition to books cited in his writing, the typewriter, mailing labels, and a diary, which recounted the bombs he mailed and his reaction to the news. He clearly was experimenting with explosive chemicals and different types of pipe.

How did your role shift at his arrest?

Task force members were prepared to continue through the trial, but he pled guilty. So I returned to work more quickly than expected. But I continued to supervise the Unabomber inspectors through the trial preparations and sentencing. Then I was promoted to inspector in charge in the San Francisco office where I oversaw 140 inspectors, 100 postal police, and a crime lab. Hawaii was also in my jurisdiction. I enjoyed all the different challenges we faced. I also got to train Chinese police, work on a narcotics case in Brussels, and catch child pornographers in Bern, Switzerland.

But all good things come to an end.

When I turned 50 years old, a friend from the FBI on the Unabomber case reached out to me and asked me to join him and work at VISA as head of security. At that time VISA was not yet a global publicly traded brand; instead it was made up of nine separate companies. The former head of the real estate division had been charged with embezzlement, and VISA wanted to restore integrity. Together we successfully investigated and prosecuted that person. My friend was then promoted, and I stepped into his job. In 2008 as VISA planned to file its public offering, I led a project on how to best centralize security and real estate across the company. Soon I was promoted to a global position managing real estate, facilities, and security and stayed through my retirement in 2019.

What role did Lafayette play in all of this?

It provided my basis for logical thinking, exploring new things, and being open to challenges. I had a diverse foundation of knowledge that was focused on facts. I was also lucky enough to host student externs for over a decade. I have been uniformly impressed by them—their creativity, intelligence, and energy. One student wrote a computer program in two days that the company still uses