Although his roots lie in rural Arkansas, Brett Hendrickson has always been drawn to the American Southwest. At 17, he gained entrance to an experimental high school in New Mexico where students from all over the world came together to study. While at this school, he first encountered Chimayó. 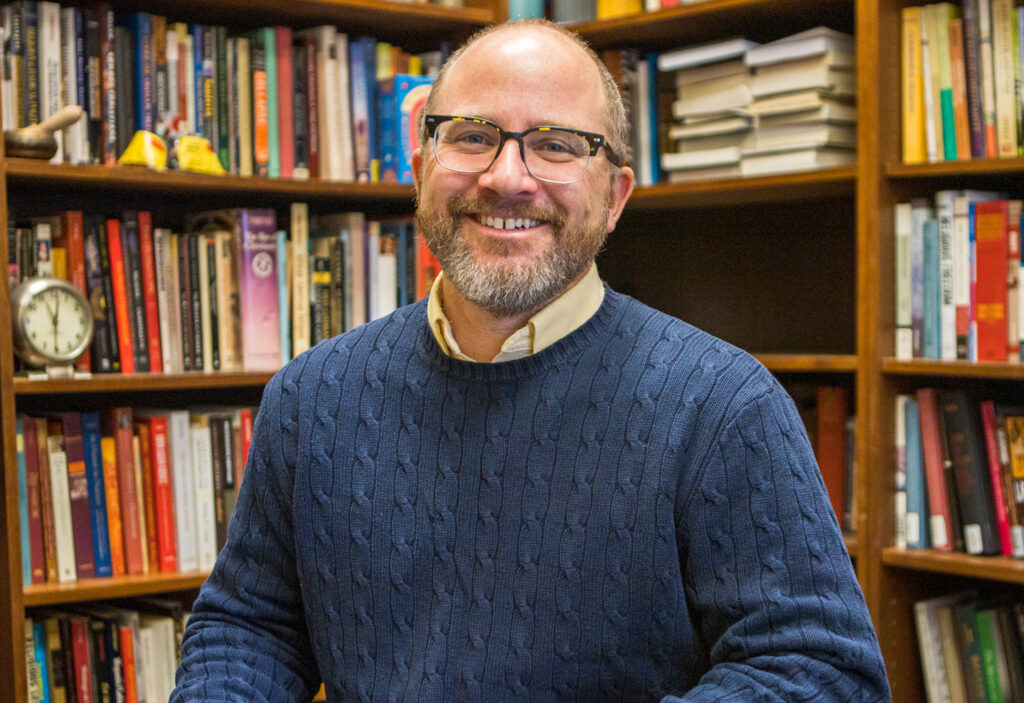 “That funky high school introduced me to the place,” he says. “I loved it since then.”

What is so captivating about the small town 24 miles north of Santa Fe is a Catholic sanctuary known for miracles. In his most recent book, The Healing Power of the Santuario de Chimayó: America’s Miraculous Church, Hendrickson, associate professor of religious studies and chair of the Latin American and Caribbean Studies Program, explores the history of what is called the most important Catholic pilgrimage site in the United States.

Nearly 300,000 people visit annually to be healed by the powers of tierra bendita, holy dirt found in el pocito, the little well in the church’s back room. 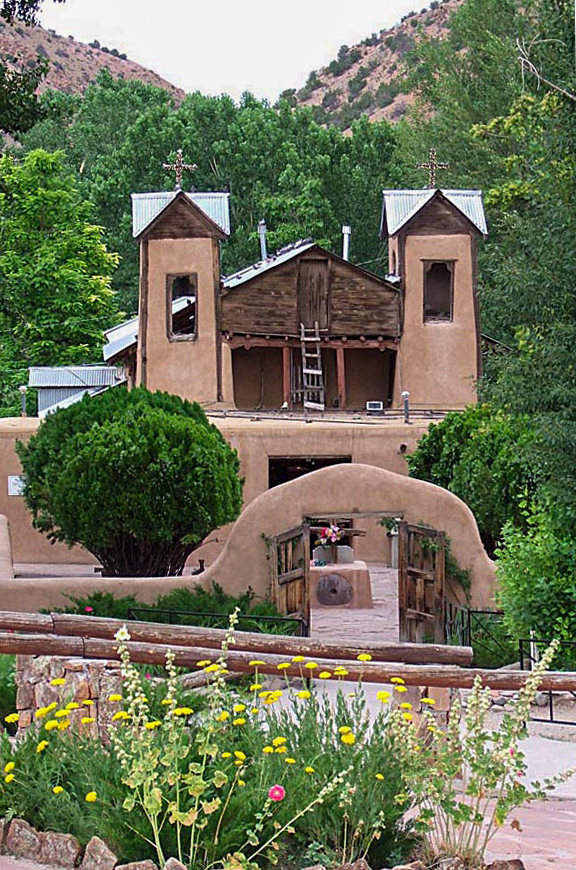 “The story is that a local man, Don Bernardo Abeyta, saw a light coming from his land and found a crucifix in the ground,” says Hendrickson. “He walked 8 miles to the nearest church and showed it to a priest, who put the crucifix on the altar. During the night, the crucifix disappeared, and Abeyta found it back in the same spot in Chimayó. He realized that the crucifix wanted to stay there, and so this is where the Santuario was built.”

The legend grew as a way to anchor the narrative to the Catholic church, even though healing earth at the site had been celebrated by the Pueblo people for generations.

During Holy Week every year, 30,000 pilgrims walk to the Santuario as a sign of devotion.

“They’ll walk 8, 10, 20 or more miles to the Santuario,” says Hendrickson. “It’s like a family reunion. There are even safety signs posted on the road: Don’t Run Over The Pilgrims!”

The confluence of Catholic and indigenous spirituality, known as curanderismo, is investigated in Hendrickson’s first book, Border Medicine: A Transcultural History of Mexican American Curanderismo. He describes how the Catholic effort to supplant indigenous Mexican practices resulted in a mash-up of cultural ideas.

“The Spanish wanted to do away with older Pueblo culture, but instead it became interwoven with Catholicism,” says Hendrickson.

The scholar’s interest in Pueblo and Catholic spirituality didn’t directly arise from his own upbringing. He was raised Presbyterian. Following undergraduate studies, he attended seminary in Texas where he met his wife, the Rev. Alex Hendrickson, Lafayette’s chaplain and director of religious and spiritual life. Both served as pastors in several churches throughout the U.S. and co-pastored a congregation in Kentucky. The couple has three children, Tom, 16, Elizabeth, 15, and David, 12. They enjoy Lafayette sports, especially women’s basketball, and traveling together whenever possible.

In 2004, Brett Hendrickson was called to preach in a bilingual church in Arizona while doing research for his Ph.D. He noticed how the Hispanic and Latino populations close to the border were touched by the inhospitable political climate involving immigration.

“New Mexico is an interesting place,” says Hendrickson. “Half of the population is Hispanic, and many families have lived in the U.S. for six or seven generations. They rightfully feel offended when it’s suggested that they don’t belong here.”

Chimayó is somewhat of a refuge because of support from the Vatican and its statement on protecting immigrants fleeing from unstable countries.

“They want Chimayó to become an international pilgrimage destination, like Lourdes,” says Hendrickson. They want immigrants to come.”

Though he never witnessed a miracle in Chimayó himself, Hendrickson has spoken to pilgrims who have. The room holding the sacred earth is filled with crutches and knee braces discarded after healing, and thousands of photographs of those who could not make the journey are left behind by family members hoping for intervention from God.

“People collect the dirt and take it home with them,” says Hendrickson. “I’ve seen people who were greatly stressed, full of anxiety and worry, rub dirt on their heads to cure the bad memories. They come away feeling changed.”