By Photography by Clay Wegrzynowicz | Photo Illustrations by Dale Mack

For example, the College is seventh in the nation for NCAA graduation success rate at 98%. In the latest accounting spanning fall 2011 to 2014, scholarship athletes top the retention rate of non-athlete Lafayette students at 94.6%. Just 2% of Class of 2018 student-athlete alumni are still seeking employment. In addition, student-athletes have claimed four of the past seven Pepper Prizes.

This is now being complemented by success on the playing field as Lafayette implements Creating a Championship Culture, the five-year strategic plan outlined by Sherryta Freeman, director of athletics. Lafayette improved from a 10th-place finish in the Patriot League Presidents’ Cup standings in fall 2018 to a fourth-place finish in fall 2019. The following pages highlight accomplishments by the fall teams. 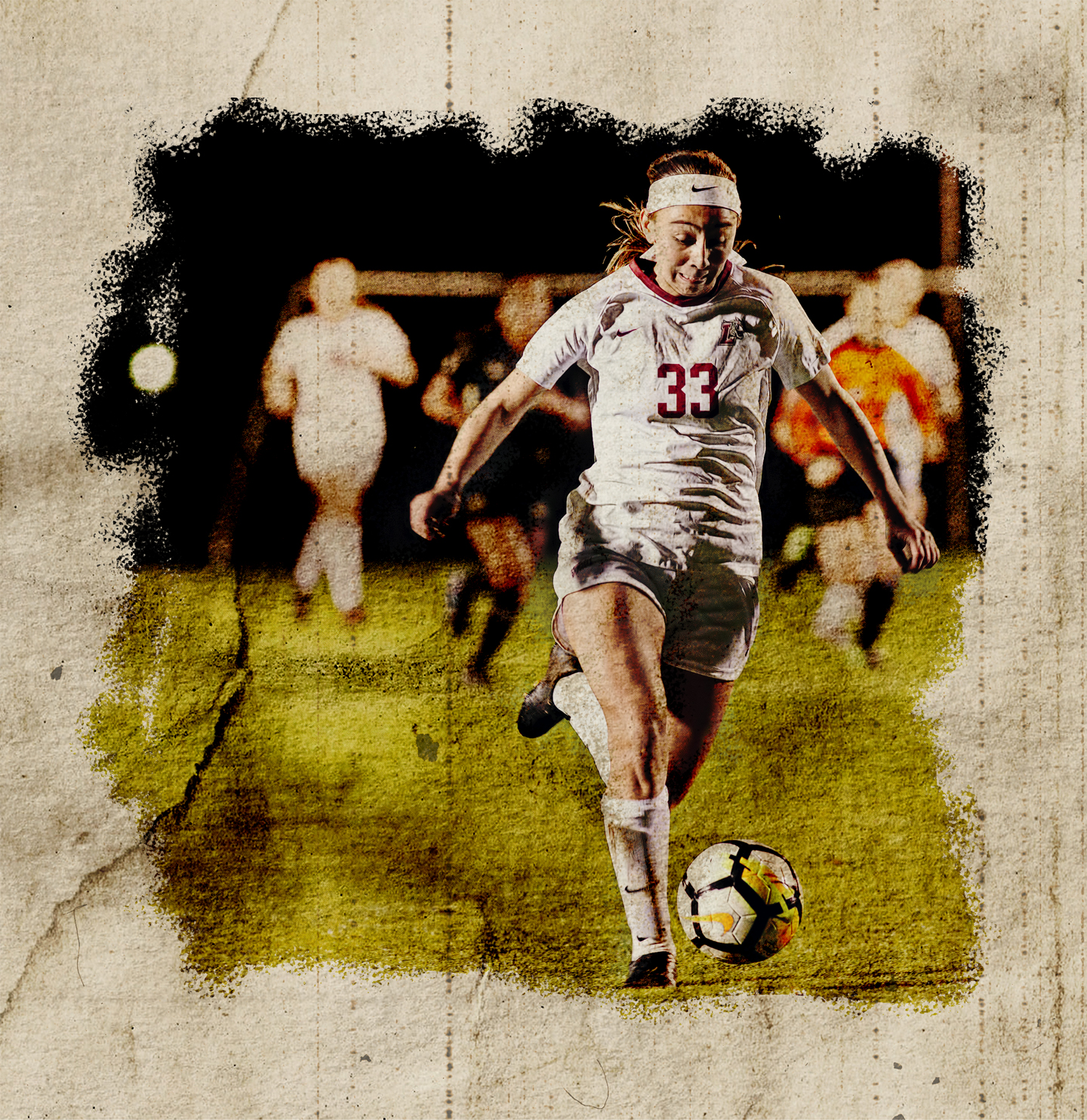 Women’s soccer advanced to the league quarterfinals after missing the postseason in 2018. Krista Kissell ’21 was Patriot League Offensive Player of the Year. 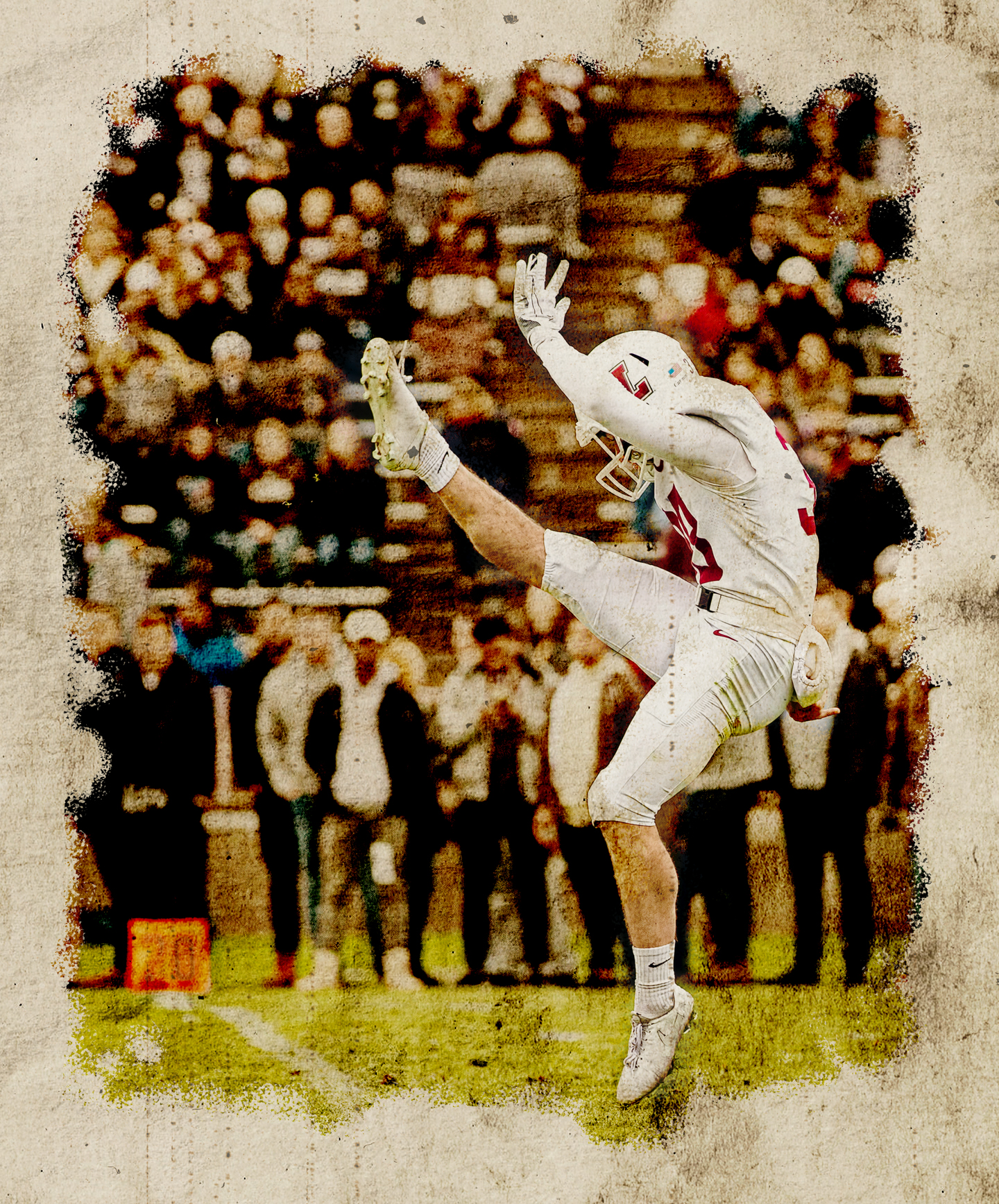 The football team finished second in the Patriot League compared to fourth in 2018 and beat Lehigh. The league honored Malik Hamm ’22 as Defensive Player of the Year and Keegan Shoemaker ’23 as Rookie of the Year. 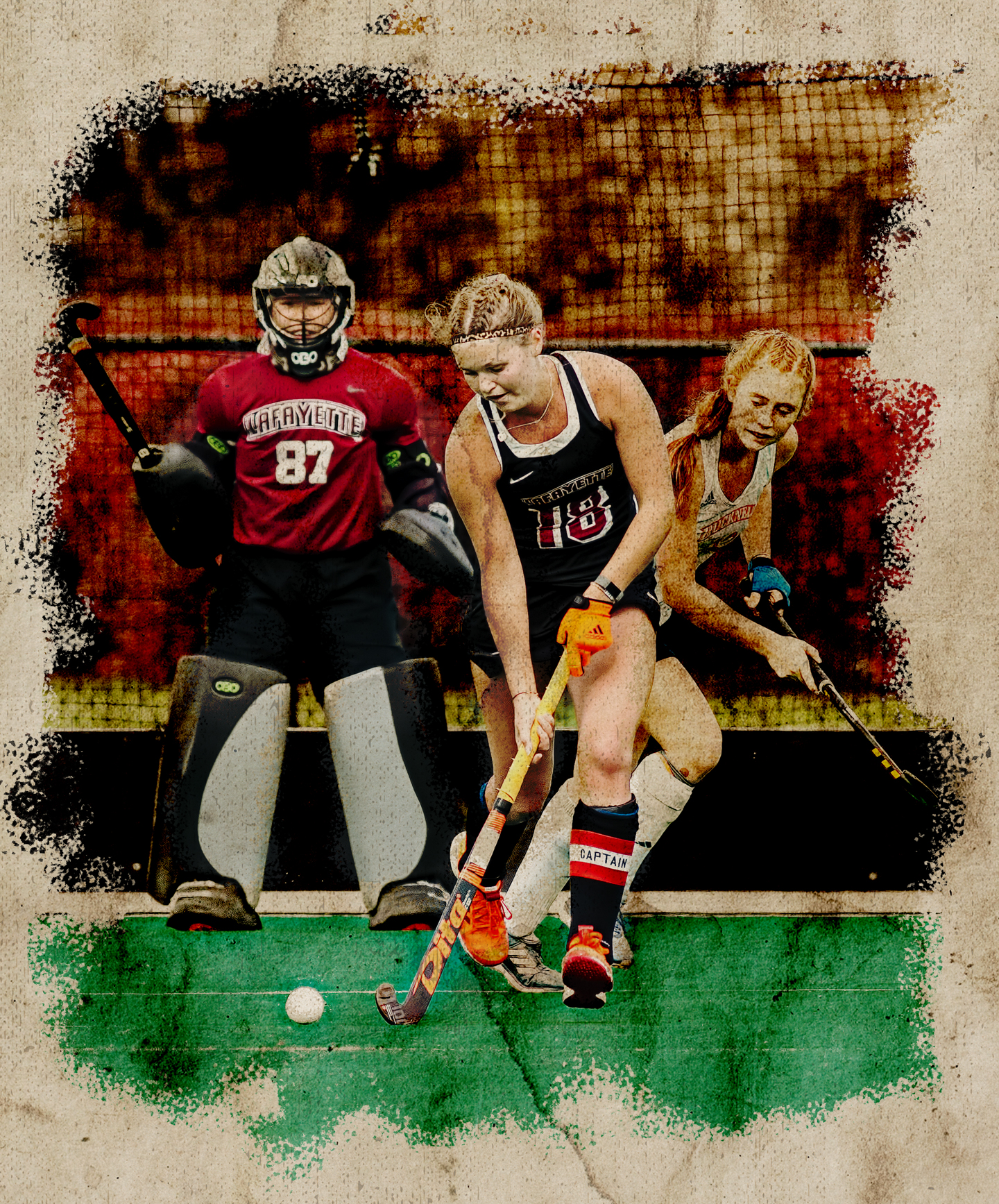 The field hockey team advanced to the Patriot League championship game and had a 5-1 regular season league record. By comparison, the team was eliminated in the league semifinals and had a 4-2 league mark in 2018. Lisa van der Geest ’20 was named Defensive Player of the Year (and Scholar-Athlete of the Year), while Jennifer Stone ’04 was Coach of the Year. 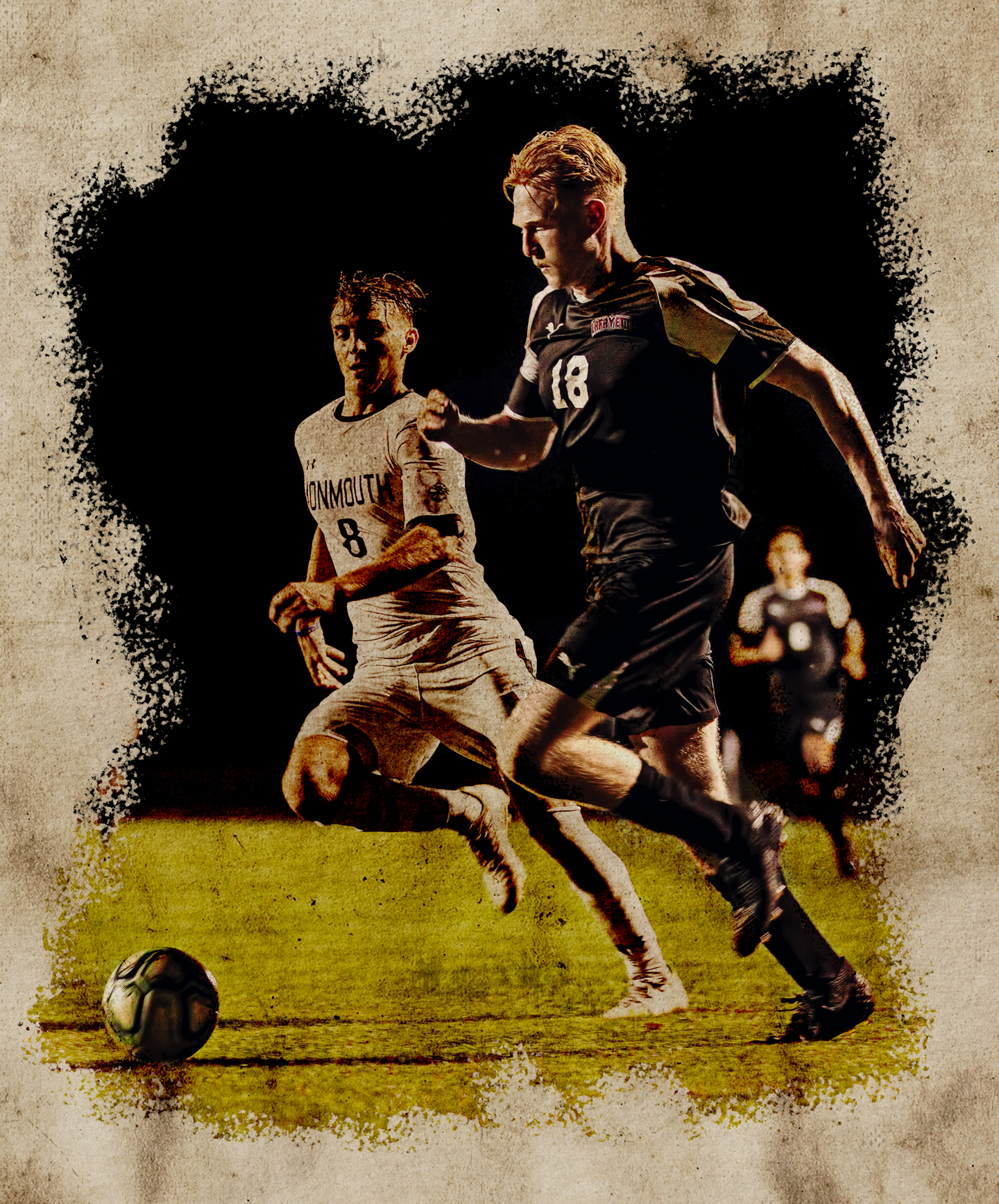 The men’s soccer team advanced to the Patriot League championship game after missing the postseason in 2018. 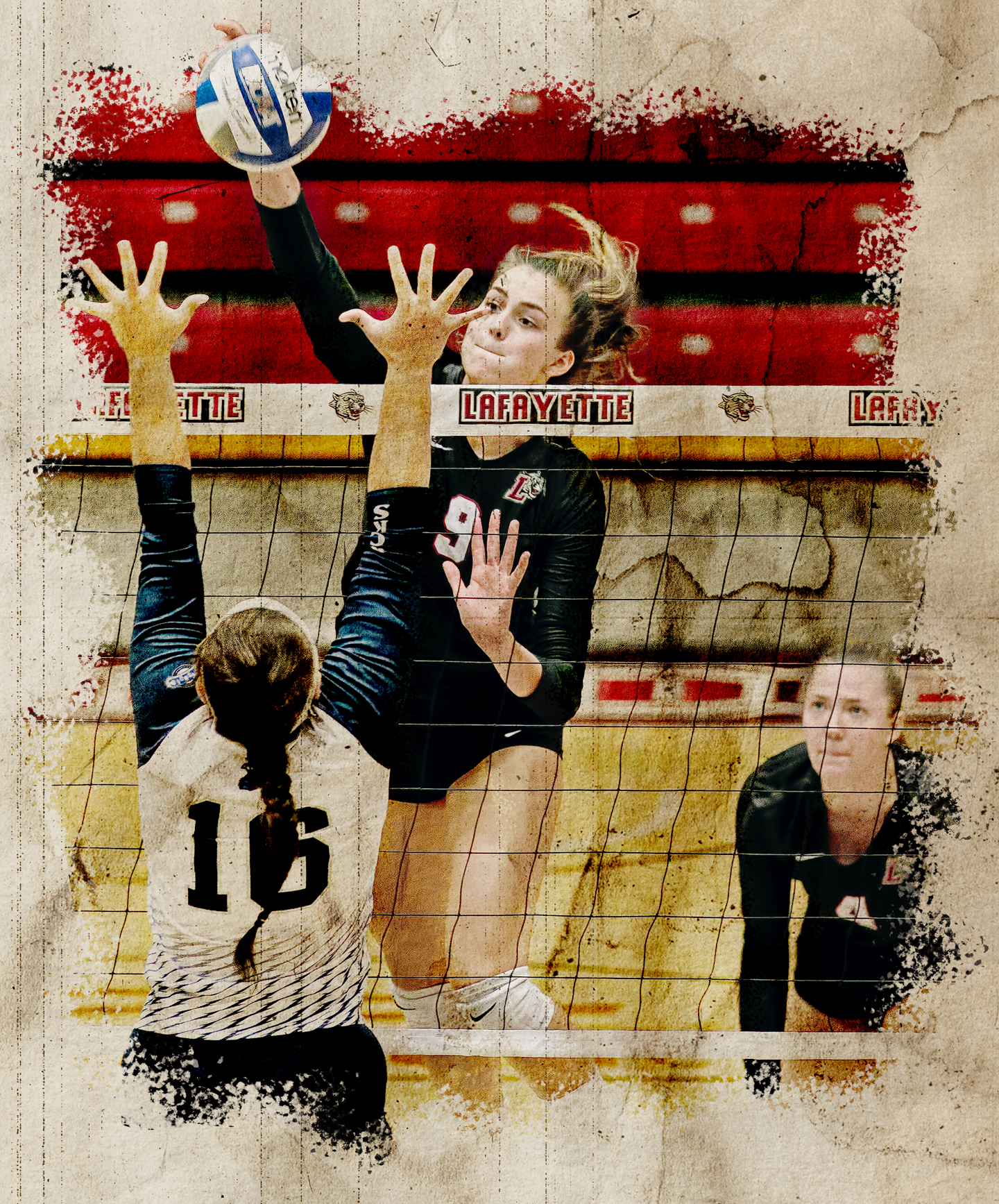 The volleyball team went from 5-23 in 2018 to 13-19 last fall, including a 10-game win streak. The team won two league games and was competitive in others after failing to win any league contests in 2018. 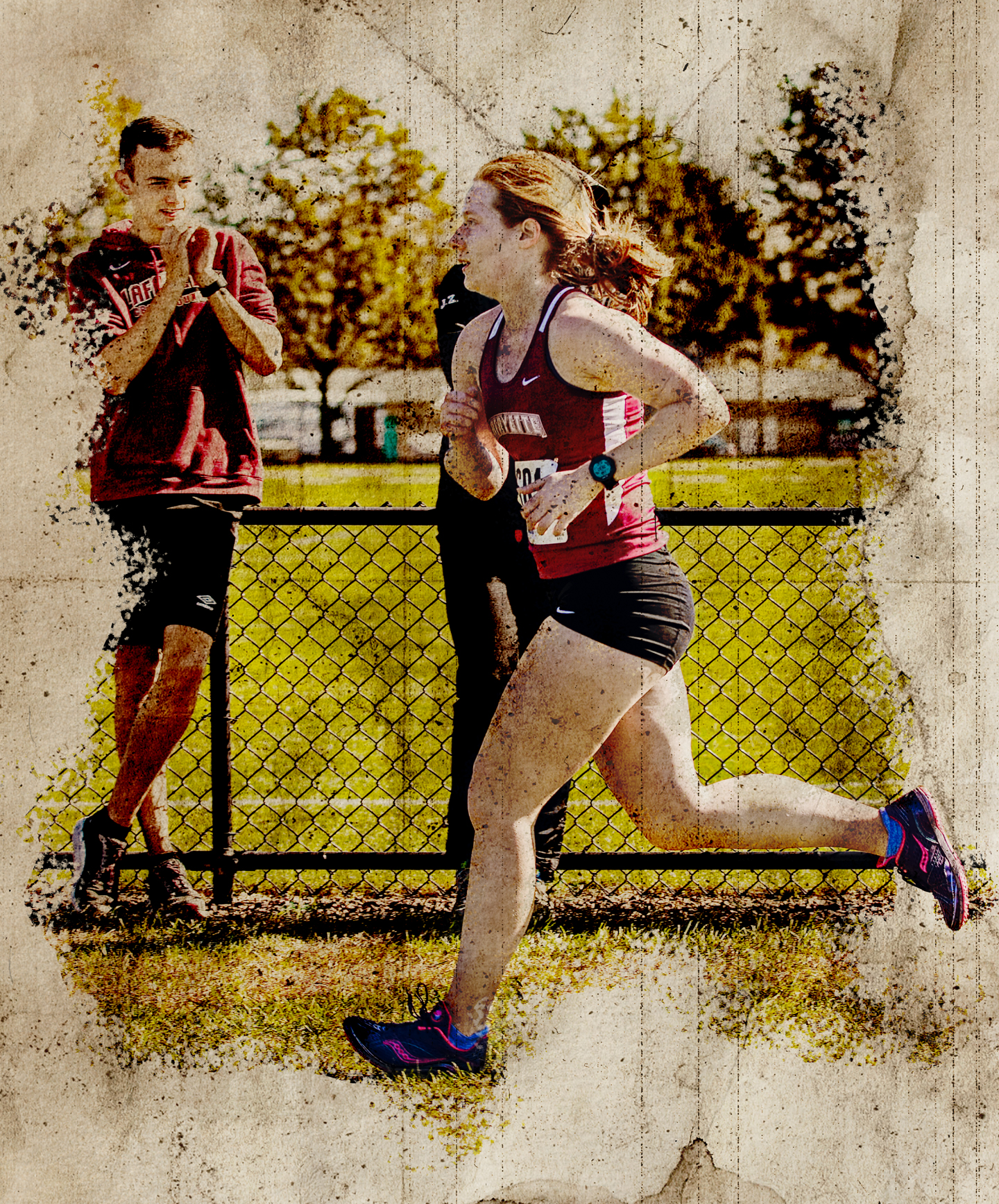 Men’s and women’s cross country each finished sixth in the Patriot League, improving on seventh- and eighth-place finishes, respectively, in 2018, and earning their highest regional championship finish since 2005.