Understanding environmental problems aren’t new—but that small steps are leading us to hope for the future—is important, says Katalin Fabian, professor of government and law

Climate change. Global warming. Renewable energy. Textile waste. Material recovery and reuse. While it may be commonplace to believe that environmental issues dominating international headlines began in the 20th century, human activities have contributed to negative impacts on the Earth’s diverse ecosystems for thousands of years. 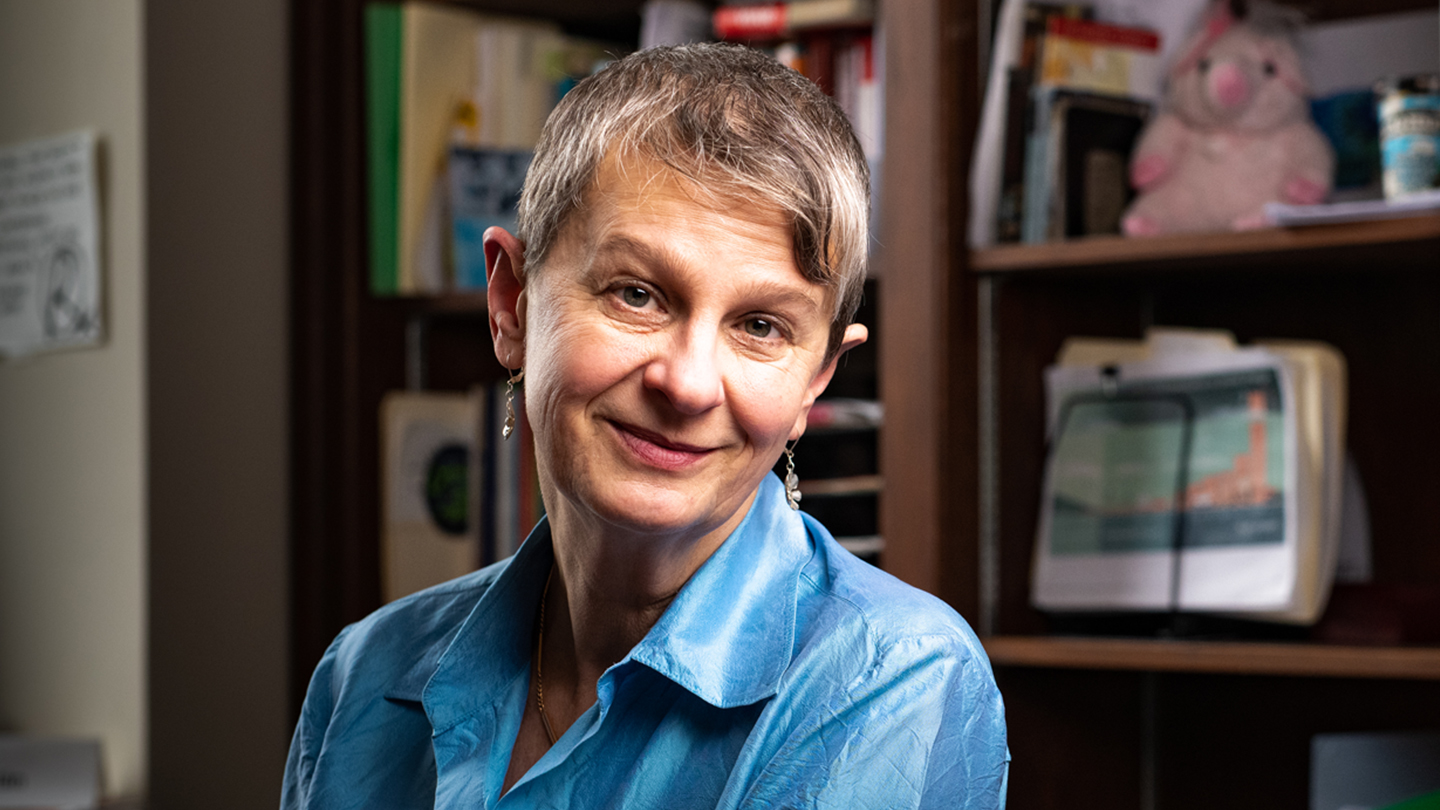 As the world continues to face new environmental problems while still juggling existing ones, the interconnectedness of these vast and complicated issues is not always easy for communities to recognize and comprehend. While this may, in part, be because scientists and policymakers are motivated by conflicting factors to advance their agendas, it is also likely that misunderstandings arise from the changing availability and technical abilities to collect and analyze data, as well as the spread of misinformation via the media and social media.

With this insight bringing about profound changes in the goals, priorities, and processes of both science and governments, we must ask ourselves: How have the main environmental problems emerged, and how can we effectively confront these challenges on individual, institutional, local, and global levels?

We posed these questions to Katalin Fabian, professor of government and law, whose courses include Global Environmental Policies, an international relations course that asks students to consider how individuals as well as economic and political institutions bear responsibility for past and present environmental impacts. Fabian also has long been active in Lafayette’s sustainability initiatives.

She says that while the issues involved are not new, the scale of problems—and fears associated with them—are. There is a need to acknowledge upfront that the intensification of environmental problems can be debilitating, which Fabian says she discusses with her students before they begin their assigned readings.

“One of our books looks back starting with the Colonial Period, recognizing that destruction happened earlier than industrialization,” Fabian says. “Every civilization has left garbage behind. Native Americans decimated the buffalo herds and left mountains made of oyster shells. Today, the scale has changed, and one really feels that you can’t do much against many hundreds of years of destruction.”

Although the quest to rectify issues such as climate change that are so deeply rooted in environmental history may seem hopeless, Fabian explains that many efforts are in process to address these modern-day problems. Using gene-editing technology that will only grow more sophisticated as time passes, scientists currently are hard at work recreating flora and fauna that have fallen to extinction or near-extinction. There are also so-called “urban environments” and ecosystem developments designed for the protected regrowth of specific plants. National and international nongovernmental organizations—including the U.N. Climate Change Conference (COPS), Greenpeace, World Wildlife Fund, Environmental Defense Fund, Oceanic Global, and Climate Justice Alliance, to name a few—are collaboratively working toward solving the climate crisis.

For every small step of forward progress being made by researchers, however, there are countless hindrances that set us back. The more people across the world continue to enjoy modern conveniences such as transportation, electricity, and fast fashion (inexpensive, mass-produced clothing), the more difficult it is for noticeable and sustainable long-term changes to take place.

You’re talking about billions of people with different cultural habits and class structures. The turn is happening, but it’s not magic.

One of the most obvious manifestations of the impact of human activity on the environment, Fabian says, occurred during the first two years of the COVID-19 pandemic, when air quality greatly improved and pollution was drastically reduced as global shutdowns restricted social and economic activities, as well as movement. It gave us a glimpse of what powerful environmental improvements may be possible for the future, and insight as to what steps we can take to make them happen.

With every country in the world having a part in trying to solve global environmental issues, it is to be expected that not every nation or representative is going to agree on a plan of attack or what to prioritize, as many different approaches can be taken. Some countries, for example, India and China, prefer to gradually “phase down” use of resources like coal instead of completely phasing it out. Others prefer to take a “time slice” approach and focus on, say, who the biggest contributors are to greenhouse gas emissions at this moment in time. Still others may choose not to acknowledge issues until they are at their own doorstep.

“There is immense poverty, lack of education, lack of clean water and access to electricity,” Fabian says. “The privileged may tolerate these compound problems if they are in someone else’s backyard, and not react until they can say, ‘Oh, it’s in my backyard.’ ”

Fabian points out that the “it’s not happening in my backyard” syndrome is often a problem. News and social media have allowed all of us, at one time or another, to be exposed to the myriad ways—sometimes minor, other times deadly—that climate change can affect our neighborhoods and homes. Now, more of the population, including young people, have begun taking steps to address their own contributions (or lack thereof) to environmental issues.

These changes can begin with power in numbers and, as Fabian says, “making effective choices and changes to the extent that we can create a positive feedback loop.”

Take, for example, Lafayette College’s own gradual movement in sustainability initiatives. The College, which has pledged to reach carbon neutrality by 2035 and lists sustainability as one of its three core institutional values, has made many eco-conscious decisions—including faculty designing the Green Move Out program in 2000, LaFarm being established in 2009, signing the Climate Action Plan in 2011, creation of the Office of Sustainability in 2016, and installation of solar panels on the roof of Kirby Athletic Center in 2021.

That progress has been made possible by members of the College community beginning a grassroots movement.

“I’ve worked with L.E.A.P. [Lafayette Environmental Awareness and Protection] for 18 years, and those were the students that the College listened to, and ultimately why they hired a sustainability coordinator. They marched across campus and demanded that change,” Fabian recalls. “There’s recycling. There’s food composting. We have been ranked as a green school. There are so many important and pressing ideas that need champions bringing them to fruition and making them part of everyday practices. Environmentalism is attractive for the new generation. I support those students because they are the ones who can make a change here.”

The message of there is more to be done is one that Fabian wants to resonate and proliferate—not only because there are easy steps everyone can take to reduce their own environmental impact, but because educating ourselves today can prompt future Lafayette students and community members to keep the ball rolling.