J. Larry Stockton, professor of music and head of the Music Department, joined the Lafayette faculty in 1977. His musical background prior to arriving at Lafayette included three years performing with U.S. Army bands in Atlanta and Tokyo, serving as instructor of percussion studies at Western Carolina University and University of Delaware, and numerous freelance performances. His 45-year career at Lafayette has included directing several musical ensembles (Marching Band, Concert Band, Jazz Ensemble, Pep Band, and Percussion Ensemble), teaching a wide variety of courses in both western and non-western musical traditions, and serving as head of the Lafayette Music Department for 30 consecutive years. As a strong advocate of the role of music in a liberal arts education, he found Lafayette to be a challenging and richly rewarding career environment. 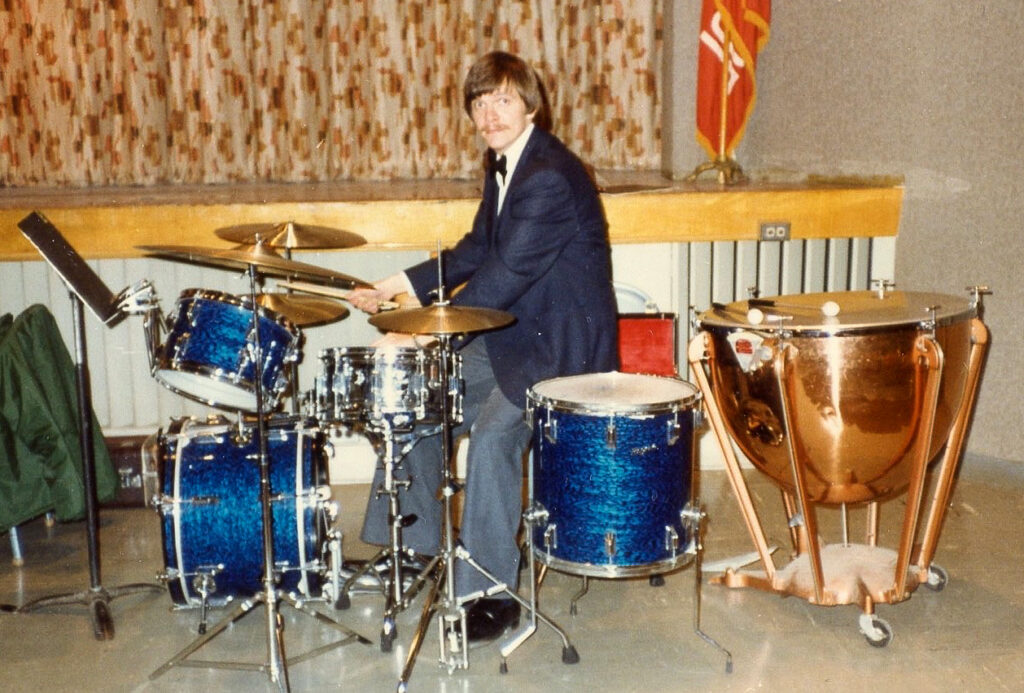 Stockton 1977: This is my earliest Lafayette-era photo, playing for a musical in the Poconos

After earning a doctorate at Temple University, Stockton continued musical studies at University of Michigan under the guidance of renowned ethnomusicologist William Malm, followed by performance studies in the Japanese Kabuki Theater tradition with Denji Tanaka and Semba Kokun. This was the start of a lifelong engagement with Japanese music and culture, soon expanded to include musical studies in Ghana, Korea, and Indonesia. These undertakings resulted in the growth and development of courses in World Music Traditions (Music 103) and area studies in Japanese and West African music, offerings that became staples in the Music Department, with large enrollments each semester.

As a lifelong student and a performer of jazz, Stockton, along with his colleague and friend Prof. William Melin, developed an interim session course called the New York Jazz Experience, an offering that became somewhat legendary among Lafayette students over its 20-year run. The course was featured in a New York Times article on Jan. 20, 1997. In addition to these and other courses taught at Lafayette, Stockton taught his World Music Traditions course at Moravian University in numerous spring semesters, and accepted several LVAIC teaching assignments at Lehigh University and Muhlenberg College.

Stockton also has been active as a scholar and clinician, with numerous articles and conference presentations, and as a performer, most notably as a featured soloist with the Philadelphia-based Pennsy Pops Orchestra. In 1992, he collaborated with the Japanese recording company Toshiba-EMI to produce a series of concert band recordings included in the Masterpiece Series collection. 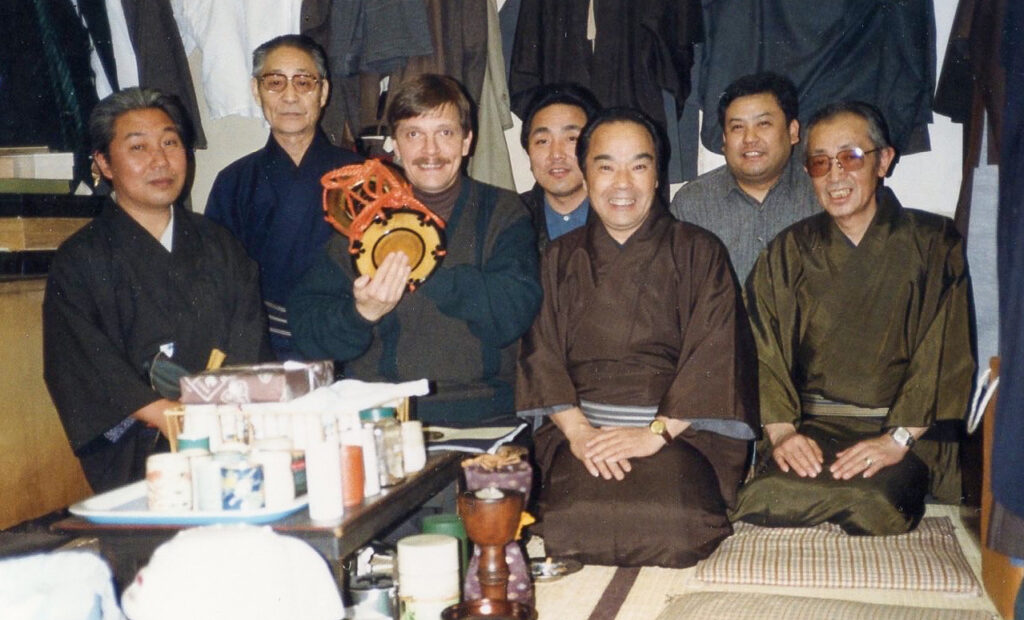 Since 2008, the Lafayette Percussion Ensemble has been Stockton’s major contribution to performance at Lafayette. He was honored by current students and returning alumni members in November, performing to a sold-out audience. “The evolution of the Percussion Ensemble has been a very special final act in my Lafayette career—one that I would not trade for anything,” Stockton says. “I have been very fortunate to work with so many wonderful students and colleagues. To be able to share my diverse interests and love for music with so many students is truly a dream come true. My career has come full circle from the predictions I made as a 10-year-old, telling a teacher that I someday want to teach music and become a drummer.”

“Doc is truly one of a kind. He has this immediate, enthusiastic ability to turn his students of all levels into music lovers, all while teaching some of the most important life lessons along the way. Throughout my years at Lafayette, he instilled in me a sense of confidence, a desire to try new things, and an urge to take risks. He’s been the greatest role model I could ever imagine, and I can only hope to live a life half as extraordinary as his!” —Sophia Rinaldi ’19

“Dr. Stockton is an outstanding teacher in every way. As a student, I thoroughly enjoyed participating in musical ensembles under his direction, and I also took several courses with him. By far his most popular and most influential course was Music in Non-Western Cultures. It was not just about the music; for many students, this was the first time we got outside our western-centric point of view and experienced art forms of other cultures. I have fond memories of singing along with those Ravi Shankar cassette tapes (it was the ’80s!) as we learned about Indian music. But what I recall most about my days at Lafayette was Dr. Stockton always being available and accessible to his students. His office door was usually open; I frequently took up residence in a chair there when I needed a break from practicing or wanted to vent about something or other, and he would dispense some sage advice or a joke, as the situation warranted. Dr. Stockton had a strong influence on my career direction; I had never thought about arts management until he helped me get involved at the Williams Center and on the committee for the cultural program, and later in an internship in arts management. I then worked at a performing arts center for several years after graduating from Lafayette while I earned my teacher certification in music education, and later taught music for a while. I then shifted into other areas of education, but still work as a musician as well. I am truly grateful for the impact Dr. Stockton had on my education and life, and I wish him the very best in retirement!”  —Cara Shaw ’85

“So, the task is, in a few words, to describe the vastness of the impact that ‘J. Larry,’ as we most affectionately and most respectfully referred to the good doctor in the early ’80s, had on me and the group of musicians that passed through in my time, 1980 to 1984. There was his shepherding the great Jazz Ensemble, which was far more an eclectic exploration of interesting forms that challenged our skills and broadened our musical sensibilities. We did play the ‘greatest hits’ too.

“There was his unending support of our extracurricular jazz and rock combinations that played around campus. There was his classroom curriculum, which emphasized exploration of non-western music and its distinguishing characteristics as well as its link to our culture. Like, what is a lute, and why does it matter to me? Who is Ravi Shankar, and how was he great and how was he the earthquake that shook American popular music? There was the study of western musical development and the symphonic form from Haydn, to Mozart, to Copland, to Bernstein.

“The key to this mentor is that the substance of what we learned and guidance of the musical groups was delivered by Doc with intention, kindness, consistency, and humanity that sparked lifelong friendships, connections, and passion for musical and non-musical curiosity that fuels us in whatever we do. And, not least of all, the man had—and has—a dynamite, dry-as-the-Sahara sense of humor. The pearls were there if one was smart enough to listen closely.

“To the good doctor: Continue to live well, dear deserving man. Enjoy all that you have meant to all of us on the condition that you continue to share. Maybe I’m very wrong, but I can’t see you with a golf club.  But know that now, maybe more than ever, the world needs you and more of those whom you have taught well.”  —Jay Katz ’84