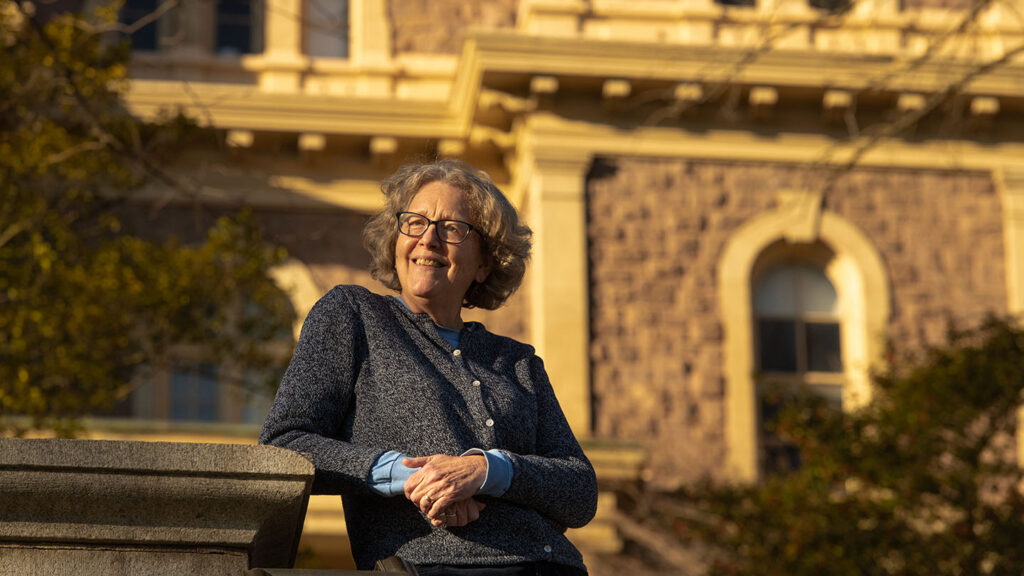 Liz McMahon joined the Department of Mathematics in 1986, along with her husband, Gary Gordon, and immediately began looking for ways to interact with, and ultimately have an impact on, students. Known for bringing a “toy of the day” to every class, McMahon has spent her entire career interested in exploring ways to encourage everyone to enjoy math.

“I started bringing a toy on occasion, and the response was so good that I kept buying more, and bringing more. I now have so many that I don’t have enough days in a semester to bring every one,” McMahon laughs. “I can’t pick a favorite one.”

Among her favorites, however, are the Lollipopter, HypnoGizmo, hyperbolic planes she has crocheted, platonic and Archimedean solids, “anything to do with the game of SET, 4-dimensional and 5-dimensional cubes, and a voodoo doll or peace and tranquility that has been blessed by a New Orleans practitioner.”

The doll, McMahon says, sometimes comes to class during exams, just to give everyone a boost.

This all leads back to the relationships she has built with students over the years—which have been nurtured not just by teaching in the classroom, but by the many other endeavors McMahon has pursued over the years. She has acted as a faculty adviser for Hillel, a mentor for Posse Scholars, and taught in Madagascar as part of the Lafayette Initiative for Malagasy Education (LIME) program. All of these experiences, she says, are ones she revisits often.

“So many students have meant so much to me. And I’m talking about math majors, calculus students, Math 104 students, WGSS students, Hillel students, Posse Scholars, LIME students (both mentors and Malagasy students), and other students I’ve met through random things here at the College,” says McMahon. “I love that Lafayette is small enough that you can really get to know people, yet large enough that we can offer an amazing array of courses and an amazing array of opportunities for students.” 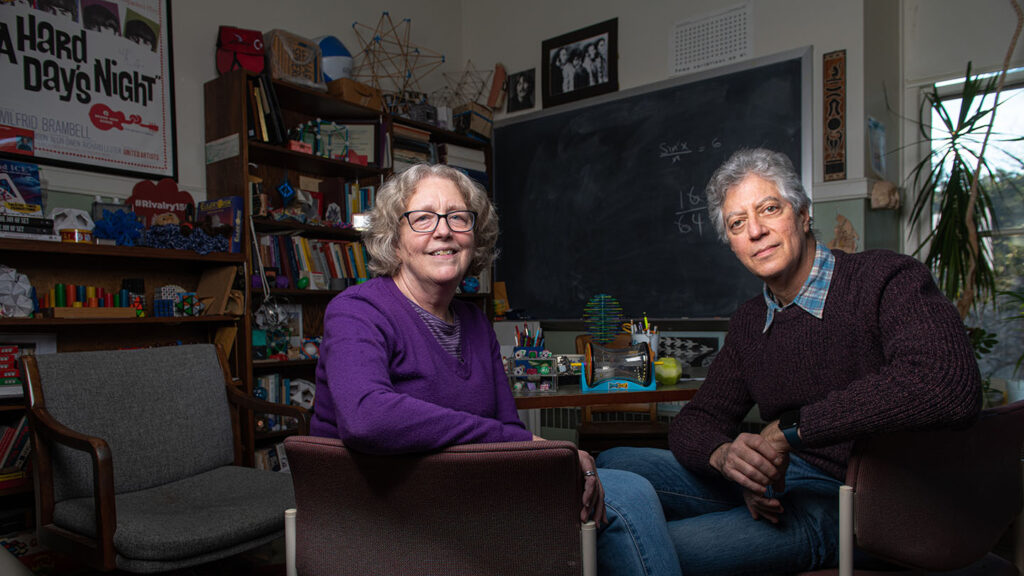 Working with Posse and LIME students in particular, fundamentally changed the way McMahon thought about her students. It became much clearer to her, she says, how much students’ personal lives can impact their academic lives, and that she needed to understand the whole student to help them be able to do the mathematics they are trying to learn.

“The LIME students really taught me about how hard people would be willing to work and how much time they would invest in their education in order to achieve the goal of coming to the U.S. (and Lafayette, specifically) to study. Many of the students had so little money, walked very long distances to get to school, and had minimal resources—and yet, they were eager to learn and to practice their English. It made several of the Lafayette LIME students realize how valuable the education they were getting at Lafayette was to students elsewhere.”

Among McMahon’s many other career highlights, she counts her work with the REU summer research program as helping her own research to evolve over the years. In a bid to help others understand that she was a woman happily working in mathematics, she also team-taught a course on gender and science, which helped students understand their own paths into STEM.

“For me, personally (I can’t speak for other mathematicians), research has become much more … fun (to use a kind of strange word for research). My research has become more like experimentation to see what’s true and what might be able to be proven,” she says. “I think that communication of math has become more accessible. I used to think about reading a single page of a research article, and it would take more than a day to just understand what the authors were talking about. Now, I like to think that mathematicians are more focused on making their work more accessible to readers. There’s more motivation, more explanation, and more examples to help the reader see what the authors are trying to do.”

As I am sure you know, Gary and Liz each have an amazing record of teaching, research, and engagement. They also have an amazing record as a team, having periodically co-authored work, and been excellent role models for anyone seeking to balance home life, a dedication to students in and out of the classroom, and all the responsibilities of being a mathematics professor.

I have always admired Liz’s ability to mentor student research projects that are accessible to talented students and make meaningful contributions to the literature. Her creative mind has also been responsible for decades of contributions toward building a more inclusive curriculum.  She has been a profoundly important model of how to be a teacher-scholar.

It is impossible to document all the contributions Liz and Gary have made to the Mathematics Department and the College. They are exceptional teachers—inspiring and highly motivational. They are strongly supportive of their students and are able to connect with students both professionally and personally. There is genuine affection that works in both directions with their students.

Among the many experiences they have given to students are their work as Posse mentors, supervisors of REU projects, honors thesis supervisors, independent study instructors, EXCEL research supervisors, etc. They also have served as principal investigators of the NSF-REU program run by the Mathematics Department.

Liz was one of the faculty who established the Math Club for students and Pi Mu Epsilon, the national honor society for undergraduate mathematics students. Liz and Gary have been active Hillel advisers since the time they arrived at Lafayette College and frequently volunteer for other activities that support our students.

Both Liz and Gary are active scholars and continue to be active in the mathematics community outside the College with journal publications and as frequently invited presenters of their mathematical research at schools and conferences. Their family-written book on the mathematically inspired game SET, The Joy of SET, and their presentations based on the book have been enthusiastically received by students and faculty, including at the National Museum of Mathematics in New York City.

These contributions do not do justice to all that Liz and Gary have brought to the department and College. The department and the College will miss the positive energy they bring to all aspects of the College community. On a personal note, Liz and Gary and my wife, Alexis, and I arrived on campus at the same time, and became instant friends with many shared interests. They have been wonderful friends, constantly supportive of us both professionally and personally. They are wonderful people and have been excellent citizens of the College community who will be sorely missed.