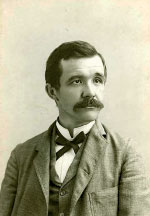 Karen A. Pompanella ’88 EGRS is the manager of the United States Postal Service’s transportation portfolio. She manages a $6 billion budget and purchases air and surface transportation and fuel.

A research team led by Michael Senra and Lindsay Soh, assistant professors of chemical and biomolecular engineering, is studying the cold flow properties of biofuels by examining how
a fuel’s composition influences its behavior at colder temperatures and incorporating natural additives to lower the fuel’s melting point. Stephanie McCartney ’17 CE and Rebecca Miller ’16 CE and Rachel Elias ’17 ChE are working on the project through the EXCEL Scholars undergraduate research program. Elias is also the recipient of a $50,000 Greater Research Opportunities Fellowship from the U.S. Environmental Protection Agency.

A computer-aided manufacturing programmer, Aubrey Kelley-Cogdell ’10 ME was named to the 2013 “30 Under 30” list by Manufacturing Engineering Media, which spotlights future leaders in manufacturing. 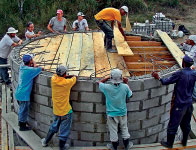 Lafayette’s chapter of Engineers Without Borders (EWB) was one of three in the nation to be named a 2013 Premier Project by EWB-USA, the organization’s highest honor, for a Honduras water project.

Julie Fleener Hamrick ’81 MetE is co-founder and chief analyst of Ignite Sales Inc. in Dallas, where she pioneered patented analytical methods that are changing the ways retail banks interact with their customers. Hamrick received the inaugural 2014 North Texas Women in Technology Award from the Dallas Business Journal and TeXchange DFW.

David Farese ’88 ME has been at the heart of the hydrogen-powered car movement with his work for Air Products’ Hydrogen Energy Systems group, which designs, builds, and installs hydrogen fueling stations around the world.

Eugene C. Bingham, a professor and department head of chemistry, created the term rheology in 1920 to define the study of how fluids move when subjected to a force. The study is applicable in such wide-ranging fields as foods, medicine, fuels, advanced materials, and geophysics. Today, the Society of Rheology gives the Bingham Award annually for outstanding contributions to the field of rheology.

In 2013, Lafayette secured a $205,020 grant from the National Science Foundation for a state-of-the-art desktop scanning electron microscope to be used in both chemical and biomolecular engineering and geology and environmental geosciences. 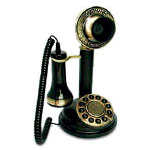 Kimberly Corbett ’01 ME and theater minor, who holds an MFA from Yale University’s School of Drama, combines her background and skills as technician, musician, and dancer in her role as theater consultant for Schuler Shook, an internationally recognized theater planning and lighting design firm with locations in Dallas, Chicago, Minneapolis, and Melbourne, Australia.

Sullivan Park in Easton was named Pennsylvania’s 2014 Green Park of the Year thanks in part to Lafayette civil engineering students who installed a wetlands habitat there by first mitigating a serious water runoff problem and then planting native vegetation.

Michael A. Paolino, director of Lafayette’s engineering division from 1986 to 2000, played a significant role in the development of hypervelocity rocket technology at the Army’s Aviation and Missile Command.

Director of ECE Laboratories Chris Nadovich was once a competitive bicycle racer. In 1994, he united his skills as an engineer with his love for bicycle racing when he designed the velodrome for the 1996 Olympic Games in Atlanta. To date, he has been the designer of over a dozen velodromes worldwide.

Scott Hummel, professor of mechanical engineering and William Jeffers Director of the Engineering Division, holds U.S. Patent No. 5,188,189 for an adjustable universal driver useful in driving screws, drilling holes, or the like. He also holds a patent for a non-jarring torque wrench with removable output shaft.

In 2014, Tyler Fruneaux ’14 ChE won first place in the research paper competition at the Mid-Atlantic Regional Conference of the American Institute of Chemical Engineers (AIChE) for his honors thesis research involving a special kind of plastic that can be used to grow new cells without damaging them. Such technology could improve treatments for burn victims and others in need of skin grafts or tissue transplants.

The American Public Works Association named Jason Snyder ’94 CE Professional Manager of the Year for 2012 in engineering and technology. Senior project manager in transportation for RETTEW, he led a significant roadway reconstruction effort in Marcellus Shale of more than 500 miles through New York, Ohio, Pennsylvania, and West Virginia.

In 2014, David Veshosky, associate professor of civil and environmental engineering, and Mary Wilford-Hunt, director of facilities planning and construction, led student teams in Roatan Island, Honduras, to explore the feasibility of waste-to-energy power plants as an alternative to imported diesel fuel, geothermal energy, and vernacular architecture. As a result of the architectural study, students published the book Vernacular Architecture of Roatan, sold to raise funds for schools on the island. 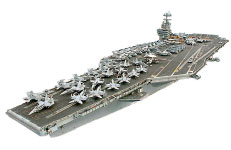