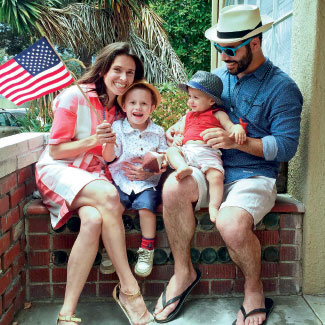 I was on a 15-day business trip through eight cities in April when I was forced to dump nearly four gallons of breast milk, most of it frozen, while going through security at London’s Heathrow Airport.

I was so outraged at not being allowed to carry on the milk–something security at four previous airports had allowed–that I posted a candid letter on Facebook to security officials at Heathrow’s Terminal 5 later that night. My post generated a flurry of commentary on aviation security and the struggles of breast-feeding. It resonated with working parents. It eventually went viral and got picked up by news outlets such as The Washington Post, USA Today, Fox News and the BBC.

I wasn’t trying to smuggle expensive perfume onto the plane. I was transporting naturally produced sustenance for my baby. I had breast-fed his brother for a year, and want to do the same for my younger son, despite knowing how exhausting and challenging it is to travel for business and pump.

Being a working mom is the hardest job I’ve ever had. Somewhere between two weeks and three months after giving birth, mothers are forced to either head back to work, or stay home and lose their income. And if they do go back to work and want to continue breast-feeding, they need to carve out 40-60 minutes each day for pumping to produce enough supply. This might be made a little easier if the majority of workplaces actually had rooms designed for nursing mothers, but despite laws requiring companies to provide such space, many moms end up like me in closets or bathroom stalls hoping no one walks in on them.

It’s interesting to note that if I were a British citizen, I wouldn’t have had to lug a block of frozen breast milk around Europe. I would have been home with my son. That’s because parents in the U.K. are entitled to 50 weeks of family leave of which 37 are paid.

As Americans, we claim “family” as one of our core societal values, and yet we are the only industrialized nation without mandatory paid family leave. The only other countries in the world that don’t provide their citizens with paid leave to care for a newborn are Papua New Guinea and Suriname.

This lack of options forces parents to make personal and financial decisions they otherwise might not have made. Breast-feeding isn’t only about nutrition and bonding. Formula is costly and can add another $100 if not more a month to grocery bills of families already struggling under the exceptionally high costs of child care. Even for those states and companies that do offer some type of support during this period known as “child bonding,” it is often only extended to the mother, forcing additional financial stress on the 40 percent of U.S. households in which the mother is either the sole or primary breadwinner.

Labor policies need to be updated to reflect the lives of modern families. Paid family leave not only provides more options in terms of child care and nutrition, but also supports the participation of women in the workforce. For the first time in history, women are outpacing men in earning college degrees, and to ignore or dismiss the needs of this growing segment of the workforce is not only socially antiquated; it’s economically unsound.

Jessica Coakley Martinez ’03 works in security for a private company. Previously, she worked in the counter terrorism division for U.S. Homeland Security.