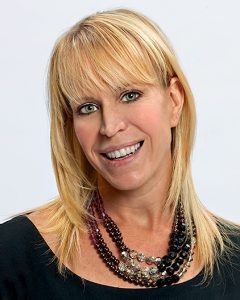 I am the granddaughter of a coal miner. I am the daughter of a retired public school principal. I am the recipient of a master’s degree from an Ivy League institution, now working at her dream job. I am the mother of two Lafayette-educated sons whose futures are shiny and boundless.

Self-actualization is hard to quantify in hindsight, but I often wonder whether this would have been my family’s path if the dean of men at the state university where my father earned his undergraduate degree hadn’t created a clerical job for him that paid $30 a month. Tuition at the time was $150 a semester, so to earn the rest, my father sold cigarettes, pressed trousers, and ran errands for the dean.

At the time, the federal student loan program didn’t exist. It wasn’t until 1958, the year my dad graduated, that the first student loans were offered under the National Defense Education Act to help the United States compete with other countries, namely the Soviet Union.

This certainly was a step in the right direction, but too late for my father, who before enrolling had only saved enough money to attend one semester. Like many young men and women of his generation, what he lacked in financial wherewithal, he made up in tenacity, faith, and a fierce belief that education was the only way forward. He knew he’d find a way to actualize the dream, and he did, courtesy of one person whose generosity made all the difference—not only for my father, but for everyone my father’s life has touched. When I think about the College’s goal to accept the very best students without consideration of their ability to pay, I am reminded of a famous Steve Jobs quote: “You can’t connect the dots looking forward; you can only connect them looking backward. So you have to trust that the dots will somehow connect in your future. You have to trust in something—your gut, destiny, life, karma, whatever.”

My father has since created several scholarships at his alma mater, including one in honor of his benefactor.

As you’ve no doubt figured out, this column isn’t about my dad, although I am incredibly proud to be his daughter; it’s about the ripples of generosity in supporting the potential of someone you’ve never met.

You’ll read about a scholarship started by Susan Carras ’76 and Barb Levy ’77 to  help the next generation of women at Lafayette. Inaugural recipient Margaret Schiazza ’20 plans to major in neuroscience and has aspirations of medical school. Her future is full of promise. Likewise, sustainability guru Joel Cesare ’04, profiled on the cover, received a scholarship as did other alumni featured in this issue.

When I think about the future of Lafayette and the students who have yet to grace our campus or haven’t even been born, I am certain the generosity of our community will echo forward in ways we can only imagine.

In that I trust.