During my senior year at Lafayette College, I read “The Many Lives of Robert Johnstone: How a Soldier’s Wish for Peace Is Still Making a Difference” in the fall 2016 issue of Lafayette magazine. The article caught my attention because my grandfather mentioned this event in a 1946 letter he sent home while serving in the U.S. Army during World War II. 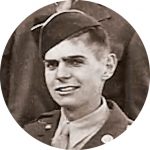 My grandfather, Henry Dennis Keough, was raised in Summit, N.J., and at the age of 18 enlisted in the Army at Fort Dix, N.J. He went through basic training at Camp Croft in Spartanburg, S.C., and completed paratrooper training in Fort Benning, Ga. Upon completion of his training, the U.S. declared victory in the Pacific, but he was given orders to serve in the U.S. Occupational Forces in Japan, which he did from 1945 to 1947. 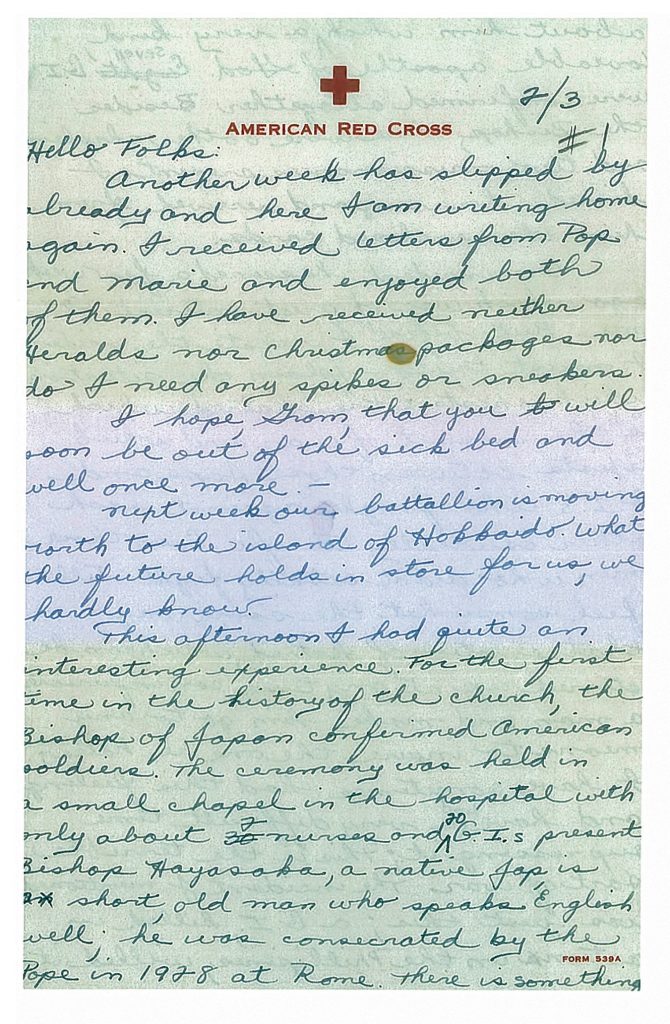 During that time he wrote heartfelt letters to his family describing life as a private in the Army. He also documented the many aspects of emotions and conditions that he experienced as a young man who came to maturity during the turmoil of World War II.

My father and I discovered these letters last year while cleaning out my 90-year-old grandfather’s home in anticipation of moving him to an assisted-living facility in New Jersey, where he now resides. We thought it would be interesting to archive the letters in a binder. There were about 40 in all. These letters form a sort of time capsule in which we see life through the eyes of a young man similiar to my own age.

In a letter dated Feb. 3, 1946, my grandfather writes about his impression of a heroic act of love between an American soldier and the Japanese people.

The following is an excerpt from that letter:

“An incident happened a few weeks ago, which was of great interest to me. But before I relate the incident I must try to explain the situation which exists: The hatred which is the result of war and which exists between those Japs and GIs who fought against each other is really terrific. Even those men who didn’t actually fight still feel somewhat the same way; that emotion of hatred, which can be stirred up at any time, can infuriate a man and make him go to any means to injure the one he hates. I have sometimes had this feeling and have had a very difficult time suppressing it; this is the terrible part of war.

“The incident I mentioned was just this: A GI killed in action in the Philippines willed that his GI Insurance Policy should be used as a scholarship at Lafayette College in order to train a Jap for the missionary field. How do you like that? That man was big enough to disown that feeling of hatred and replace it with one of love. Surely, this must be what Our Lord meant when he said, ‘Thou shalt Love thy enemy,’ that act of Love was like lighting a match on a pitch-black night.

“I hope that acts of kindness and heroism continue throughout Lafayette College and the world by turning ‘feelings of hatred’ into ‘acts of love.’”

I wonder if my grandfather could have ever imagined that 71 years later his grandson would graduate from Lafayette College.

Editor’s note: Robert Johnstone was a 19-year-old Lafayette student killed in the Philippines in 1945. His parents created a scholarship in his name for a Japanese student in hopes of fostering peace. See magazine.lafayette.edu/fall2016.

Ezra Keough ’17 (Basking Ridge, N.J.) earned a bachelor’s degree with a major in engineering studies and a minor in architecture.