On July 31, 1790, Philadelphia Quaker Samuel Hopkins received the first American patent for his process to produce large volumes of potash by burning raw ashes in a furnace and dissolving and boiling them in water.

Since then, millions of U.S. patents have been issued, each a highly coveted validation of an inventor’s vision and creativity and an embrace of the age-old hope that ideas can somehow be spun into gold.

Patents are held across the Lafayette community for innovations ranging from a better bicycle lock to a device that helps preserve free speech. All of them are a reflection of the College’s distinctive blend of liberal arts, engineering, and entrepreneurship. Here’s a look at the inspirations behind a sampling of patents held by alumni and faculty.

A holder of close to a dozen patents, Olivo secured  his first by developing a V-chip to help parents prevent their children from calling adult telephone hotlines. It was later adapted into products to filter television programming.

Olivo’s invention was conceived when he started at New York University School of Law in 1986. Then Attorney General Edwin Meese was seeking to outlaw dial-a-porn, which turned into a censorship issue involving the ACLU.

“I said we can have our cake and eat it, too, by protecting the kids with this inexpensive device  and not kill free speech,” says Olivo.

“A brother of my college girlfriend worked in advertising for Stroh’s Brewery. Over a chilled beverage one Friday afternoon we were discussing ways to improve upon neon beer signs that then and now are made using a bent glass tube,” says Schaffer, who shares the patent with two of his Duke University professors. “We wanted a flat neon sign that could be used, for example, in the sliding glass doors on WaWa’s drink coolers.”

The impromptu chat resulted in patents in the U.S. and Australia. “We sold the rights to Stroh’s, and my share of the profits became the down payment for the first house I purchased, where I lived for my last two years in grad school,” Schaffer says. 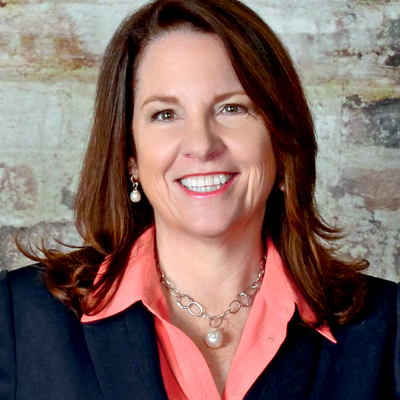 “Our client banks get up to 10 times more new accounts with customers, and their customers better understand why each banking product meets their needs.” Julie Fleener Hamrick ’81, founder and chief operating officer, Ignite Sales Inc.

Implementing a practical application of pattern-matching technology in the banking industry was Hamrick’s goal when she co-founded Ignite Sales with one of her sisters.

“I’d experienced the transformational impact of data modeling throughout my career in the steelmaking and aviation industries,” she says. “Bringing it to life for everyday financial decisions in the banking industry has been very fulfilling.”

After a couple years of research and development, they set out to test their algorithms and built them into a software service for big banks such as Citibank and Wells Fargo. Capturing data anonymously from customers provided the basis for their pattern-matching algorithms—specifically to match customers’ needs to the wide portfolio of a bank’s products. Ignite received its initial patent in 2001 and has other patents pending.

“The results have been the most exciting part of the endeavor,” Hamrick says. “Our client banks get up to 10 times more new accounts with customers, and their customers better understand why each banking product meets their needs.” 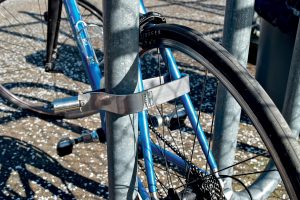 “I decided to try and make one that weighed just a pound and built a business around it,” he says.

His patented idea resulted in the titanium TiGr mini bike lock. Initially funded by a Kickstarter campaign, the lock weighs 16.5 ounces and is elegantly designed and easy to use and store. Of his 20 patents, it’s Loughlin’s favorite.

“It was a new way to improve bicycle security,” he says. “We started selling them to a niche market and now have customers across the globe.”

Sports Illustrated ranked TiGr first in its top 10 list of bicycle locks for 2017.

It was a $100 million patent for Lester.

Lester built his first engine at age 11, but it was his design and development of V6 exhaust manifold runners that earned him his first of several patents and saved his employer a bundle.

“We came up with a design to cast the exhaust manifold directly into the cylinder head of V6 engines, saving costs and reducing the complexity
of the engineering design,” he says. “It’s always exciting to receive a patent, but having the first result in such a savings for GM was very satisfying professionally.”

Pond scum, corn, and soybeans may not sound like the quintessential ingredients for academic research or a patent, but as part of her Ph.D. research, Soh helped develop an economical green process that extracts lipids from algae and plant oils for biodiesel production. Her patent includes any type of biomass for fuel sources.

Using pressure and heat, similar to the way coffee is decaffeinated, the method extracts the fatty molecules and transforms them into a usable biofuel. Soh holds the patent with Julie Zimmerman, assistant director for research at the Center for Green Chemistry and Green Engineering at the Yale School of Forestry and Environmental Studies. 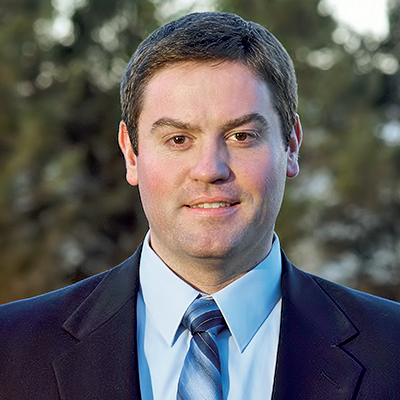 Hontz was leading the new product development team in Lutron’s motorized shading business when a request came in for motorized draperies.

“We had been selling them for a number of years, but our customer required a special feature,” he says. “In hospitality applications it’s required that a hotel room occupant can manually open the draperies in case of fire. The drives we sold at the time would not allow manual movement of the drapery; only the motor could move the fabric along the track.”

With that request came an opportunity to win a large contract with a high-end hotel chain and justification for the engineering investment.

By adjusting the existing design, he came up with a concept that would allow the motor to move the fabric when it was running but otherwise would disengage so an occupant could move it manually.

The patent for the motorized drive unit assembly was granted in the U.S. in 2015, in Europe in 2016, and was also filed in other jurisdictions internationally.

Jain took what had always been a jumble of wires on the typical office desk and organized them into a combined handset and base for teleconferencing. 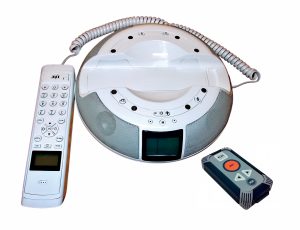 VoiceFocus, a device developed in collaboration with Hong Kong Applied Science and Technology Research Institute, enables clear conference calls from any source—landline, mobile phone, or computer. It won the Design and Engineering Showcase Award at the 2011 International Consumer Electronics Show.

Jain also has a patent for a digital voice recorder and a document management system, which were developed for the Army to streamline its medical information systems.

“These inventions moved their casualty triage notes from a paper form to a networked device that leveraged speech recognition and interfaced seamlessly with hospital systems,” Jain says.

“These successes have their origin in the many hands-on engineering courses I took at Lafayette and in no small part to the speech technology elective offered by Professor [Ismail] Jouny, which triggered what’s been a career in speech technology development.”

Hummel holds patents for devices that help orthopedic surgeons perform their operations with precision and safety.

A screwdriver of sorts, Hummel’s universal driver was designed to install a screw at up to a 90-degree angle, allowing a surgeon to delicately place a screw around a blind corner without needing a line of sight.

“A surgeon can use this instrument to reach around a corner to insert a bone screw using minimally invasive surgical methods,” he says.

Hummel’s second patent is for a driver that’s instantly calibrated to limit the torque that can be applied to a bone screw, thereby improving patient safety. The driver is part of a custom “toolbox” with one handle and multiple drivers to tighten a variety of screws such as Phillips, Torx, and Allen.

Fares Ani ’14 was traveling to Damascus, Syria, in 2007 with his parents to visit family when the airline lost his suitcase, which contained enough clothes for the month-long visit. 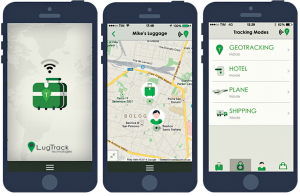 Patented Intelligent Tracking Technology gives unprecedented levels of both near and far locational data to ensure that travelers’ luggage gets to where they’re going.

“They told us they weren’t sure where it was or when it would arrive,” says Ani, who earned a B.S. in neuroscience and is pursuing a medical degree at St. George’s University in Grenada. “All I had was a T-shirt and jeans, and it was really hot out.”

The experience led to Ani’s idea for a luggage tracking system, and in 2012 a patent was issued for LugTrack. The device leverages GPS, GSM, WiFi, and Bluetooth to provide travelers with real-time data on their luggage. Through a module placed inside one’s luggage, LugTrack gathers and stores information about the whereabouts of a bag at any given time, as well as when it might have been opened, and sends that information via SMS messages to a user’s mobile device.

“I haven’t lost my luggage since,” he says.