If someone would have told Karen Pompanella ’88 when she was in high school that one day she’d be in a position to create a named financial aid scholarship at Lafayette, she would have scoffed. That’s because when she was looking at colleges 30 years ago, she never thought her family would be able to afford such a place. 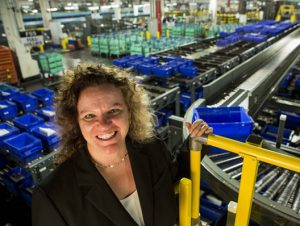 Tuition at the time was more than her father earned in a year as a high school history and psychology teacher in Johnstown, Pa.

“How could I possibly go to a school like this?” she recalls saying after visiting the campus the summer before her senior year in high school.

“Don’t worry about it,” her father advised. “You look at schools, and we’ll figure it out.”

She made a list and checked out four other institutions, but none of them compared to the beauty of Lafayette’s campus or the friendliness of the College’s admissions staff. “Everyone was so welcoming,” she says.

So when she received Lafayette’s letter of acceptance and financial aid package, she was elated.

“It was actually doable for my family,” says Pompanella, who received a variety of loans and grants along with a 10-hour-a-week work-study job in Skillman Library.

After graduating with an A.B. in engineering (now known as engineering studies) Pompanella earned an MBA from University of Maryland. She never forgot the college that gave “a kid from the middle of Pennsylvania” a first-rate education.

She couldn’t afford to give a lot at first; her initial gift in 1991 was $100 to the annual fund and $40 to Skillman Library. The amount increased commensurate with every job promotion and pay raise she received.

With the launch of the President’s Challenge for Financial Aid during the Live Connected, Lead Change campaign, John Leone, senior associate director of major gifts, let her know that the Board of Trustees had agreed to match 50% of a donor’s pledge.

“The timing was right,” she says of her second $50,000 gift, which extended the Karen A. Pompanella ’88 Financial Aid Scholarship for another five years. 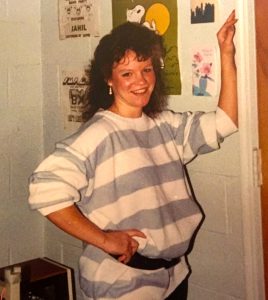 “I was in tears when I got the paperwork from John,” says Pompanella. “So many people gave money so I could come to Lafayette. I have no idea what admissions saw in me. My Lafayette classmates were clearly better prepared than me for the rigors of college.”

That may have been the case when she first came to campus, but Lafayette’s focus on building critical thinking skills has served her well, she says.  Now manager of the U.S. Postal Services’ Facilities Construction Category Management Center, Pompanella oversees a team of 40 employees responsible for procurement of construction materials. Previously, she managed the agency’s $6 billion transportation portfolio and 140 employees.

“The College puts such an emphasis on writing and speaking,” she says. “You can be the brightest person in the room, but if you can’t communicate your thoughts, it’s not going to go anywhere.”

Pompanella hopes her scholarship will empower another young person from modest means to realize their dreams.

“Here I am, 30 years after graduating from Lafayette, in a most fortunate position to give back,” she says. “It’s humbling.”