In the midst of a $400 million campaign, President Alison Byerly challenged the community to do even more: place Lafayette among elite institutions that admit the very best students without considering their family finances.

It was 2016, and Lafayette’s applicant pool was the largest and strongest in the College’s history.

“Monica,” an applicant who wanted to study engineering, was described by an admissions officer as someone “whose blend of intelligence and confidence … could light up Lafayette.”

“Katya’s” application included this recommendation from a teacher: “A meticulous and eager learner with intellectual maturity… The strongest I have taught in 25 years.”

As for “Preston,” the admissions office found him to be “quietly but intentionally reaching for his considerable potential with self-actualization, grace, and efficiency.”

But don’t look for Monica, Katya, or Preston at Reunion. They could not afford to pay for a Lafayette education, and the College did not have enough financial aid to say, “We want you here, anyway.”

“Imagine the contributions they could have made,” says Matt Hyde, dean of admissions. “The education we offer is strongest when students can live and learn with peers from different backgrounds. When we turn away students just because they cannot pay the cost of attendance, our community suffers.”

Turning away students like Monica, Katya, and Preston also presented a long-term threat to Lafayette. Because even though the quality and diversity of the College’s entering students had improved each year for five years running, Lafayette was winning a short-term enrollment battle while losing a long-term financial aid war. Each year, more and more top students were choosing schools with significantly larger financial aid budgets. 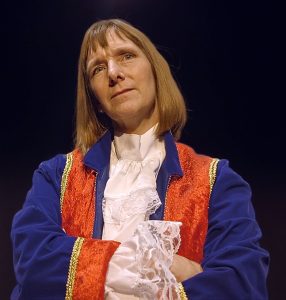 President Alison Byerly dressed as the Marquis to lip-sync “Guns and Ships” from Hamilton as part of her financial aid challenge to help students like Chloe Ortega ’19 (below) and Saeed Malami ’20 (below), who says, “You never really know the extent to which the support that you give can change someone’s life. It means the world.”

That is why President Alison Byerly—fewer than 30 months after her 2013 inauguration and with fewer than three years left in the Live Connected, Lead Change Campaign—challenged Lafayette to do more. The campaign’s goal for financial aid went from $60 million to $85 million, with a plan to raise another $40 million after the overall campaign closed. The President’s Challenge for Financial Aid was born.

“Admitting students regardless of their financial circumstances is one of the characteristics that distinguish the very best colleges, and Lafayette must join the ranks of those schools,” Byerly said at the time. One alumnus labeled it Lafayette’s “boldest move since the admission of women.”

It is a heavy lift.

“If you didn’t have doubts about doing this, you didn’t have a Lafayette education,” jokes David M. Roth ’70, who was among an initial group of trustees who created the $10 million matching gift fund that formed the basis of the President’s Challenge. Asked what allayed his doubts, Roth recalls an exercise in which two groups of trustees were given the same student applications and asked whom they would admit, and why. The catch? One trustee group had limited financial aid to offer; the second group did not need to worry about whether the students could pay. 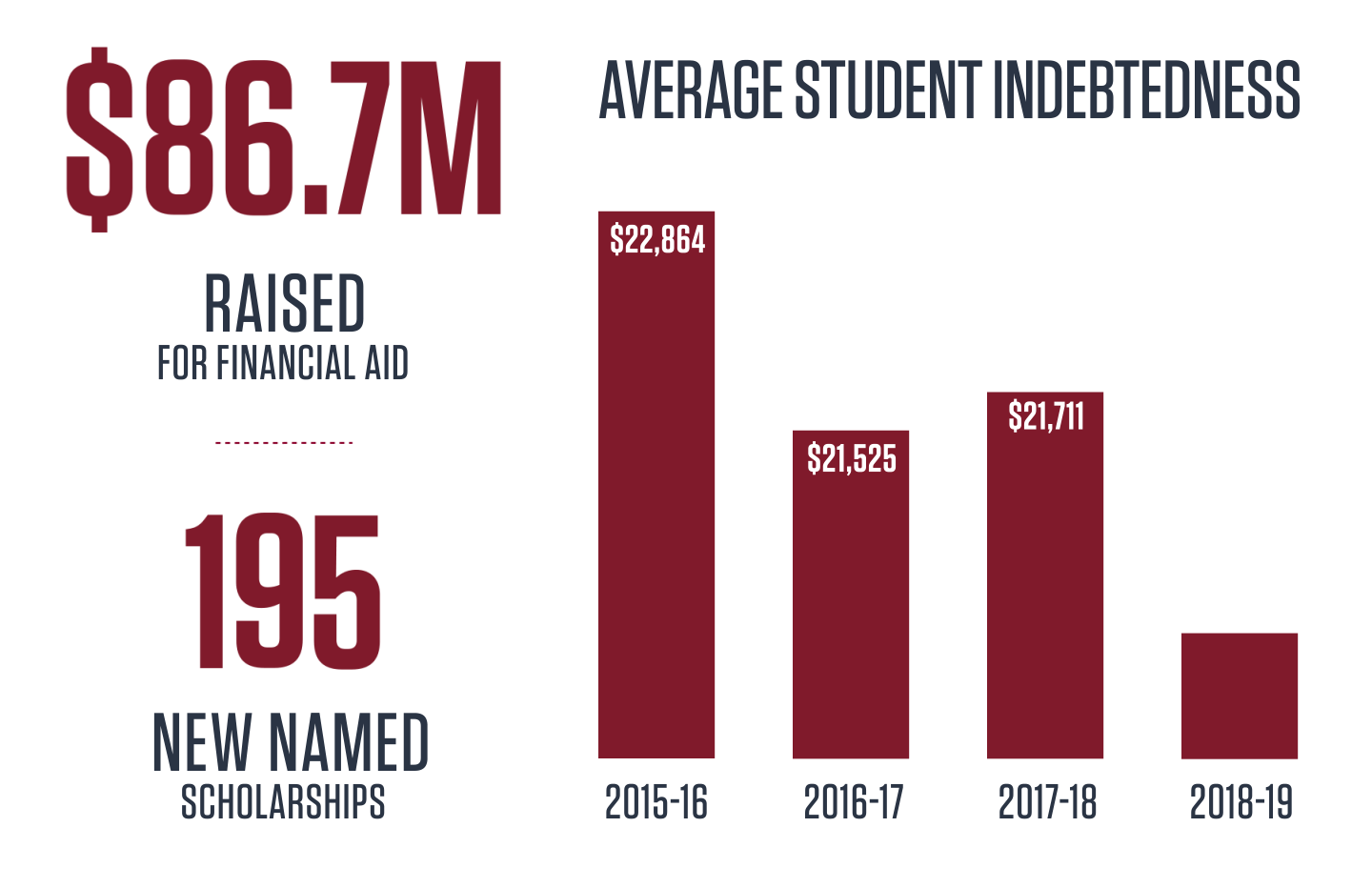 “It was eye-opening,” Roth says. “When you have enough financial aid, you can build the strongest possible student body. The imperative was clear.”

“I’ve seen through my own children (Tricia ’16 and Jack ’18) how their educations and preparation for life—their personal growth and empathy—were strengthened by learning and building relationships with students whose diverse backgrounds had created a community that was much broader, and much more like the real world, than the Lafayette I attended 30 years ago,” he says. “Making Lafayette affordable to a wide group of students is critically important to preparing students to contribute to society in impactful ways.” 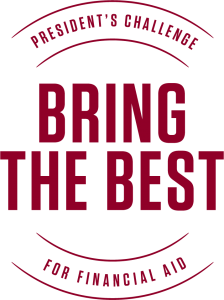 Serious causes are sometimes propelled by lighter approaches. For example, Byerly had noticed that her most-viewed social media post to that point was getting soaked in the ice-bucket challenge to fight ALS. So the President’s Challenge was introduced through a series of promotional videos that didn’t explain what it was, exactly. Each video merely ended with Byerly asking, “Are you ready to take the President’s Challenge?” The effort debuted as an online day of giving on Founders’ Day, March 9, 2017.

The president flipped pancakes in a contest with Chicago Cubs manager Joe Maddon ’76 before a Lafayette–Lehigh game; “used” her English Ph.D. to challenge David Nice, associate professor of physics, to see who was faster at math; and channeled her inner high school band geek in a flute audition against musician Laura Tralongo ’17. But it was Byerly’s fully clothed cannonball in a “diving” challenge against student-athlete Issaiah Coldren ’17 that left viewers laughing the loudest.

“When I saw that, my first thought was: ‘She’s all in,’” says Trustee Roth. “It was a brilliant way of reflecting how important this is to her personally, and in her position as president.”

Or in the words of English Professor Pat Donahue, who created a student scholarship: “A little whimsy is a good thing!”

Admitting students regardless of their financial circumstances is one of the characteristics that distinguishes the very best colleges, and Lafayette must join the ranks of those schools.

The second year, faculty, staff, and students participated in lip-syncing contests, led by a Marquis-costumed Byerly giving her rendition of “Guns and Ships” from the musical Hamilton. The third year included a return visit by Maddon for a pitch-hit-and-run contest against the president. The three one-day challenges raised more than $3 million combined. More importantly, total giving for financial aid during Live Connected, Lead Change topped the $85 million goal, and the College is on track to ultimately raise $125 million for financial aid by 2026.

“The videos might be surprising or even embarrassing, but I hope the underlying message that comes through is that this is my signature goal for Lafayette’s future, and this is important to our entire community,” Byerly says. “I’m willing to do anything to promote financial aid—and so are many of our faculty, staff, and students!”

Having more financial aid to offer improves the College’s competitive position against aspirational peers, provides the transformational impact of a Lafayette education to students who otherwise would not be able to afford it, and makes studying on College Hill more impactful for everyone by creating a more diverse student body.

A student body that includes young scholars like Lillian Kennedy ’19, a mechanical engineering major with a French minor from East Williston, N.Y., who says, “Being the youngest of three, I definitely needed a scholarship. No one in my family has ever been a rower. No one has studied abroad. And I think my family is really grateful to Lafayette for giving me these opportunities, because they’ve seen how much I’ve grown.” 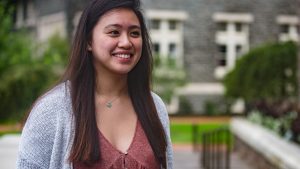 And Chloe Ortega ’19, a biology and English double major from Gurney, Ill., who says, “I’m real excited that my sister is looking into colleges now, and that my brother knows that that is the next step for him. But the conversation of college itself would have never been a topic if I wasn’t given the resources to make that choice.” 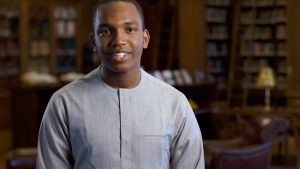 And Saeed Malami ’20, a computer science and government & law double major from Abuja, Nigeria, who says, “You never really know the extent to which the support that you give can change someone’s life. It means the world.”

Forrest Stuart applied to become assistant vice president for financial aid, a post he assumed in January 2019, because he was “inspired by the use of ‘linchpin’ to describe the importance of financial aid to Lafayette’s long-term success,” he says. “I knew Lafayette would be unwavering in the goal of becoming need-blind in the admission of talented students from around the world.”

For the president behind the challenge, it’s pretty simple: “Nothing we do,” Byerly says, “will mean more to Lafayette’s future.”