As director of Rain Bird Corp., one of the world’s largest manufacturers of irrigation equipment, Heidi Ludwick Hanson ’91 recognizes the positive impact technology can make in a rapidly changing world. 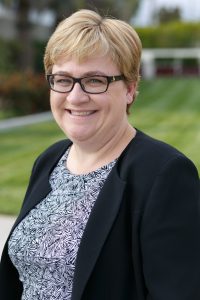 “Our business is founded on the idea of people trying to find ways to do things better,” she says of the company started by her grandparents s in the 1930s. “If you don’t have the science and technology and engineering base, you can’t make improvements to the world.”

In 2017, Hanson and her husband, Daniel, committed the lead gift to create the Daniel and Heidi ’91 Hanson Center for Inclusive STEM Education at the College. The Hanson Center will be housed in the new Rockwell Integrated Sciences Center, which will open this fall. It will serve as the home for research and programming and address the national need to recruit more women and underrepresented minorities to the sciences.

The Hansons’ gift builds on the couple’s long-standing support of underrepresented student groups. In 2009, they supported the Summer Program to Advance Leadership in Science, Technology, Engineering, and Mathematics. This six-week experience provides academic support for pre-college students, while exposing them to college life and the surrounding community.

The Hanson Center could not come at a more opportune time. Lafayette remains focused on admitting highly capable students without regard for family finances and growing the size of the College, including underrepresented populations in STEM fields. “It is clear that we need everyone’s talents in science and engineering,” says Abu Rizvi, professor of economics and former provost. “The Hansons’ longstanding and admirable commitment to advancing inclusion in STEM education has already helped dozens of students succeed in achieving their goals. The establishment of a center in their name highlights Lafayette’s leadership in inclusive STEM education.”