Writing is as vital as nutrition to Jenn Rossmann. Without a daily intake, she often feels as if something is missing from her intellectual diet.

Her passion for writing began in elementary school when she would mimic stories from the Encyclopedia Brown mystery series and pass them along to her friends.

“I also enjoyed engineering and studied that, and always kept reading and writing because that’s part of me too,” she says. “I minored in English, but if I had gone to a place like Lafayette, it might have been possible to double major.”

Between labs, classes, working with her students, and tending to the joys and demands of family life, Rossmann, professor of mechanical engineering, has found a way to balance both of her passions, even though it seems there’s never quite enough time to devote to writing.

Along with her nationally recognized research in fluid dynamics, Rossmann also has gained attention as an author. Her latest endeavors include essays for a series called An Engineer Reads a Novel for Public Books and her first novel, released this fall, The Place You’re Supposed to Laugh, a story about the struggles of a Silicon Valley family after the dot-com crash and 9/11 attacks.

In the academic arena, she is co-author of Introduction to Engineering Mechanics, now in its second edition.

“Getting involved in the An Engineer Reads a Novel series was serendipitous,” Rossmann says. “I read constantly, and I’m a big fan of literary fiction, classic and contemporary, always reading whatever is out new. I had read this one book, Station Eleven, which is about a post-apocalyptic world and how will people survive and is survival even enough. It’s about art and theater, and the things that sustain us and fulfill us, beyond just surviving.”

She enjoyed the novel but had some bones to pick about how it portrayed the rebuilding of society, notably how it took for granted that the knowledge to create technology had been lost with the death of so many humans.

“That’s weird, I thought. People make technology—somebody will figure out how to make the lights come on again,” Rossmann recalls saying to herself. “People made lights come on to begin with; people made airplanes fly. It seemed like a curious misunderstanding of how science and technology are created.”

She recorded her reactions to the novel in an essay but didn’t know what to do with it.

A friend and colleague of hers, Benjamin Cohen, associate professor of engineering studies, suggested that she submit it to Public Books, for which he writes. Her work was accepted, along with her query to support a regular series featuring an engineer’s viewpoint about how technology and society interact in fiction and nonfiction. 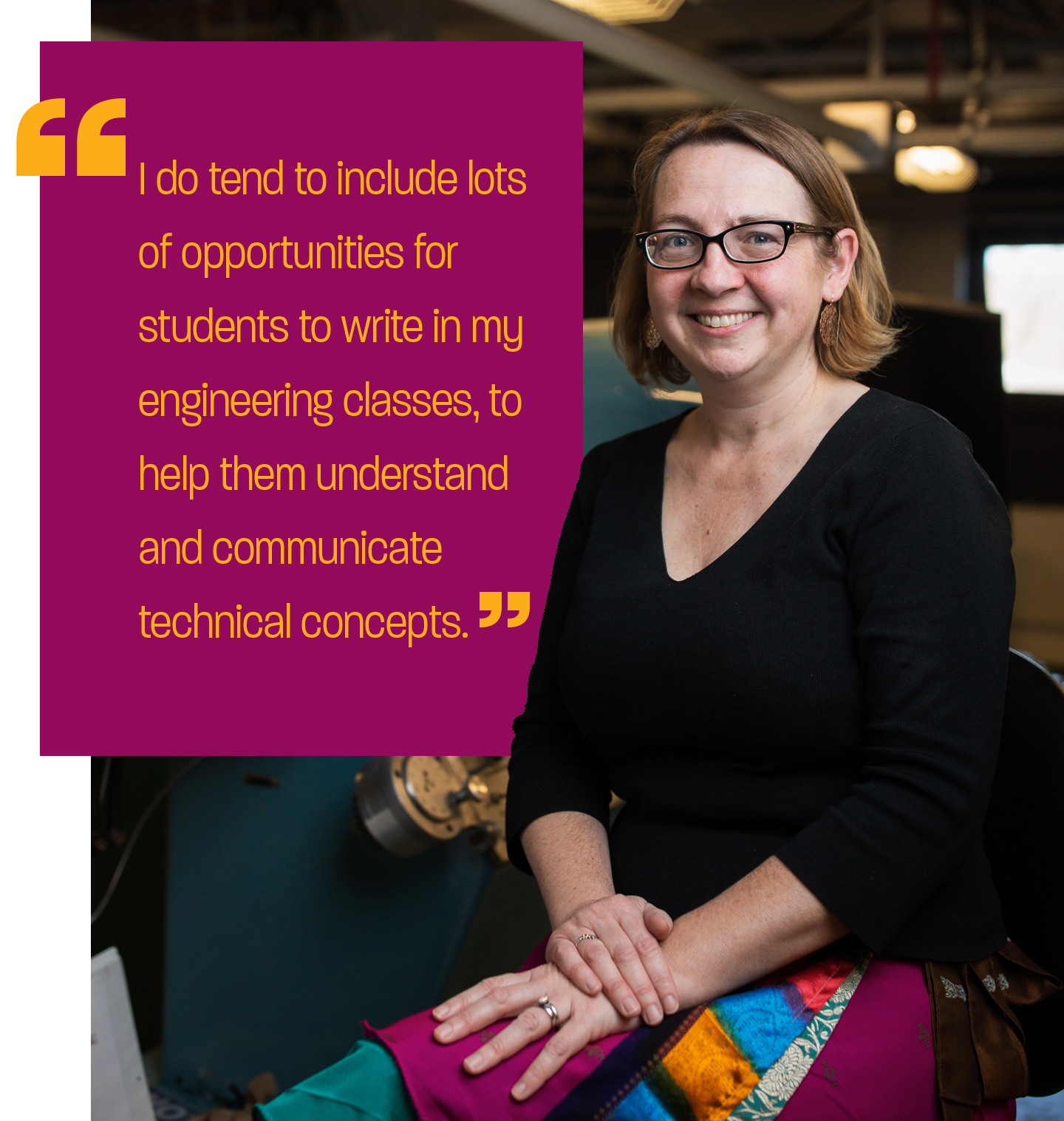 “I’m using literary analysis of contemporary novels to critique the societal role, responsibilities, and culture of engineering and STEM and to advocate for what I call ‘technological citizenship,’ which is a general understanding of how technology is developed and distributed, and an appreciation that it’s a social construct,” she notes.

Rossmann says she’s endlessly fascinated by the way close readings of fiction (and movies and art) can be a constructive tool for the formation of engineering identity and a window into technology’s role in society.

“So every few months I get to write about this,” she says. “I get books in the mail, the most wonderful thing. My homework is to read them and think about them.” 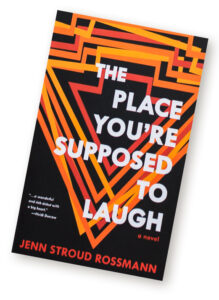 The Place You’re Supposed to Laugh is not autobiographical but was informed by Rossmann’s experience living in the San Francisco Bay Area when Silicon Valley was booming for the first time.

“The book is set in a world that’s very familiar to me,” says Rossmann, whose characters try to understand how to interact with one another while trying to navigate through their unexpected financial instability. “Many households dealt with the economic earthquake,” she adds. The novel has received strong notices; Kirkus Reviews called it “A thoughtful, caring examination of race, class, and wealth in America.”

Writing and Literature as Learning Tools

“I do tend to include lots of opportunities for students to write in my engineering classes, to help them understand and communicate technical concepts,” Rossmann says. “In one of my classes, cross-listed in American studies and engineering science, I teach a kind of techno-cultural history of America, with various engineering products as both reflections of and impacts on society.”

For example, her students learn about how the car works and how it was developed, then they read The Great Gatsby, some Steinbeck, and some Kerouac. “We consider how the automobile and steel industries played into the Great Migration of African Americans from the South to northern cities and factories, and what cultural products grew out of that.”

“I have a job that I love, which is very time- and energy-consuming,” she says. “I also really love writing.  There have been times when I focus only on my real job, and when I don’t make time for reading or writing, it just doesn’t feel right, and I try to correct that.

“It’s always a struggle and never the best time that I give to the writing. It’s always the time after the other stuff is done, or in between more urgent matters.”

Rossmann says she hopes Lafayette students will have a range of interests, “and that the liberal education at Lafayette gives them a number of lenses through which to see the world.”